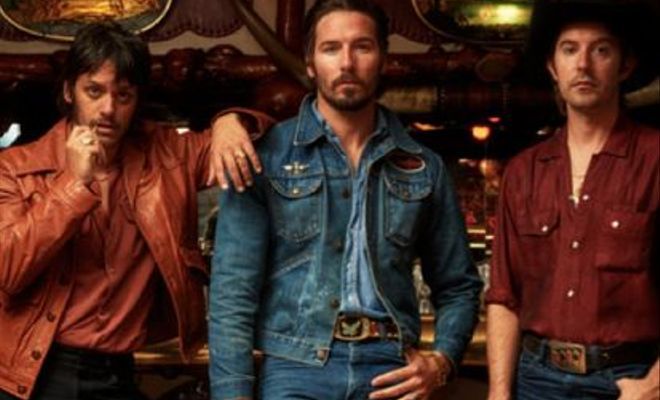 This is a republished post, posted again for reader visibility and edited for past grammatical errors/sentence structure issues. This originally served as The Musical Divide’s opening post.

Midland’s debut single, “Drinkin’ Problem,” is a remarkably solid, albeit non-groundbreaking hit that cements the band as one more act to throw their hats into the whole “neo-traditional” revival emanating around Nashville these days.

At its core, this is a standard drinking song in country music where the drinking is done to forget a heartache. I do think there are some little details that stamp this as a good song rather than just an average one. For starters, the hook is great (“People say I got a drinking problem but I got no problem drinking at all”), and the sound does compliment the airy atmosphere (the pedal steel is a great fit, too). I also enjoy how the denial is coming straight from the narrator. In a sense of dramatic irony, we all know he isn’t all right, but he spends his time telling you he’s fine because, let’s face it, do we ever admit it when we have a problem … with anything?

Where I’m not quite as sold is frontman Mark Wystrach. He’s got a great, unique voice, but he’s not adept at conveying subtlety quite yet. I have a feeling he’d be a killer balladeer, but here, he doesn’t convey the necessary emotion to really sell this song. It feels a little disconnected from the melancholy vibe that would really anchor this song in.

Overall, though, like I said, this is a solid song that makes me excited to hear more from Midland. I don’t care about their backstory. As long as the music is good (which it is in this case), I’m sold.

Midland is composed of: