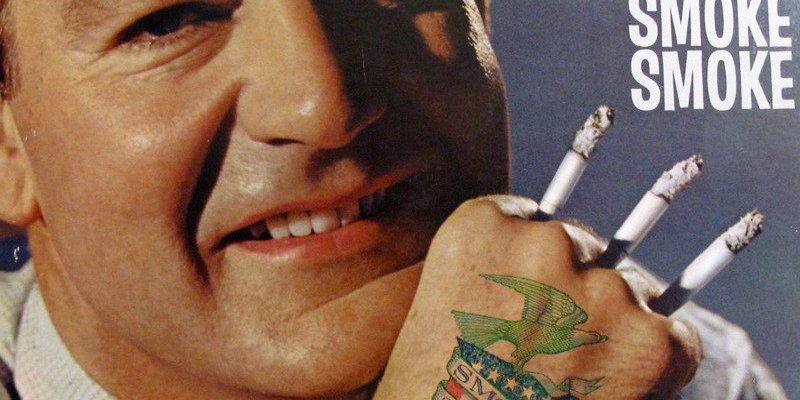 Pop Goes The Country is an ongoing feature where I explore country music’s biggest crossover hits.

The spirit of the early American pioneers lived on well into the 20th century. Nowhere was this more evident than in the 1930s when Southwesterners churned out some of the most lively and enduring music in our history, even in the face of dust storms and the Great Depression.

Through this hardship, two of country music’s most important styles emerged – western swing and the western songs of the singing cowboys. While there are distinct differences between the two, lumping them together as one common entity is not unheard of. After all, the songs of each style commonly revolved around themes of land, agriculture and livestock, and the clothing worn by the stars of each style was quite similar.

Beyond this though, the songs themselves seemed to spring from the same sources – the cowboy folk songs of previous decades, the influence of jazz and pop music only recently available to all through radio, and the inescapable presence of Jimmie Rodgers.

So what was the difference then? Simply put, western swing reached for commonality while the cowboys reached for romance.

With that out of the way, let’s talk about cigarettes.

In contrast to its symbolism today of death and disease, from the early 1900s to around the 1960s, the cigarette was a symbol of sophistication and sexual allure. Simply put, it was a prized commodity by pretty much every American. If you want examples of what cigarette advertising looked like in the ’30s, I’d advise you to visit this page. Even if you don’t necessarily need an explanation, take a quick look anyway.

Notice what these advertisements are selling – relief. One advertisement toward the bottom says, “they do the job they’re meant to do – they satisfy.” To a depressed economy in the ’30s, escapism and relief was more important than ever. Satisfaction of any kind was welcome. Yes, they advertise a commonality just like western swing did, but it was a commonality veiled by corporate greed that didn’t give a damn whether you actually got your relief or not.

Tex Williams’ “Smoke! Smoke! Smoke! That Cigarette” is described now as a novelty song, but its jovial humor actually carried quite a bit of serious honesty to it. In terms of “commonality,” this song reached out and connected with an audience who was addicted and couldn’t stop.

By no means is Williams criticizing the cigarette even though the first verse might say otherwise at first. He’s a self-aware smoker who loves them, but he is criticizing the maker of them for bringing on health concerns and that addictive nature.

Sure, the song indulges in the fantasies of an interrupted poker game and a hot date due to his addiction, but the feeling is certainly quite real and serious. Nowhere does this man find the relief he was promised, not even in death.

This brings us to a conversation of “escape” and another comparison of western swing and the singing cowboys. A live western swing show was a muggy night of socializing and dancing to that joyful, irresistible beat belied by the sorrow of the lyric. Tomorrow would come eventually, but for one night, people lived in the here and now.

In contrast, the escape offered from singing cowboys was idealized and purely in the realm of fantasy. It spoke of the ideal cowboy life previously seen in the 19th century, where the cowboy answered to nothing except nature itself. He lived and died by his own skills and resources. It’s no wonder why the cowboy fantasy is so popular among the youth to this day.

There was no escaping the pain evident in Williams’ crossover smash though. In fact, one has to wonder if it’s pain or just sick, twisted humor that shines through in the song. His fast-paced, signature spoken word dialogue sounds like a precursor to some of Johnny Cash’s material, but it also symbolizes time running out and a desperate man with no answers.

The song, which Williams wrote with Merle Travis, spent 16 non-consecutive weeks at No. 1 on the Billboard Hot Country Songs chart. It became a pop No. 1 hit in August 1947.

I’d like to give a special thanks to the following sources for providing some necessary background information to this piece: