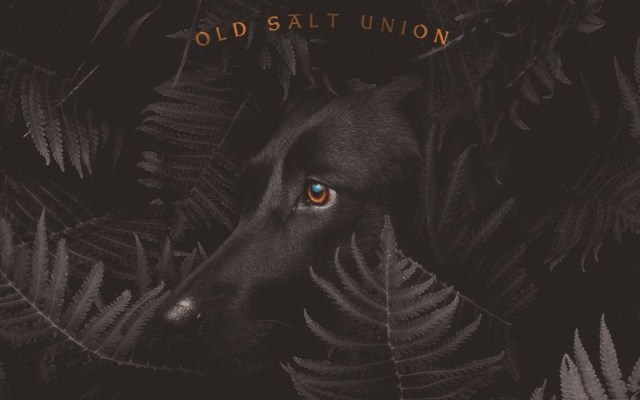 The short version: Old Salt Union deliver their most consistent and darkest project to date with ‘Where The Dogs Don’t Bite.’

The long version: Bluegrass music is hard to review.

Of course, by saying that, I’m alluding to the fact it might have some usual faults, which isn’t always the case. Honestly, much of the genre, particularly music that sticks with its traditional roots, tends to play better to a live audience, with the studio performances being good, but still lacking.

As such, it’s the artists and bands that play to a more experimental sound that often end up catching my interest, personally, if only because there’s a tighter magic to what they craft in the studio and the live show.

Now, there’s also a certain kind of experimental bluegrass that seems to get too lost in its vision, hence why I don’t tend to cover much beyond the Infamous Stringdusters or the Whiskey Shivers. In other words, I’d heartily welcome some new blood to the format.

Old Salt Union aren’t exactly new, but they reintroduced themselves to the world through their 2017 self-titled album release of remixed versions of their older material. And their signing to Compass Records (coincidentally, the home of the aforementioned Infamous Stringdusters, also) along with teaming up with Alison Brown really showed them fine-tuning their sound, even if that album still showed the noticeable marks of a band still trying to find themselves.

In that sense, despite forming in 2012, their newest release, Where The Dogs Don’t Bite, feels like the band has finally honed their sound, resulting in their first truly great project. The technical playing is better than ever and carefully curated on the record, Jesse Farrar and Justin Wallace seem more comfortable, vocally, and the writing takes a darker, sharper turn than what’s otherwise been expected of this band, thus far.

Old Salt Union swap between traditional and experimental bluegrass here more often than they did, previously, yet the results never feel incohesive. Even on the latter tracks, there’s a split dichotomy between how they start and end, yet it’s a testament to their skills as a band that it never feels jarring. And credit really does need to go toward the technical abilities and sequencing, where the band gives enough room for their solos and standout moments to breathe.

Yet for those who’ve never heard Old Salt Union, there’s still the question remaining of what makes their music experimental, to which I’d say there’s always been a classical element to their music. It’s not necessarily symphonic or opting for huge, sweeping moments, but there’s an air of elegance to their material that recalls those classical and baroque textures, which you don’t see often (or at all) in bluegrass.

In other words, you can tell when the violin sounds like a fiddle on more traditionally oriented material like “Tell Me So” and “Heartbroke & Lonesome” and when it sounds like a pure violin on “Hurt Somebody” or the instrumental “Johann’s Breakdown.”

Then, of course, there’s the other key ingredient behind every great bluegrass band – a knack for melody and structure, which the band have. The interweaving of fiddle and either banjo, acoustic guitar, mandolin or heck, all three, often lets the melodies and grooves ride off easy, like the excellent hook and harmonies of “God You Don’t Need,” “Promised Land,” and “Holdin’ On.”

Again, though, many of these songs are able to switch styles seamlessly without anyone noticing. “Ebb & Flow” is a track that’s almost too on the nose with what it’s trying to say, but it’s a moment where the band can experiment with an unconventional melody akin to, say, rock on the verses before switching back to classic bluegrass on the verses.

Yet it’s not until the end of the album that we get the most startling track, a downbeat blues track that’s darker than anything the band’s ever done before, and ends with simmering bass and the full band singing in the form of a backing choir to end the album on a bleaker, but more welcome, note than expected.

Of course, in terms of the album’s lyrics and themes, Where The Dogs Don’t Bite is surprisingly more bitter than I think anyone expected from Old Salt Union. Personally, I’d say it’s a welcome fit, especially when the instrumental bite is still there to provide some levity. Still, it says something that the album opens with a song speaking to the loss of faith and healing following the end of a relationship, a blistering track that’s blunt in its framing and speaks to a deeper subtext than expected.

Sure, there’s still the underlying feeling that certain situations will eventually pass, like on “Ebb & Flow,” but the album never seeks any resolution, instead doubling down hard on the closing title track to sink into the deepest depths of despair. It’s an album that finds its characters in the middle of their battles rather than explaining how they got there or where they’re going, and honestly, it’s refreshing to explore the human psyche, in that sense.

Now, part of why this works also extends to the band’s two vocalists, Farrar and Wallace who swap lead vocal duties. Both are fairly nasally vocalists, to be honest, but they play to their strengths better than previous projects. Farrar’s the one who can sing with more power, which is why “God You Don’t Need” really comes across well with its message, and Wallace handles the downbeat, darker tracks better like on “Hurt Somebody” and the ending title track.

Where The Dogs Don’t Bite, despite being a fairly tight project at ten tracks, also loses a little steam by its middle portion. “Big Dreams, Small Talk” continues the discussion of crushed hopes and pessimism, but does so in a more conventional way that’s typical of a theme beaten to death in multiple genres and eras. And of the more traditionally oriented tracks here, “Heartbroke & Lonesome” is the one track here that feels a tad too generic for the band. It’s a fine song, but it also feels out of place being a standard heartache track that makes the listener want to jam more than think, which is when the album truly shines.

Not to say the album wallows in its darkness forever, though. “Big Dreams, Small Talk” does carry the notion that, while this character is too old to carry out the dreams he had when he was younger, it’s still not too late to forge a new path. And again, the underlying feeling to all of these tracks is that these troubles will pass, but that doesn’t mean there isn’t a battle to fight, even if it’s an internal one. And certain tracks do manage to cut through with more anthemic, upbeat qualities, like the crescendo of “Holdin’ On” that carries quite the momentum to its solo.

Overall, though, if you’re looking for a place to jump onboard with Old Salt Union, this album is the best place to do so. The band’s previous projects all showed potential, but never found the band nailing the consistency all that well. Here, this is an album that feels carefully curated in the vision it sets out, and the album also shows multiple directions for where the band could expand and take their sound next. It may be a tad too polished for certain fans of the genre, or just in general, but it’s worth the time to take a deeper listen. In terms of bluegrass projects, this is one of the best ones you’ll hear this year.

Buy or stream the album!

One thought on “Album Review: Old Salt Union – ‘Where The Dogs Don’t Bite’”