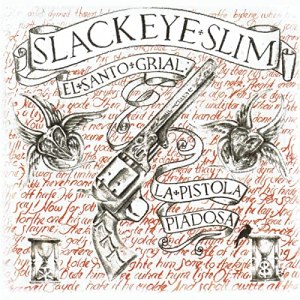 When music historians sit down to write about country music in the 2010s, beyond the obvious blurbs about bro-country and the plight of women basically everywhere, I hope “underground country” is examined with a close eye. It’s not the flashiest news story of the last decade and is largely up to interpretation, but there was a time when underground country died … and then was subsequently reborn as a new entity.

Today, the underground scene and its mainstream counterpart are colliding closer than ever; Tyler Childers and Jason Isbell, for example, are more likely to sell out a show faster than your average male B-list act in mainstream country music. The wide umbrella cast under various names stands for a different underground scene than the one where punk musicians and fans in the ‘90s came together over an ironic love of authentic country music – the same scene that started with Uncle Tupelo and was quickly split between (but still included) traditional acts in Wayne “The Train” Hancock and Dale Watson and acts more fitting for punk and metal backgrounds with Hank Williams III and Th’ Legendary Shack Shakers – alt-country, in other words. This was a scene that couldn’t go mainstream if it tried, but the basic appeal was to offer something alternative to what Nashville was offering as country music anyway.

Again, this is all up to speculation, but for a variety of reasons, underground country almost met its end in the early 2010s; Artists and fans aged and moved on, certain artists who inspired the basic spirit of the movement couldn’t find consistency (think the aforementioned Williams or Shooter Jennings), and the basic premise of uniting by issues, like the reinstatement of Hank Williams to the Grand Ole Opry, the opening and extension of the Williams Family Exhibit at the Country Music Hall of Fame or the fight for creative freedom, quickly became seen as tired, counterproductive issues.

In many ways, I think we’re still trying to answer what exactly comprises this new underground movement, but the one that truly died in the early 2010s was a melting pot of traditional country, bluegrass, blues and Gothic country sounds. Yes, it’s another lengthy introduction to another one of my favorite albums of the decade, and this time I’m not sure I can fully justify it.

For as much as Slackeye Slim (Joe Frankland) fit squarely into that scene with a love for bad western movies and a background in various punk and noise projects, he also didn’t. He always claimed he never intended to be a part of any genre, but it didn’t stop his 2011 album El Santo Grial: La Pistola Piadosa from becoming one of the best western-inspired albums in the dying grasps of the alternative country movement.

Truthfully, the concept for this album isn’t what makes it a unique effort – tales of dastardly outlaws are sort of to be expected on an album like this. No, it’s the approach that puts it in another league; a behemoth in terms of its production style and execution of the concept, finding that wayward soul caught in a literal clash with God that, for as theatrical as its approach sounds, still manages to touch on very real issues concerning ourselves and society at large.

Well, that, and the fact that this album never compromised to reach that goal. Recording environments for these songs included junkyards, an old mansion in Anaconda, Montana, and The Museum of Fine Arts in Butte, just to get the desired atmosphere for each part of the story. The album itself is a menacing mix of western, old school Spanish, gypsy and cowboy narrative tales that one might only expect Johnny Cash or Nick Cave to be able to pull off, with the same added patience coming through in that sound. “Harsh” feels like an understatement, really, but with the clash of percussion, gong bangs, horse braying, and electric guitars and violins serving as cries of the desert wind that sound nearly identical at points, El Santo Grial: La Pistola Piadosa truly takes listeners to a place way out west, if only in their minds.

Equally menacing is Slackeye Slim himself, an acquired taste as a pure singer, yet one who’s owning his role as Drake Savage – a cowboy told from an early age as a sort of prophecy that he’s the “chosen one,” and the album’s goal always centers around what that actually means. “Introducing Drake Savage” is an endlessly quotable psychobilly track that, aside from those fantastic fast-paced guitar licks, goes out of its way to establish the titular character as the bad guy. Yet this album is also intentionally set in a particular time and place – most likely sometime in the west in the 19th century, where Drake Savage often defends his robberies and killings as pure survival techniques. And hey, why solely judge him when the slave-owners he kills and robs from run amok in a town presumably in decay anyway?

The moral ambiguity is intentional, and the twists and turns it takes to further flesh them out are what truly make this an enthralling concept. Townspeople go out of their ways to find salvation in religion, yet Drake Savage both scoffs at the idea as well as tries to understand it. It’s a mental tug of war between living a life of constant survival he doesn’t want to live and trying to understand his childhood prophecy. And yet when all God does for him is provide the titular golden gun so he can continue being the bad guy, it’s a reminder that for all of the battles he’ll win in combat, he’ll ultimately lose the one with himself. Take away the setting and concept and it’s ultimately a story of how, despite being able to take steps to relieve some aspects of our troubles, we can’t control the world we’re born into. A scarier part, however, is that we can’t understand it.

Truthfully, it’s tough to analyze a concept album without giving too much away, but in 2020, Slackeye Slim sadly stands as one of many names from a now-fading time period that received critical acclaim in the face of relative anonymity. In that sense, El Santo Grial: La Pistola Piadosa is something of a buried treasure in the modern day – a near-perfect concept album that never ceases to be amazing or has any noticeable flaws. Even beyond the concept, however, tracks like “Introducing Drake Savage,” “Vengeance Gonna Be My Name,” and “Prayer” are among the best story songs in this particular subset of music, and the core of any excellent album – even a concept album – is excellent songs. Like the concept itself, this is an album that required a rare kind of care, and Slackeye Slim handily delivered that.