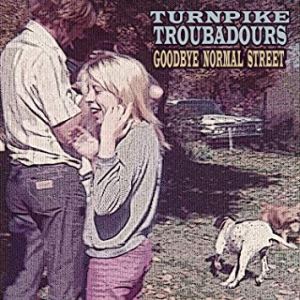 You’ll likely either see this as a joyous celebration or a sad reminder of what once was … that is, if you know the Turnpike Troubadours.

On a basic level, they’re an Oklahoma country band that released several excellent records in the past decade, and they did it all while remaining independent and building a grassroots following. But, if we’re being honest, the band never quite reached the upper echelons of popularity the same way that, say, Sturgill Simpson or Tyler Childers did. Not they didn’t come close at several points, but between extended periods from one album to another and, yes, personal struggles from front man Evan Felker, they remain one of the most exciting names in country music, but should be so much bigger than they already are.

Arguably, too, consistency may part of the “problem.” They’ve got the sort of uniform quality that’s hard to beat, but that also means it’s hard to pick a standout moment in their discography. From one album to the next, they looked to strengthen what they already did best, not necessarily branch out into unknown territory; there are no wrong answers for a “best” Turnpike Troubadours album, in other words.

As such, I can only claim their 2012 Goodbye Normal Street album as a personal highlight, if only because it’s the best example of that subtle greatness that’s characterized all of the band’s albums: sharply written songs with phenomenal melodic interplay, solid production and a sense of grounded wit and detail that makes so many moments stand out.

It’s easiest to look at Goodbye Normal Street in hindsight, if only because, while the “Lorrie” mystery is one of the most enticing tales to follow the band around today, I’d argue the deeper meaning shines in examining the songwriting perspective. There’s a naturally mature progression in theme from one album to the next with the Turnpike Troubadours, with 2017’s A Long Way From Your Heart (their latest, but hopefully not final effort) acting as the point where they reflect, rather than live in the moment. I mean, that album begins with a grown husband and father watching his house burn down; meanwhile, this album finds its characters stumbling aimlessly through life from their own actions.

To me, that thematic undercurrent of maturity is what gives the band its unique identifier; well, that, and the fantastic instrumental prowess, but more on that later. Goodbye Normal Street, at least to me, is the album that captures it best from one song to the next. But what also gives those sentiments real weight behind them is the self-awareness evident in the writing. The character on “Good Lord Lorrie” can see he’s going to lose the titular character long before it actually happens, because if he can’t even take care of himself, how he is possibly going to take care of someone else? It’s a similar situation in “Call A Spade A Spade,” where both ex-lovers ultimately walk away from rekindling that fire, but only because Jamie Lin Wilson is excellent at playing the role of the person who really has moved on with her life, unlike Felker’s character who’d just love for that chance but ultimately knows it’s for the best. Or take “Before The Devil Knows We’re Dead,” where the old man in the first verse is ready to die after a life well-lived while the young couple involved in the car crash in the second verse want anything but to say goodbye yet, even if the whole point is about chasing a meaningless thrill. Bleak, yes, but all the more evident that, overall, Felker is looking to just be a good man through his characters, because if not, he might end up destroying himself, and there’s no second chances.

Yes, it’s but one of many albums that speaks to time and mortality; not a novel concept in its own right, but one elevated by the band’s knack for detail, like how the two war songs, “Southeastern Son” and “Blue Star,” stand together in the tracklist and come from different perspectives. The young man in “Southeastern Son” gets wrapped up in the allure and fantasy of fighting overseas just to escape a tired life; meanwhile, the soldier in “Blue Star” is older and done fighting, content to shift that own fire in his eyes toward coming home and raising his daughters; different passions and ideas of what mean the most to different people of different ages. And it’s that dual perspective that really characterizes the album, like how “Gone, Gone, Gone” and “Good Lord Lorrie” are excellent individually, but stand even stronger when considered how the former track practically bleeds into the latter – and it’s a damn gut punch of an ending if there ever was one. If I were to nitpick, though, I’d say the final two tracks revisit the overarching theme of personal destruction in less interesting ways than other tracks here, and ending on the more lighthearted, almost humorous “Quit While I’m Ahead” isn’t quite the best fit for the project.

Of course, that’s a comment that extends toward Felker, who’s never possessed a lot of raw power, but has made it up for it with a hard-edged, ramshackle personality that captures the weariness of these characters well. I’ve always wished he had a little more presence on certain tracks, especially the upbeat ones like “Wrecked” or “Morgan Street,” but when he needs to sell that part of a broke-down drifter aware that he’ll ultimately lose – you know, like he does on “Gone, Gone, Gone,” “Good Lord Lorrie,” “Empty As A Drum” or “Call A Spade A Spade” – well … he’s certainly effective. And let him handle the reigns of something seedier like “Gin, Smoke & Lies” or “Before The Devil Knows We’re Dead,” and it’s a reminder of why, outside of “Winding Stair Mountain Blues,” I wish the band went a little darker in their compositions.

But as for the band and less about Felker, their biggest selling point has always come through in their presentation. Sure, they’ll start an album like their 2015 self-titled work with a five-minute waltz of all things, but this is deep music with the melodic capabilities to be more than accessible. Goodbye Normal Street may not be as rough-edged as 2010’s Diamonds & Gasoline, but those moments are there: like on the tempered acoustic riff opening “Before The Devil Knows We’re Dead” that gives way to firm, punchy bass grooves driven by a blast of fiddle; the bouncy accordion carrying “Morgan Street”; or how the harmonica rings out after every chorus on “Blue Star.” Even just in terms of acoustic-leaning midtempo ballad tracks, “Empty As A Drum” and “Gone, Gone, Gone” are great on a pure compositional level. But to go a bit deeper, this is a rare kind of music where the hooks will stick, even when they’re not aiming to be catchy ditties, and when the songs rely on minor key progressions that buck conventional country compositions. And the thing is, the band makes it look easy.

Again, picking a favorite Turnpike Troubadours album is tough, and anyone’s answer will likely raise some concern from fans who think otherwise. But for me, for a band that’s aced on consistency, Goodbye Normal Street is their most consistent effort, and though this discussion comes at an awkward point in the band’s career hiatus, it’s never a bad time to say we need this band back in country music.