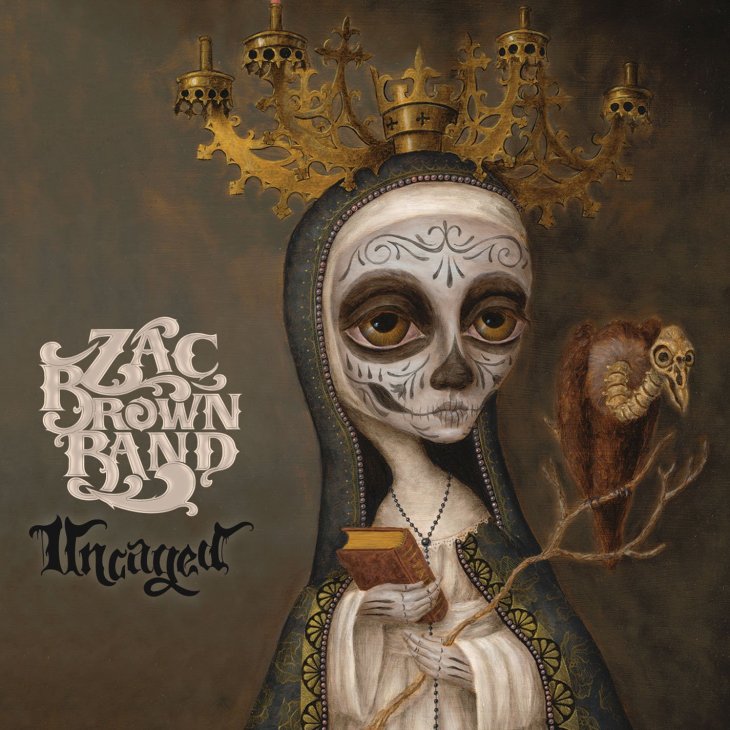 This selection, more than any other album I’ll write about for this feature, feels awkward. Granted, anyone who’s watched the Zac Brown Band completely spiral out of control over the past decade likely understands what I’m getting at, but for those who don’t, it begs the question – how will we, as music fans, one day remember this band?

There’s, of course, the band’s most recent material – which feels less like a true band coming together and more like scattered vanity projects for front man Zac Brown. But this is also a band that debuted with the ultra-corny “Chicken Fried” … and then proceeded to dress the part of a string band while playing music that relied on old-fashioned melodies and great harmonies. Oh, and they also liked to tip their hats to Jimmy Buffett with island music.

What’s truly been lost over the years for them is a true band connection and a sense of direction. As far as country bands go, they were always more Alabama than Lonestar, but now I’m not sure how to categorize them. Granted, that isn’t inherently a bad thing, but what Brown refuses to hear from his critics is that it’s not the experimentation that’s the issue – it’s the presentation.

As such, going back to the band’s 2012 Uncaged album was more sad than it was fun. For one, aside from the Grohl Sessions EP from 2014, this was, at least to me, the last true Zac Brown “Band” project. And for as much as Brown thinks that telling a woman her behind is “God Given” constitutes as “pushing the envelope” for this band, Uncaged is the true point where the experimentation happened. It’s a melting pot of country, southern-rock, gulf-and-western, R&B and folk that, while a sad reminder of what could’ve been, remains the band’s best work to this day.

Ironically, though, it’s also the one album for this feature for which I have the most criticisms. They’ve always had more to say with their beach-inspired material than, say, Kenny Chesney, but “Jump Right In” and “Island Song” both feel a bit formulaic on an otherwise adventurous album. Even though starting the album with the former song isn’t my favorite choice, though, it’s so cheerful and well-harmonized that it’s hard to outright dislike.

Still, things really pick up with the title track, which is one example of how well the transitions on this album are handled, effortlessly nailing when to increase the tension and excellently handling the instrumental symmetery. It starts as a pretty tame country-rock number, but it gradually becomes more unstructured, where the grinding blend of electric guitars, organ and fiddle mimics that larger point of breaking free and becoming, well, uncaged.

That’s to say, too, how the bluegrass-inspired romp of “The Wind” was the lead single for a mainstream country band in 2012, and excels for the same reasons as the album’s title track. “Natural Disaster,” as well, which is the first country song my Metallica-loving friend enjoyed. It’s on that track where the slightly more old-fashioned harmonies, melody and overall structure represent something of an old folk tune at its core, but it certainly doesn’t stay that way for long.

Of course, it’s also those tracks where I could easily criticize the songwriting. “Natural Disaster” essentially boils down to “girl is hot mess but I love her anyway” (unfortunately, a common theme in modern country songs today that isn’t as endearing as it thinks it is), but when it actually feels like a whirlwind, it nails that balance effortlessly. “The Wind” is, well, flighty, but again, that’s the point.

Even judging from past songs, though, harmonies and excellent instrumentation can only take an act so far, and I certainly wouldn’t call “Chicken Fried,” “Free,” “Keep Me In Mind” or “No Hurry” highlights in the band’s discography. That isn’t the same thing as saying they can’t write an excellent song, though. If there’s any thematic arc to Uncaged, it’s sort of about the art-making process itself – acknowledging, based off the title track and “The Wind,” how much of a thrill it can bring, but also how being that journeyman out on the road can cause strains in relationships that can’t be fixed. Granted, of the two tracks that only loosely relate to that theme, I’ll take the emotional gut punch of “Goodbye In Her Eyes” over something a bit more basic like “Sweet Annie.”

The run of songs beginning with “Lance’s Song” and ending with the closer, “Last But Not Least,” though, makes for the band’s best material. The first of which – dedicated to fiddler Jimmy Di Martini’s friend, drummer Lance Tilton – loosely relates back to that theme of “making it,” only here, we get a glimpse of someone who never had that chance. And with the a capella final chorus and the achingly sad fiddle running throughout, it’s depressingly beautiful. And that theme of death continues into the next track, “Day That I Die,” which is a bit more jovial and centered mainly on Brown. And whereas “Lance’s Song” comes from the perspective of those who feel sorry for a musician who couldn’t live out his dream, “Day That I Die” approaches it from the perspective of the musician himself – proud to do what he could with the time he had, and, at the very least, didn’t leave without trying to pursue the art he loved. And with that added sense of perspective comes “Last But Not Least,” in which Brown tries to make up for time lost with his significant other while he was out chasing his other dream. It’s a corny hook, but I do find the double meaning of it to be pretty clever. More than that, however, with the anthemic final chorus and Brown pushing himself to his vocal limit, it feels like the fitting end to that journey.

I just wish it hadn’t been the actual end of the band’s journey. Not that Jekyll + Hyde doesn’t have its great moments or that I’m not a sucker for some of the cheesiness protruding from Welcome Home, but this was the last studio album where this band had any semblance of consistency. Even despite my criticism for the project and band in general, Uncaged is an absolute blast to listen through – where the faster moments are worth the ride and where the slower moments make for some of the band’s most thoughtful material yet. There’s nothing wrong with being “uncaged,” but hopefully this band one day remembers what it is they do best.