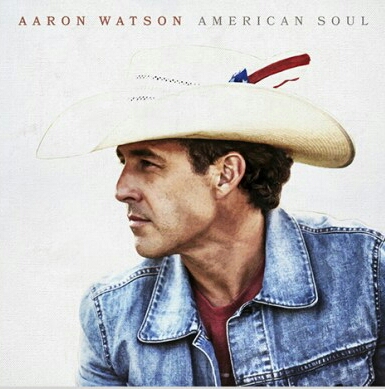 Look, I’ve talked ad nauseam this year about music trying to capture 2020 as a whole, and how trying to speak to literally everything that’s happened this year has caused some stumbles in execution. In a surprise twist of events – for me, at least – I’ve gravitated toward the hopeful side of these messages, if only because going a bit more broad and possessing the right emotive range has worked for certain writers, like, say, Emily Scott Robinson. And while I don’t think I’m alone in being a bit fatigued by the numerous attempts, I’m always open to hearing something that speaks to me.

Out of the blue, then, comes a new surprise single from Jessi Alexander, and it may just be her best since “I Should Probably Go Now” from earlier this year. Now, again, the broad framing can scan as a bit overwrought at points, and I think, ultimately, the message of “everything’s going to be all right” is still premature (and, judging by where we’re headed, probably wrong), but there’s still something powerful about the sentiment. And between the weary resignation in Alexander’s full-throated, hushed delivery and subtle uptick in intensity from both her and the supporting piano, there is a real heft to the execution and progression. It’s a bit of a slow burn, but this is an excellent little surprise for the tail end of the year, and got to me in a good way. (Very light 8/10)

Back in my day, artists had to come up through YouTube covers and reality television shows to earn their “real country” credentials.

Seriously, though, I’m not against artists taking unconventional routes to achieve popularity, especially when country radio is still the king of promotion for the genre – I welcome it, actually. But the country music industry has always been behind the ball in the technological department, and while they may recognize an artist with potential through those aforementioned mediums, they still filter them through the traditional system.

Case in point: TikTok star Priscilla Block, who rose to prominence from the pandemic off of a viral hit, “Thick Thighs” … and yeah, that, of course, isn’t the single for country radio. Not that “popular” equates to “good” or leads to any sort of longevity for an artist’s actual career, but “Just About Over You” seems like the wrong choice to launch Block. Now, I will say she’s not a particularly good singer, and between the overemphasized twang and her choppy, stumbled flow on the chorus, that, unfortunately, is a mark against her. And while I appreciate the minor stabs of guitar and piano supporting the track, the neutered production means it’s dark without actually offering a lot of smolder or unique flair. I actually think there’s potential in the writing, which finds Block in a chance encounter with an ex-significant other, and I actually appreciate the simplicity here. The fallout isn’t implied to be that bad, and they obviously left on good enough terms for him to walk over and greet her. She just never moved on, and there’s something dark about that psychological torture that adds weight to the sentiment. But that’s also me assuming an arc that never gets fleshed out more, rather than an intentional strength. I would only say the song itself has potential, which is a real shame. (Very light 6/10)

I decided to just save my conversation for Lee Brice here instead of the eventual album review roundup, because between Sam Hunt and HARDY, I’ve thrashed enough bad music this year. And I hate saying that about Lee Brice. He’s on Curb Records, yet has still managed to attain quite a bit of momentum for himself with his past few singles. Sure, the quality has been inconsistent, but at his best, he’s been quite good.

Sadly, “Memory I Don’t Mess With” falls somewhere in the middle, which still makes it one of the better tracks on Brice’s recent album, Hey World. And I bring up past successes because, ultimately, it’s clear how he’s trying to create another “Rumor,” what with the slicker blend of electric guitar and synthetic percussion, where the production aims for the sexy yet neutered vibe of the Metropolitan-meets-boyfriend country sound that’s invaded the genre in recent years. Here’s the thing – this is a breakup track, so the entire mix just doesn’t work for the sentiment. This is more of a note for the album, too, but I really don’t care for the meatheaded posturing of the writing, where Brice is too guarded to give in to the fact that, despite it being a “memory I don’t mess with,” he cycles through old, boilerplate memories with an odd lack of emotion anyway. He’s a good vocalist with plenty of power, too, so he’s certainly capable of it. Instead, it’s just a confusing, inconsistent mess that’s largely forgettable. (Light 5/10)

For as happy as I am to witness Miranda Lambert’s commercial rebound, I wish it had been for an album other than Wildcard, which is likely her weakest one to date. In the interim, however, we have this surprise new single, off of the soundtrack to a scripted podcast rendered in musical form from Jared Gutstadt and Scarlett Burke, and it’s a welcome return from Lambert as a whole, if even just for a moment.

Granted, I do wish this was included on one of her own works, especially when another great past single, “Roots and Wings,” only drew attention as a Ram Trucks commercial theme. But for a song drawing on Lambert’s introspective side, this is a sound that suits her much better than her recent material. It’s quaint, for sure, but not quite as empty as certain singles from, say, The Weight of These Wings. There’s a fantastic, warm, yet understated rollick to the live vocal and instrumental pickups, especially with the firm supporting bass and liquid pedal steel. Now, for as much as the bitter sentiment of owning past transgressions and mistakes and realizing they were for the better – if only for personal growth – fits Lambert’s style well, this also sounds like a song written for her, rather than one that earns that swell naturally. It’s broadly sketched in the finer details, and while Lambert herself does some heavy lifting to make up for it, it’s not quite as fine-tuned as her best work. Still, for a temporary return, this is pretty nice. (Strong 7/10)

For as much as Scotty McCreery is known for his American Idol fame, I think the bigger story comes in his 2017/18 rebound phase, and how he managed to score a No. 1 hit as an independent artist, after it looked like his career was over. As someone who loves when artists attain success without country radio, I’m also a sucker for artists who buck against the system in other ways like that. If I’m looking for what it’s brought beyond a pretty great song in “Five More Minutes,” though … eh. McCreery is a likable presence behind the microphone, but his material has mostly been safe and sanitized throughout the course of his career.

Sadly, that’s also the case with new single, “You Time,” where there’s a bit of warmth and rollick to the crisper guitar lead at first, until the production neuters it and brings in the synthetic percussion for good measure. I feel like I’ve repeated the mix combination far too many times already for mainstream country reviews, including in this very own roundup post. Again, too, McCreery is a likable presence, but his lack of charisma makes his material feel oddly stiff at points, and that’s apparent here, especially when he doesn’t handle the rapid flow on the chorus well and has to resort to overemphasizing the annoying hook – further hammered in by synthetic vocal effects that echo it, which is absolutely the wrong move here. In other words, while McCreery’s story once stood out from the crowd, at this point, he’s just blending in, and for worse. (Very light 5/10)

I’m not surprised at the lack of new album announcements for 2021 (I think I’ll be more disappointed if I sit through Morgan Wallen’s upcoming double album, and by that, I mean disappointed in myself), but I am surprised at the relatively quick timing of Aaron Watson’s announcement. As far as Texas artists within Nashville go, I’ve always appreciated his knack for strong melodies and huge hooks, even if the actual material can often feel a bit lacking. And I like that he’s leaned into those strengths on recent projects in Vaquero and Red Bandana.

To be frank, though, I’m a bit worried for his upcoming album, American Soul, because all of the pre-release tracks thus far have reflected an odd lack of personality and feel a bit paint-by-the-numbers for Watson and country music in general. Take “Touchdown Town,” for example, a football-themed track that tries to shoehorn the audience in with the 2nd person framing and feels oddly undersold in the composition yet overwrought in the actual execution. I enjoy the driving fiddles, even if the overall production is playing more to conventional neotraditional country standards than the aforementioned ambitious highs I know Watson is capable of. On the other hand, I guess I understand the simplicity in the theme and idea of offering something lighthearted for a dark time. But there’s a way to offer that without being nondescript and generic, and this, sadly, isn’t hitting that mark. (Very light 6/10)

Remember when Chris Young actually used to be good?

Look, not that quality matters when it comes to measuring success on the charts, but it’s a bit worrisome that Young has been trying to launch his next album era since January … of 2019! For a rebound, I suppose recruiting Kane Brown for a duet isn’t the worst idea, but in terms of actual execution, there’s nothing to this single. The electric guitar and drum combination sounds way too overmixed and drowns out two otherwise good vocalists, and the writing also isn’t offering much. It’s less a tale of “famous friends” in a small town that we couldn’t possibly understand – I see that the not-so-subtle “us versus them” mentality has made its way back in, it seems – and more of a laundry list of people and their professions. And even then, “caricature” is the more accurate descriptor. There’s no depth to the characters’ livelihoods, and there’s certainly no reason for this to be a duet, or to exist, for that matter. (Strong 4/10)