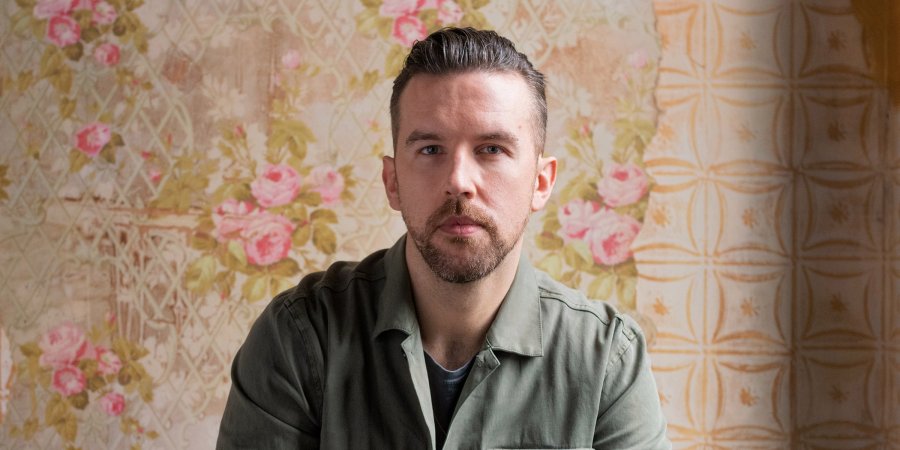 You know, I was just thinking to myself this past Tuesday night, “Man, nothing has happened so far this week.” And then Wednesday came along. Oh, did Wednesday come along. Anyway, onward!

I still have Lilly Winwood’s Time Well Spent in my backlog and am adding Aaron Vance’s Cabin Fever to that eventual review roundup. For now, though, I’m still deciding on the latest effort from Rod Abernathy, Normal Isn’t Normal. I’m aiming more to knock out some collaborative efforts I have in the works this week anyway, so I likely won’t have any album reviews done unless something comes along to surprise me.

New music is on its way from Carly Pearce (29, Feb. 19 – Music Row), and Charlie Marie is dropping something on the 26th of this month.

Luke Bryan, Brandi Carlile, Eric Church and more will perform during The Big Concert for Small Business, Verizon’s after-party for Super Bowl LV, aimed at helping small business struggling during the pandemic. The show is set for Sunday, Feb. 7 at 11 p.m. ET. (Sounds Like Nashville)

Dolly Parton has flipped her classic working-person’s anthem of “9 to 5” to “5 to 9,” in a revision for a Squarespace Super Bowl advertisement. The new lyrics represent entrepreneurs chasing passion projects outside of regular work hours, and hey, if that ain’t just up my alley.

Eric Church released a video announcing he’s planning a North American tour soon. A bit strange – an announcement for an eventual announcement that feels weird to drop, you know, now.

At last, Rhonda Vincent is a member of the Grand Ole Opry. (Bluegrass Today)

Chris Stapleton will be a musical guest on The Tonight Show, Wednesday, Feb. 10. (Headline Planet)

Luke Combs and Maren Morris will sit down with NPR’s Ann Powers at CRS on Wednesday, Feb. 17, to discuss what country music means in light of its complicated past and how artists can hold themselves accountable in helping to shape the genre. (Music Row)

Kane Brown will make his Grand Ole Opry debut at the institution’s 95th birthday celebration, set to be televised on Feb. 14. Other performances will include Kelsea Ballerini singing Keith Whitley’s “When You Say Nothing At All,” Dierks Bentley and Marty Stuart teaming up to sing Townes Van Zandt’s “Pancho & Lefty,” and Lady A singing Randy Travis’ “Forever and Ever, Amen,” because of course they will. (CMT)

Watch Mickey Guyton perform “Black Like Me” on The Late Show With Stephen Colbert.

“Midnight Train to Georgia” songwriter Jim Weatherly has died at the age of 77. (Music Row)

“I find myself being guarded for not wanting to talk about something that I personally don’t have a problem with. That feels so strange. People will ask, ‘Why does this even need to be talked about?’ and personally, I agree with that … There are times when I think I’ve marginalized this part of me so that I feel better about it, and I realize that it is a big part of who I am: The way I think, the way I act, the way I perform.” – TJ Osborne (of the Brothers Osborne), who came out as gay this past week, marking a rare occurrence in country music: A country artist coming out at the height of their career. All the love to TJ, and hey, Skeletons still rocks, by the way. (Time, by Sam Lansky)

“We were backstage at the Dolly Parton tribute at the Grammys and we were both performing on that and I never met her before and we struck up a conversation waiting our turn for soundcheck backstage. I said something that was self-deprecating, probably, ‘Oh, well, we’re just musicians’ or something to that effect, to which she said, ‘Well, you know, that’s offensive to me and you. We’re healers. We have an important job.” – Chris Stapleton, on how a remark to Katy Perry resulted in an epiphany for him on what it means to be a musician. I think I speak for a lot of people when I say music has gotten me through each day, especially last year. (WKML, by Nancy Brooks)

“I guess I’ve been writing what you might call queer country for a long time. All of my love songs are about women, and others don’t have any gender in them. I find that a lot of gay people feel like they are excluded from country music. It’s really nice to not feel that way anymore.” – Melissa Carper, in an interview with the Nashville Scene alongside Mercy Bell, Brennen Leigh, Country Queer founder Dale Henry Geist and more on queer country’s growing influence in modern country music. (Nashville Scene, by Edd Hurt)

“I’m already pretty much done writing the next record now … I’m gonna take my sweet-ass time on this one because I’m pretty sure I’m about to make my opus and then bow out and vaporize like Houdini. I’ve put out three records in about a year, so I feel like I owe myself and the music a little space to really hunker down with the subject matter. That’s really all I can say, but I’m going to take my time because, for so many reasons, I finally have the time. That’s the bittersweet thing. What monumentally has been the shittiest, strangest, most surreal year of my lifetime has also been the most gratifying and greatest year of my career.” – Sturgill Simpson, in a rare interview with Relix that’s absolutely loaded with information, including an extensive behind-the-scenes look of the making of his two recent bluegrass projects as well as 2019’s Sound & Fury. (Relix, by Dean Budnick)

“The conclusion of the narrative is highly important as the narrator wraps up the story with Dan’s compliment on his shooting by writing, ‘Hell of a shot, looks like you’ve still got it/And that’s what we came here to do.’ A simple, understated way of Dan knowing the importance of the blind and its role in helping the narrator move on and find his sense of belonging.” – Friend-of-the-blog Nathan Kanuch, in a fascinating study on what makes the Turnpike Troubadours’ “The Bird Hunters” such a special piece. (Shore2Shore Country)

“You won’t find Willie, Waylon or Merle in the doc, nor the faces of the recently departed Jerry Jeff Walker and Billy Joe Shaver. But that allows for a perhaps more honest and authentic depiction of a musical movement, examining not from the top down but from the true underground of the time. Unavailable or only accessible in low quality for many years, this country music landmark has been restored by Kino Lorber, alongside a soundtrack reissue by Light in the Attic Records.” – Nathan Smith, unboxing a restored version of a classic documentary in Heartworn Highways that is now available via the Belcourt’s virtual cinema. I like the idea of the documentary – exploring the mentality that shaped the outlaw movement, which I kinda-sorta just recently discussed – and I like that it explores it from the perspective of true underground talent in Townes Van Zandt, Rodney Crowell, Guy Clark and Steve Earle. I just wish we could somehow leave David Allan Coe out of it. (Nashville Scene, by Nathan Smith – documentary can be streamed at belcourt.org)

Lastly, let’s address the elephant in the room. Yes, that one. Look, I’m not a music journalist, and I’m not sure if it’s right or wrong to go off on a tangent like this in what is supposed to be a simple news feature, but by now you’ve all heard the news about Morgan Wallen, who, after being caught using a racial slur on video, has had his music pulled from the top radio chains, CMT, Sirius XM, Pandora and has been indefinitely suspended from his contract with Big Loud … among other things, I’m sure, because it was hard to keep up. I’d like to say one thing: This is not “cancel culture” – I genuinely hope he gets the help he needs for his alcoholism and that this doesn’t have a detrimental effect on his mental health, but ushering that word is a different problem altogether, and while it’s not illegal to be stupid, there need to be consequences and proper accountability taken for certain actions – especially racist ones, and especially for someone who has repeatedly engaged in other types of reckless behavior before. That’s all. Go read Marcus K. Dowling’s take on this, or read Andrea Williams’ moving essay dedicated to her trip to the National Museum of African American Music. (Information taken from Variety, by Chris William)