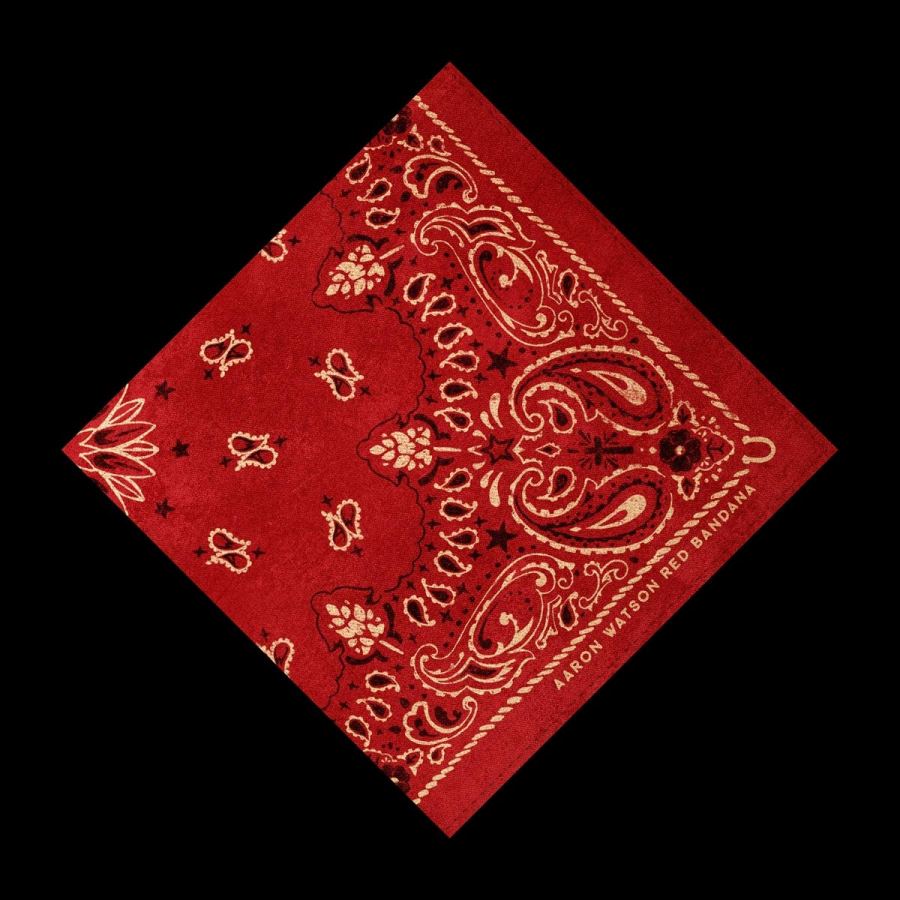 The short version: Personal nitpicks aside, it’s hard not to respect what Aaron Watson has crafted with ‘Red Bandana.’

The long version: Aaron Watson is an enigma.

I say that, of course, in a flattering manner. The man who was thought to be nonexistent because he wasn’t on country radio at one point not only proved that statement wrong, but also managed to eventually score a radio airplay hit all while remaining independent. On one hand, Watson is the lone troubadour making family-friendly country music, and on the other, he’s integrating himself into the system while also not being afraid to tear down those in his way.

Basically, he’s been a fascinating character to watch over the past four years. Of course, opinions on music quality aside, it’s hard not to appreciate his approach to his craft. 2017’s Vaquero remains an underappreciated effort for feeding traditional country arrangements with modern melodies and production tactics, and while he is playing that “underdog” tag as a marketing term these days, he’s also one of very few artists willing to turn the tables on how the Nashville game is played.

And that background is important going into Red Bandana, his newest studio effort where he not only wrote every song himself, but also loaded it with 20 songs to celebrate an equal amount of years being in the music business. On paper, it’s an overlong studio effort where you come to expect a lot of the same from Watson, yet underneath the songs themselves, it’s the way they’re sequenced that makes this album an absolute behemoth. Even with criticisms in place, it’s hard not to appreciate Red Bandana for what it ultimately is.

Knowing where to tackle this album first is the hardest problem, but the instrumentation and production will be the easiest starting point. On one hand, if you’ve heard a Watson album before, you already know what you’re getting: crisp, warm acoustics, rich pedal steel, some electric guitars for added groove and fiddles to drive the melodies; it’s a catch-all blend that mainly plays to a neotraditional lane while also adopting a forward thinking approach in some of the arrangements. What sets this album apart, however, is the usage of strings. Sure, they’re not uncommon to hear on a country album, but when they’re blended in with the more atmospheric tones, it sets up certain moments to sound and feel huge.

That point, however, shows itself mainly in the sequencing. Red Bandana isn’t necessarily a concept album where one needs to listen to all 20 songs to get the point, but there are several songs that blend well together to craft a cohesive flow. For example, there’s the opener “Ghost Of Guy Clark” where those aforementioned atmospheric tones set the stage for a track that’s quite the tale (which will be addressed later), which then bleed into “El Comienzo del Viaje,” the instrumental which further sets up “Dark Horse.” Again, there’s no cohesive story necessarily, but it does feel like the album knows what its doing in terms of maintaining a consistent focus.

Still, there are fantastic moments in their own right in terms of the production. Going back to “El Comienzo del Viaje,” it’s worth nothing that what sounds like horns playing is actually Watson himself making noises with his mouth, which is a cool way of seeing how much this project means to him I guess. But you also have “Country Radio” and “Am I Amarillo” where the sweeter, tender tones blend in well with richer keys on the former track and accordion on the later track to craft songs that, while showing obvious nods to traditional tropes, also maintain a modern focus and approach. Again, with Watson, you get the best of both worlds.

Of course, part of that huge approach to the album also comes through in the lyricism. There’s almost a sense of theatricality to this album, where along with sounding huge, the songs set themselves up to be anthems not just for Watson, but for us, the listeners, as well. Again, the best example would be to look at the opener, “Ghost of Guy Clark,” and how that track never even directly references the titular singer/songwriter. Instead, the focus is on the story, or rather, the lack of a story this narrator can come up with, prompting his ghostly companion to righteously criticize him. It’s an excellent portrayal of modern Music Row, though it is a bit disappointing to have this and the second track lead up to “Dark Horse,” a poor man’s generic version of “Fence Post” at best.

In terms of a big overarching theme, though, “Fence Post” is a good track to keep in mind, as given that it’s Watson’s fifteenth studio album, much of Red Bandana is Watson’s victory lap. Of course, that celebration also comes with a few points in mind to keep him humble, like the self-critical “Old Friend” and “Trying Like The Devil.”

But there’s also a child-like imagination to the scope of the album, and that shows itself in the framing of these songs. I’ve already discussed “Ghost Of Guy Clark,” but there’s also “Country Radio” where the love of country music is fostered at a young age simply from seeing what it does to others, or the following track, “Legends,” which is completely silly, yet works by acknowledging that silliness and pointing out how much people do buy into the legends as much as they do the music itself. Everyone loves a good story, especially in country music.

But in terms of the best stories here, that three-song run of “Riding With Red,” “Red Bandana,” and “Trying Like The Devil” is hard to top. Written as a tribute to cowboy poet Red Steagall, it interestingly enough portrays him as having already passed on in the events here. But when the approach is this loose, it leads in nicely to the album’s grand scope and ultimate honor of Watson’s career, and that includes the people who helped shape it. Even going back to that child-like imagination, “Riding With Red” focuses on that childhood influence while the title track is the aftermath of it all – a reflection of how to honor someone when they’re gone and the mark they’ve left on you today – and when that grand swell of strings and fiddles comes to lead it all away, it’s a powerful moment. And that’s before the bittersweet honesty of “Trying Like The Devil” comes in where Watson isn’t sure if he’s doing everything to honor his heroes the right way or not.

Again, though, at 20 tracks, there’s also moments that aren’t quite up to par with the album’s best material. Part of this comes through in the lyrics being a bit more broadly written to fit that anthemic swell like on “Dark Horse,” which can make certain some songs translate as corny. The slicker tones of “Blood Brothers” already signal a weaker track, but it’s hard to take a track seriously that tries to cram in an odd mixture of unity, race and religion with a hokey story. And on another note of sequencing, the following track, “Live Or Die Trying,” also suffers from being overly broad, this time around tackling the concept of facing fears with an over the top darker instrumental.

Red Bandana really starts to lose focus, though, toward its end. I do like the fast-paced delivery and melody of “Burn ‘Em Down” to match its intensity, but it sounds oddly out of place coming off of the tender “Home Sweet Home.” And then there’s “Shake A Heartache” which harkens back to doo-wop of all things, and yet Watson is too pushy to sell a track where “yeah, yeah, yeah” is the “big” chorus. And “You On My Hands,” while not bad, still may be the worst of the bunch for those slicker, droopier tones that feel too cold and distant to work as an R&B sex jam, which shouldn’t be here anyway.

Thankfully, the album ends strongly with “To Be The Moon,” another track that goes for muted tones yet sticks the landing much better. Lyrically, it’s another metaphor for being the underdog, but it’s told in a unique perspective even in comparison to other tracks here, and the song earns extra points for making that languid, jazzy fiddle sound like a saxophone. If there’s any song here that doesn’t fit a theme and still works well, however, it’s the closer, “58,” a track dedicated to the Route 91 Harvest festival shooting victims that’s exactly 58 seconds long and does everything it needs to (and should) do.

If there’s any album like Red Bandana this year, it’s Jack Ingram’s Ridin’ High … again, namely in how, despite the obvious issues it sometimes displays, it’s still a well-oiled machine you can’t help but admire. Again, at 20 tracks, it’s not likely the type of album many will sit through as a whole more than once, but it’s an absolutely electrifying experience when it’s on. If nothing else, it’s the album where Watson poured every bit of thought and ounce of creativity that he possibly could into this, and with its huge scope and presentation, it’s hard not to stand back and be glad Red Bandana is what it is.