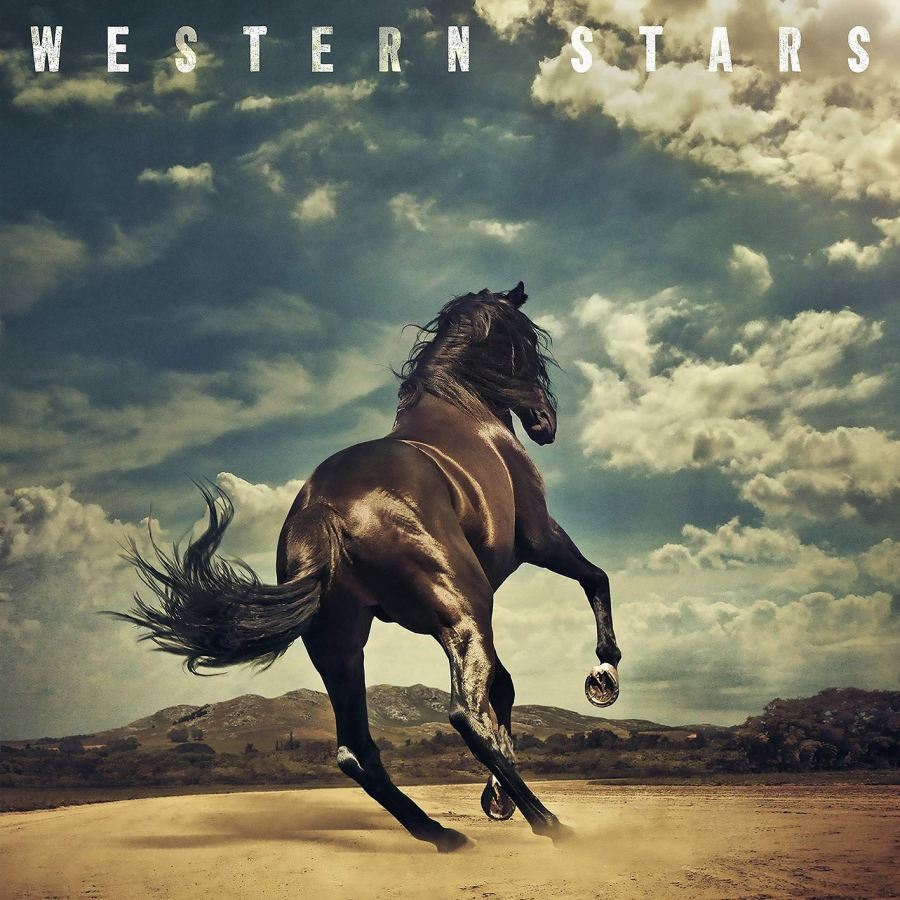 The short version: Most of the songs on ‘Western Stars’ are better together than they are individually, but Bruce Springsteen’s first proper studio album in several years is a vast journey through the western United States.

The long version: It was surprising to hear that Bruce Springsteen’s first proper studio album in several years would, for one, even happen, let alone be inspired by the music of Jimmy Webb and Glen Campbell. Yet it also makes perfect sense.

As country music loses an unfortunate cultural war largely out of its hands in 2019, debates about what exactly “country” is are stronger than ever before. Yet all of a sudden, here comes Springsteen dropping an entire collection of western-inspired tunes that handle this “yeehaw culture” business in a more fitting manner.

Of course, Springsteen is not trying to adopt the mentality of Steven Tyler or Bret Michaels, clinging to any last vestiges of youth by performing in a music genre he doesn’t actually care about. Nor can we slot him under the “good” side of rockers gone country like, say, Chris Shiflett. No one is calling Western Stars country, including Springsteen himself, but it just happens to capture that rare kind of appeal that can reach country fans, and it should.

On the other hand, for those shocked at Springsteen’s foray into this area, it’s not as if Nebraska didn’t already exist, but to reiterate a previous point, this is music inspired largely by the Nashville Sound era. Even the song “The Wayfarer” seems to recall the aforementioned Glen Campbell’s “Galveston” itself, especially with that ending.

And large, sweeping orchestral arrangements are mostly what you’ll find on Western Stars, save for a few acoustic ballads that rely more on atmospheric, lingering pedal steel to get the job done. And, of course, some very excellent bass lines on “Sundown” and “Stones” only help to supplement their grand melodies as well.

But discussing Western Stars any further will also require a look into the lyrics and themes of this album, and this is one area that hasn’t changed from past Springsteen works. Springsteen’s best work has always focused on characters facing disillusionment and living unhappy lives, and Western Stars focuses on one of those tropes. The difference this time around is that, not only is Springsteen westward bound instead of singing to the working-class East Coast, he’s also not singing about anyone but himself. Sure, there’s characters present here as any good Western-inspired project has, but unlike the vast relatability of those old characters in classic Springsteen songs, this album is about him accepting his place in life and confronting mortality versus legend.

And you get the impression from listening to Western Stars that Springsteen is content knowing his biggest days are behind him and that the legend will live on. Still, it’s hard not to hear this album as an incredibly loose narrative of someone living out their path to success. Opener “Hitch Hikin’” and “The Wayfarer” don’t differ much, lyrically, but whereas the character on “Hitch Hikin’” is just looking to get his journey started, “The Wayfarer” speaks toward searching for something, and though it’s fairly obvious what that “something” is (Springsteen even acknowledges the cliché of what he’s doing), it still establishes the backdrop for a grand-sweeping album.

Yet that’s also not to suggest that the songs on Western Stars necessarily bleed into one another. While they do sound better together than individually, Western Stars is an album that focuses more on an overarching theme rather than following through with a cohesive story. If that were the case, you could end the album with the following track, “Tuscon Train,” and still tell a story, even if it’s not the most original one in the world. And while that song leans into its cheesier, theatrical elements a little too heavily, it still finds that character chasing down his dream and realizing that isn’t always enough, especially when those around us sometimes pay the cost for that journey (maybe this is a relatable album after all).

But if there’s a conclusion to that story, however, it’s that, at the end of the day, Springsteen and his characters have no regrets about what they’ve done, hence the breezier arrangements rather than anything close to “dark.” “Drive Fast (The Stunt Man)” probably comes closest next to the title track and closer, “Moonlight Motel” with its muted, melancholic interweaving of minor acoustics and piano, but even it’s focused more on fondness and reflection, and when that lush instrumental outro kicks in just as it did on “The Wayfarer,” it’s akin to a cowboy riding off into the sun (hey, Springsteen did say there’s clichés on this record, but they work).

And that’s only hammered further into the ground by its end, with “Hello Sunshine” and “Moonlight Motel” being two of the album’s best cuts. They largely speak to themes already discussed here, but it’s odd to hear it close on such a somber note with “Moonlight Motel” given the actual levity of the album. Even it, though, comes with a sense of optimism as the character goes back to an abandoned motel where he spent a night of passion with someone he loves, with the larger metaphor being that it’s a point in time long gone. Again, there’s no regrets here, but it can be hard sometimes to simply say goodbye to the past or simply accepting when it’s time to move on, but Springsteen largely does here.

Western Stars isn’t the kind of album that establishes a sense of momentum, and whether that’s a good or bad thing will come down to personal preference. And while I wouldn’t say any of the tracks skitter too close to each other thematically, the larger story and direction of the album reveals itself rather quickly, thus, perhaps, making it seem repetitive at points. What I found most interesting were the tracks that adopted specific perspectives isolated from the rest of this album, at least in terms of the framing. The title track sees an old, famous actor grappling with his faded star, knowing that the thrill in his life doesn’t come from someone recognizing him from some commercial or acting in a Western movie, but rather driving out into the desert to see (and feel) the real thing. And, as if the country connection wasn’t hinted at enough, “Somewhere North Of Nashville” comes from the perspective of a singer-songwriter in Music City, U.S.A., and whether it’s a bridge between the old marriage of country and western is, again, up to the listener.

What largely separates the tracks here comes from its smaller elements – a shift in focus, a small lyrical detail or a small production detail. The warm bass, rollicking banjo and strings driving “Sundown” do help to establish the feeling of well … sundown, more specifically time ticking away for this narrator to find his lover. And the backing vocals on this song are mixed way better than on “The Wayfarer.” On a small note on vocals, however, I wouldn’t say Springsteen’s rougher, deeper timbre is always the best fit for the production choice, but definitely pulls some surprises with just how much power he carries on “Sundown” or “There Goes My Miracle.”

Western Stars, however, does have its weaker moments despite being a tight project overall. There’s something off about the muddier violin matched against everything else on “Sleepy Joe’s Cafe,” and if “Sundown” is an example of an excellent vocal performance, this track shows the opposite side to that where Springsteen sounds like he can barely keep up. That’s not to mention, too, that this track feels oddly distant from the other tracks here, and unlike “Somewhere North Of Nashville,” which is only meant to act as somewhat of an interlude anyway, there’s no real payoff to this track.

Thankfully, Western Stars ends quite strong, though the latter half also shows the lyrical substance begin to fade. “Stones” feels oddly repetitive and not quite as fleshed out as it could be; it’s a moment that opts for higher drama and stakes in an otherwise breezy plot, and it doesn’t quite get there. The following track, “There Goes My Miracle” is about as borderline cloying and cheesy as the title implies, and the canned percussion does the track no favors. Yet I also can’t deny it’s got one of the best hooks on the entire album.

Western Stars is, more or less, a slow burn of an album. It’s grand and sweeping in its presentation, and as always, Springsteen’s a master at crafting very vivid, detailed stories that signal a surprising, yet welcome fit for him. And again, while this isn’t a country album so much as country-inspired, it’s telling that he chose this direction for an album that speaks toward aging and seeking authenticity over glitz and glamour these days. Western Stars has its weaker spots, for sure, but despite what he’ll otherwise tell you here, Springsteen really hasn’t lost any sort of touch on this album.