The Unbroken Circle is a recurring feature where I discuss classic country songs. 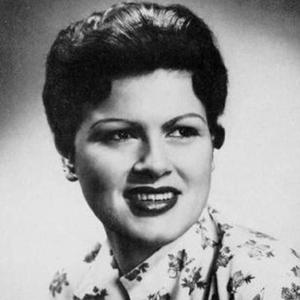 One has to consider time and context with Patsy Cline. She wasn’t just a pivotal artist in country music; she represented women’s changing roles in postwar America. She was the beer-drinking, good-time gal who bared her soul with open-throated fervor. And for country music, Cline would broke country’s musical and cultural traditions and create new ones.

Born Virginia Patterson Hensley, she would, as the old cliché goes, live her life as a country song. She dropped out of high school when she was 15 after her abusive father deserted the family, and her line of work included singing in bars and supper clubs at night to help support her mother and two younger siblings. A throat infection she suffered as a child would prove to be an unlikely gift, giving her a rich voice with remarkable range and power, fueling her desire to be a country music star.

A start with independent label 4 Star proved unfortuitous, given its reputation for cheating its artists. She sang the honky tonk hits she was required to, but they never quite matched her natural style. One song, “Walkin’ After Midnight,” was an unlikely hit (it was originally intended as a b-side), though it would be her only one with the record label.

Cline would remain undaunted; her reputation in Nashville as a fiercely independent personality was duly noted, and she was also a regular on Town And Country Time, a Washington, D.C. area show hosted by Jimmy Dean. During the short time period when her career was put on hold, Cline focused on her family life – marrying her second husband, birthing a daughter in 1958, and moving to Nashville soon after. There, Cline secured a new manager, Randy Hughes, in 1959. Through him, she landed a contract with Decca, where she’d make the remainder of her classic singles in her short time here.

Again, Cline’s booming voice and personality didn’t quite mesh with the nasally, rawer tendencies required by honky tonk music. Producer Owen Bradley sensed this, and with country music adopting the infamous “Nashville Sound” as a way to stave off the rock ‘n’ roll onslaught, Cline became one of the pioneers of the sound. “I Fall To Pieces” would be her first real hit since “Walkin’ After Midnight,” and the sound reflected the era: lush strings, backing vocalists and a clearer tone reflected in the overall production.

Sales of that single skyrocketed when Cline was involved in a near-fatal car accident that same year. With Bradley supporting her next creative decision in the wake of increased public attention, she turned to an unlikely source for her next hit.

Well, perhaps not that unlikely. Willie Nelson’s relationship with Nashville would prove to be tenuous, at best, in later years, though when Faron Young topped Billboard’s country singles chart with the Nelson-penned “Hello Walls” in 1961, the young singer-songwriter was in high demand. Nelson himself was often considered too strange for the industry town, but with that hit, he had everyone’s attention, including Cline’s. She begged him to share his song ideas when he had the chance, and almost would have recorded “Funny How Time Slips Away,” too, had it not been for Nelson’s close friend, Billy Walker, getting to it first. Cline understood Nelson’s devotion to his friend, but was infuriated at Walker (and with Cline, she told it like it was). Still, Nelson offered Cline the chance to record other songs he’d written, though the one she’d eventually record came about a different way.

“Crazy,” originally titled “Stupid,” was a song Nelson wrote during his time in Houston. There’s no direct correlation between the tune and any specific event in Nelson’s life, though it did seem to reflect a lot of what he was having to deal with upon his entry into the world of Music City, U.S.A.

While having a beer one night with Cline’s husband, Charlie Dick, at Tootsies Orchid Lounge, Nelson got up to put his demo of “Crazy” into the jukebox. Dick insisted, after hearing it, they should go wake up Cline to hear it, too; it was after midnight.

Still, the two went over so she could hear it. Nelson insisted on waiting in the car, at least until Cline came out to get him and listen to the song with him. Everyone agreed it could be a hit for Cline, but there were two problems: for one, her bruised ribs from her accident made it hard to sustain certain notes, and Nelson had a unique phrasing on his version she tried her hardest to replicate, yet couldn’t. There’s another version of this story that claims Cline loved Nelson but hated this particular song for Nelson’s phrasing, and only went through with recording it at Bradley’s insistence.

Whatever the real story is, Cline definitely was having trouble recording the song due to her injuries. This time, even after adding an extra hour in the studio, Bradley still didn’t have a completed take. He told Cline to go home while he and the musicians finished the track. Cline had always considered overdubbing a sign of weakness; she would have rather stepped up to the microphone with the musicians present to lay down the finished product in one take. Due to her injuries, though, she happily agreed to come back later after further healing to bring her voice in, which she did one week later. She would nail “Crazy” on her first attempt at that next session.

Released Nov. 6, 1961, “Crazy” would become a No. 2 country hit and Cline’s only top 10 pop hit. It would go on to become Nelson’s favorite recording of one of his songs.