Quick Draw Album Reviews: Don’t Turn The Radio On If You Want To Hear Rodeo Queens 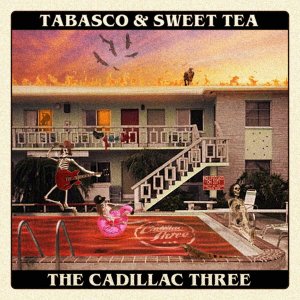 Despite me not caring for The Cadillac Three’s music thus far, I was interested in the buzz surrounding this newest project. The band was reportedly ditching their country radio expectations in favor of a country-funk sound that’s apparently been a long time coming for them, and given that they just released a new album in February, this seemed liked the type of pivot that seemed genuine, especially with the leaner runtime. I’m normally against acts releasing two albums in one year – diminishing returns are a thing, after all – but again, I was interested in this.

Unfortunately, that interest faded about five seconds into this project, when I remembered that none of these guys are particularly good songwriters, especially when they write about women. Of course, lyrics obviously aren’t the point with this project … so why does this sound paradoxically overcooked and lacking, depending on the song? I’m all for blistering funk-meets-southern-rock – you’ll see that with an album below – but there’s no sense of groove to this project whatsoever. The guitar tones have enough firepower to handle the solos, but this all mostly feels conventional and stuffy, bogging itself down in heavy reverb to evoke a hazier, outlaw vibe. Of course, it’s worth noting that, for one, front man Jaren Johnston isn’t a particularly good singer, so the muddy mulitracking around his vocals to make him sound raspier just end up sounding awful. But it also feels much murkier than it needs to be, when this should have the room to breathe to actually be, you know, fun.

But no, what we end up getting are embarrassingly bad attempts at picking up women – it’s telling that they write about trucks with more respect than them here – and a few obvious weed songs thrown in, as if this wasn’t lame enough. “Turn the Radio On” at least offers enough interesting subtext to suggest a hint of shade thrown toward country radio’s treatment of them thus far, but it’s relegated to one moment on the album, and honestly, it’s a rare moment where I’d side with that establishment anyway. If this is The Cadillac Three “uncut,” I’ll stick with Blackberry Smoke and Whiskey Myers. (Very light 3/10) 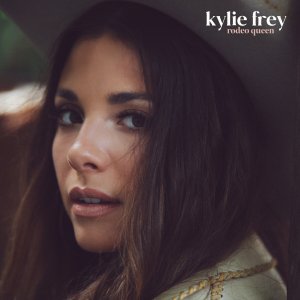 I know that sounds forceful, especially now, of all times, but I’ve been waiting for Kylie Frey to drop some sort of project since I heard “Too Bad” in 2017. Granted, the scattered release of singles over the years probably hasn’t helped cultivate any momentum for her, and I’m not sure I would have picked now to release something bigger, even if it’s just an EP. On the other hand, this is the sort of country music I grew up on. It’s comfortable, familiar, and she performs the style well.

And while this EP is pretty solid, I’m also left wishing her and her team just included those older singles here to flesh out the project. It’s good, but, like with all EPs, it feels a bit lacking and I know Frey has the potential to deliver something great.

But I do appreciate the simplicity of this project, both in the well-balanced mix of pedal steel and fiddle that has a surprising amount of punch and drive to it on tracks like “I Do Thing” and the “Girls Just Want to Have Fun” cover – which works surprisingly well, I might add – but also in the content itself, which mostly finds Frey content with her life, but also yearning for something a bit more. Which is to say those feelings manifest themselves in various ways – from reminding herself she’s rich with love on “Two Dollar Billionaire” to finally settling down on the obvious wedding song of “I Do Thing,” both of which are weaker tracks, especially the former with that chopped-up acoustic groove. What impressed me more was the title track, and how Frey acknowledged the scars from faded dreams and goodbyes did cut deep, but that the drive to overcome those downfalls was much greater for her. It’s more interesting and complex, especially with the burned-out, atmospheric smolder to it. Again, too, even going back to “Girls Just Want to Have Fun,” by grounding itself in that same thematic framework, it’s more than just a fun cover. And that’s where I’m at with this project as a whole. It’s really good, but I’m hoping for a great full-length project at some point. (Strong 7/10) 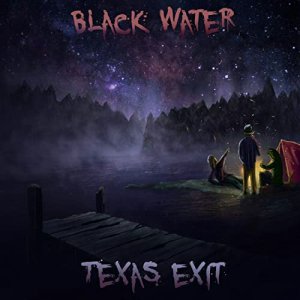 I have my friend Josh over at Country Perspective to thank for this recommendation, and since there’s no better time to get on board with an act than with a debut, let’s discuss Texas Exit. They’re a trio based out of Edmonton, Alberta, Canada and cite ‘80s rock and ‘90s country – Van Halen and Brooks & Dunn, in particular – as the prime influences on their debut, Black Water … and it shows, both in the hair-metal approach to the showmanship, country-inspired melodic approach and ode to nostalgia itself on tracks like “Home Again.”

Now, that’s to say that it’s very much a niche project that wears its influences on its sleeve and won’t be for everyone. As someone who has a soft spot for both of those eras and is certainly interested in hearing an unlikely combination of the two, this works surprisingly well. Sure, it’s loud, brazen, full of attitude and totally overdone at points, but for one, it never takes itself too seriously, and when the melodies, grooves and hooks are this solid, especially on “Home Again” and “Turns to Love,” it ends up being a ton of fun. I will say that front man Ryan Irving has a tendency to oversing … pretty much everywhere, but it’s a vocal style that can fit the swell of the drinking song “My Own Bartender” or the swaggering “When She Drinks” as well as provide an unease to some of the darker tracks in “Empty Room” and the title track.

Even with all that in mind, though, I wouldn’t call it a gimmick, mostly because the songwriting is sharper than I think it’ll get credit for and offers more than just fun party tunes. Behind all of the attitude on “When She Drinks” is a woman who’s pretty ordinary in her everyday life. She doesn’t fit the rock ‘n’ roll cliché until Friday night when she’s prone to outdrink everyone, and it’s a detail I appreciate. “Empty Room” is probably the most surprising cut in comparison with the rest of the album, offering a glimpse into a father suffering from mental anguish and depression from the years that have passed since his daughter’s disappearance and likely death. The title track follows after, turning that old country cliché of a “dirt road nobody knows” into an actual urban myth of a place no one returns from alive, and it’s kind of awesome. Now, I do think they could push a bit harder with the actual details on those two tracks, but there’s potential for something even better down the line. In other words, this is a really solid, if misshapen first step. Good stuff. (Strong 7/10)