Perhaps more than any other year, I’m left hunting for new music in the unlikeliest of places, and when I hear word of an alternative country album that’s somewhere between ABBA and early ‘80s Dolly Parton … well, OK, I’m intrigued. Indeed, Pearl Charles’ sophomore album is a bit of a departure from her debut, favoring a sonic palette somewhere between the aforementioned influences and the dreamier pop-country of the ’70s with a dose of soft-rock thrown in, the latter gaining increased traction in recent years – outside of country music, that is. As such, I’m not surprised at the retro-leaning touches or nods to Rumours-era Fleetwood Mac in the moodier, darker melodic compositions, given how much of a resurgence that band unexpectedly made last year, especially on the stabs of bass and keys driving “Slipping Away,” my favorite track here. I am, however, questioning if it’s a genuine pivot or just a way of testing the waters with a sound finding its own second wind. But when the melodies and hooks stick, I found more to love here than I initially expected. Plus, if there’s anything separating this from the pack, it likely is the addition of country tones in the warmer guitar pickups and lingering pedal steel to fill in the atmospheric mixes alongside the warm, firm basslines and analog keyboards. It’s a rich, warm listen that indulges in its atmosphere to great effect, especially when the general thematic arc of the album explores something of an identity crisis in growing older and learning who you really are. It’s not explored in superb depth, but I did appreciate the progression and cohesiveness of the content.

I will say, though, that Charles isn’t a very expressive singer and does fault toward more nasal, unflattering tones at times, and the sharper multitracking on “Sweet Sunshine Wine” – especially with that jarring, unexpected transition, you’ll know it when you hear it – and “All the Way” doesn’t help matters. But I also think it’s a result of the arc itself and her still figuring herself out as a vocalist and artist. And I love the way she leans into the fears and general uncertainties that color the content, especially on the excellent “Only for Tonight” and “Don’t Feel Like Myself” – you won’t know if you don’t try, after all. And that’s explored in more painful ways on the post-breakup of “What I Need.” But the album does lose steam in its second half, defaulting to generic lovestruck platitudes that brush over a darker subtext untold, like on “Take Your Time,” or get oddly nihilistic on “As Long As You’re Mine,” where that lazy, rollicking organ provides the absolute wrong tonal choice overall. It’s tough, too, because I want to love this more than I do, and I’m generally a fan of the warmer presentation and sound, but it’s a case of the little elements not quite coming together all the way. Extremely strong 7/10, I definitely want to hear more. 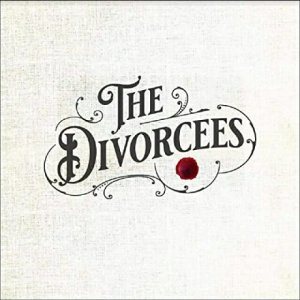 The Divorcees, Drop of Blood

I won’t lie: I checked this out while browsing around for new releases because the album title caught my eye. Then I saw they were a Canadian band, and given how our friends north of the border have delivered some excellent murder ballads, I had expectations. Granted, their newest album’s title track isn’t quite that, and if anything, the Divorcees are known primarily as New Brunswick’s favorite honky tonk band going on 15 years, and I liked what I heard from digging through their backlog. Simple, for sure, but also the sort of honky tonk band that you know would sound better live yet still managed to capture that energy on record, which is rare. I especially dug the snarl evident on their 2012 concept album, Four Chapters, but that success hasn’t quite translated over here in the United States, and they’ve gone through a few lineup changes over the years. Case in point on their newest album, which brings back original lead singer and founder Jason Haywood for a decidedly more low-key release. Granted, I see why – it’s hard to capture live magic right now when acts can’t tour. But I’d also classify Drop of Blood as a weaker effort overall, not quite as sharp in the guitar axes or melodic compositions, and not favored by Haywood’s tone, either. He’s not bad, but his generally flat tone doesn’t do much to add any punch or charisma to the uptempo tracks here, nor does it add much darkness or character to tracks that could have afforded more, outside of capturing weary resignation on the excellent title track – it’s not a murder ballad, but I love it just the same. I do like when the band leans into darker tones, if only because the subject matter usually matches it well, like on “Too Old to Die Young” or “Drinkin’ in the Afternoon” that gets surprisingly bleaker as it goes along, or leans into something seedier on “Making the Scene.” Elsewhere, it’s simple to a fault, like the played-out city versus country theme of “Small Town City Boy” or the working man blues of “Must Be Nice” that has no bite to match its sentiment. I do love the title track, though, which rides that spacious, minor groove off the piano accents toward something a bit more complex as a rambling man is left to face that open world by his lonesome, coming off similarly themed tracks that aren’t pulled off as well. Strong 6/10 – it’ll suit its target audience just fine, I’m just not there all the way.

Let’s start off the year with some bluegrass, shall we? After all, this is one of those projects that features a murderer’s row of performers and guest stars, all centered around an accomplished player of his own right in Justin Moses, with Fall Like Rain acting as somewhat of a long-awaited sophomore project. And on a technical level, this is an easy project to like, where the solos trade off each other masterfully – especially when Moses is joined by Sierra Hull, his wife and an accomplished mandolinist herself, on “Taxland” – and Dan Tyminski comes to nail the vocal of “Between the Lightning and the Thunder” out of the park. But it’s also one of those assets that can be a flaw; that is, in the general scheme of things. It’s a short project bolstered mainly by its instrumental pieces, where the content only loosely supports an arc of finding yourself and daring to embrace what tomorrow brings, perhaps captured best on “Walking to Lebanon” or the aforementioned “Between the Lightning and the Thunder,” but also one that feels short-changed by trying to include too many cooks in the kitchen or just leaving certain tracks like “U.F.O.” with good foundations but not the means to take them a little further. I mean, it’s nice to hear Del McCoury here, but “My Baby’s Gone” is a pretty standard breakup track performed better in the Eric Clapton cover of the title track, especially when Moses’ high tenor plays well of the frenetic tension and progressions of the instrumental solos. Like Sierra Hull’s 25 Trips from last year, it’s a bluegrass album that experiments with its mood and textures to great effect, albeit less so here. It’s good and certainly enjoyable, but it’s not much more than that. Still solid, netting a decent 7/10 from me. And this early in the year, I suppose it’s good to have something this simultaneously (and paradoxically) adventurous and calming to embrace what’s ahead.