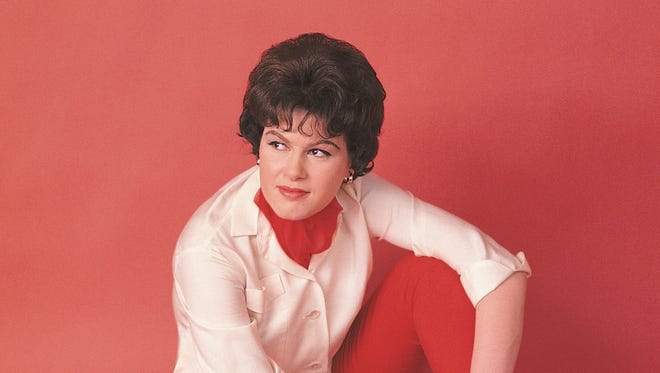 By request, we’re taking a look at 1962 for the next edition of this series, a year notable for Ray Charles’ Modern Sounds in Country & Western Music … which, sadly, wouldn’t be claimed by country fans for some time. Indeed, by this point, Nashville was fully entrenched in the Nashville Sound, and I’ll admit, this wasn’t quite my favorite year or time period in country music. I like pop music – I just have rarely liked country music’s take on it. Still, there’s plenty to enjoy from this year, including a few genuine classics, and if anything, this was the year of the underrated gem. I had a lot of fun rediscovering forgotten tunes and giving them their proper due here, so let’s get rolling. As always, this is an exercise in counting down the best hit singles of a particular year (top 20 hits or close to it). If you want to know what was and wasn’t eligible, click here. Also, remember it’s all in good, lighthearted fun and nothing more.

If you’re curious as to what other years I’ve looked at for this feature, click here or here and scroll to the bottom of the page, if you want a more organized list.

Ah, the good old days, when a solid top 10 hit could be legitimately forgotten with time. And that’s a shame here, a song where Skeeter Davis watches her ex-significant other marry someone she introduced to him, and he’s got the nerve to invite her to his wedding. Indeed, it’s the subtle anger seething beneath in Davis’ performance and that dark, recurring piano riff that sells this for me, especially when she ponders her own culpability in the fallout. Bitter in a way that was missing from most this year, it’s an underrated gem.

There’s a part of me that misses the art of answer songs and sequels in country music. For those who don’t know, this is a sequel to Jimmy Dean’s “Big Bad John,” his biggest hit and one about a physically huge miner who kills a man over a Cajun Queen, who then pays for it by helping others escape when a support timber cracks, leaving him to die there. This song, I admit, is a bit more ridiculous, driven off that swaggering harmonica (that I’m pretty sure they use in those Jimmy Dean breakfast commercials) and delving into an exaggerated alternate ending in which that Cajun Queen rescues John and has over 100 children with him. Admittedly, I liked the whole “eye for an eye” thing they had going with the original, but there’s something so ridiculously fun and self-aware with this that I don’t believe it’s ever meant to be taken seriously, and that’s enough for me to place it here.

OK, that was a lot. Onward!

I’m not sure what surprises me more, that Loretta Lynn didn’t write this or that this down-the-middle honky-tonk tune was her first top 10 at a time when this sound wasn’t favored at country radio. Granted, it’s got the same blunt honesty to its framing that would inform her best work later on. And the perspective is interesting, the sort of weary highwayman tale of the tolls the road takes on one told from the significant other’s point of view who notes the growing riff between them – where “success” for him just leads to disappointment and disillusionment for what she finds she really means to him. The start of something great for Lynn.

Another case of a forgotten gem, in which George Jones sings a folk-tinged murder ballad and it’s kind of awesome. It helps that there’s an Appalachian setting to accompany in it, reminding me in a way of “You’ll Never Leave Harlan Alive” in its darker sketches. Granted, I can see why Jones didn’t return to this style – there is something about the straight-laced performance that bolsters his unassuming heartbreak songs but can dilute that twist at the end here, but I’ve always been a sucker for stories with well-established characters and motives and the vices that tempt them. And while for Jones it’s just a different way of sketching out that pain, it’s an experiment that works well.

Weird coincidence: There’s two Johnnys on this list that would record songs made famous and, admittedly, better by others down the line. For Johnny Cash, “Tennessee Flat Top Box” didn’t, unfortunately, have much of a life until Rosanne Cash took it to No. 1 a couple decades later, but it’s a good example of how the best songs don’t always become huge hits. Timing is everything. Granted, this wasn’t Cash’s best era – artistically or personally – so I can understand why to an extent, but this is prime Cash. The jittery acoustics after the hook define the record alongside the classic boom-chicka-boom rhythm, but like with Cash’s best records, it’s the story of the underdog – in this case, a musician with no physical abilities other than one to play the guitar and a love for music but not the fame – that carves out his own niche and fulfills his dream in his own way. Sure, it’s a bit cliché in the progression, but there’s something understated about Cash’s delivery that keeps it sincere, enough to where his character’s success in the end feels earned.

A fun surprise for me, and a final top 20 for Leroy Van Dyke. I loved this from the moment I heard it, if only for the several transitions in tempo, the pronounced, bouncy groove bolstered by the swell of strings, the huge hook, and the over-the-top performance that’s one part ridiculous and one part fun and unlike most other songs from this era. Indeed, it’s an exaggerated song about literally extinguishing a black cloud over one’s head and turning the negative into a positive, and what else can I say? Listening to it this past week led to many a good day indeed.

… If you’ve heard it – and it’s a classic, so you should, if you haven’t – you know why it’s here. Aside from the early Buffalo, New York shoutout that I appreciated (because he really has been everywhere), there’s not much to say other than it’s fun trying to keep up with Hank Snow’s rapid-fire flow as he literally rattles off everywhere he’s been, made better in the role of the traveling country musician at a time when going out on the road felt more like a journey, for better or worse. Granted, I suppose the easy criticism is that it’s light on actual details about these places, but that’s what happens when you’ve been everywhere and need to cram it all into one song! And the saloon piano and stabs of organ help keep it rollicking and rolling on a song that shouldn’t work as well as it does. Again, an oddball classic.

For as much as I liked George Jones stepping into the folk realm with “Open Pit Mine,” this was the unassuming heartache number he had always dominated. Indeed, what I’ve always loved about Jones’ take on these songs is the actual distance he puts between himself and the subject, because leaning head-on into things could make them even worse. And here, he’s going to lie to himself and say he doesn’t care about an old flame anymore, but he and everyone else knows differently, and he’s naturally going to paint himself as the fool anyway and draw out that pain. Granted, the other trademark of Jones’ delivery is that he’s able to conjure up that sympathy in spite of it, because he had power of a technical variety and an emotive one, and one of the best of its kind, at that.

So, Patsy Cline dominated this year and it wasn’t really that close, and the only disappointment of recognizing that here is knowing that she’d be gone by the next year. I could just leave it at “that voice,” but it all circles back around to the hook, where the faded memories of what’s left are explained in painful detail, but don’t matter when she’s missing the one thing – the one person – she wants. Indeed, it’s that history that Cline sketches with conviction that makes the loss hit just a little harder, because while she’s got the “little things” from when she was, well, little, she’s a grown woman now left to face reality. I don’t think this draws the most immediate attention in Cline’s discography compared to, say, “Walkin’ After Midnight” or “I Fall to Pieces,” but it should. Speaking of her best moments, though …

This is an exercise in vocal talent, both from its writer who didn’t have the best technical abilities and the singer who had that yet wanted desperately to nail the complex melody and weird phrasing of the hook. What both had in common – Willie Nelson and Patsy Cline, that is – was the sincerity needed to make it work either way. Indeed, it’s unlike anything else in Cline’s discography, where the high notes excellently creep up and pierce the sheer loneliness looming over this record. Even just coming off “She’s Got You,” what’s always made this record, at least for me, is its simplicity – with Cline at the front of an otherwise lonely mix off the few piano notes that are really just there for her as she beats herself up for failing to get over someone. She sings it like she wrote it. This not only is the Nashville Sound at its absolute best, it’s Patsy Cline at her best and an example of country music at its best.