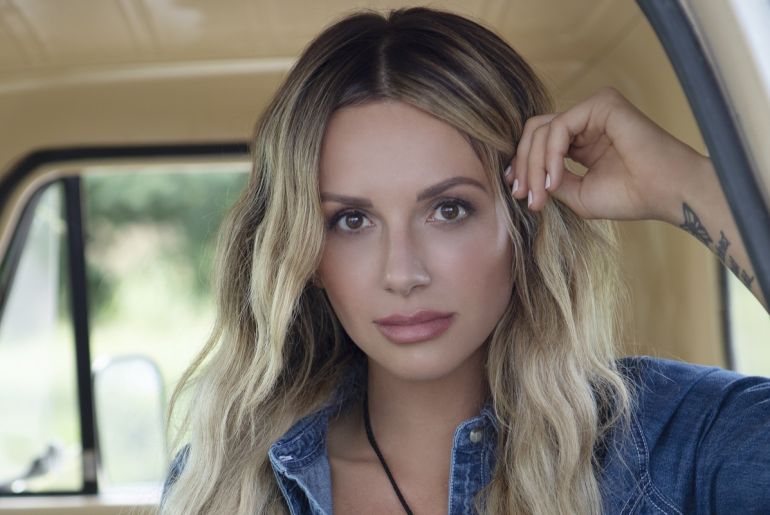 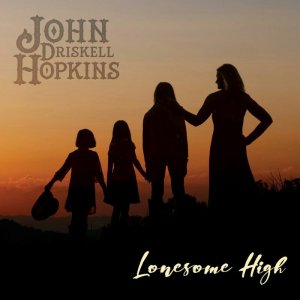 OK, I admit I wondered how long it would take for one of the Zac Brown Band members to strike out with a solo project post-The Owl, but I didn’t think one of its founders would be the first to do it. Granted, I know I’m speculating and making something out of nothing with that assumption, but it is telling that John Driskell Hopkins’ solo debut album (not counting the numerous Christmas collections he’s been a part of) feels like what could have been a natural extension for the band post-Uncaged. Of course, I know it’s unfair to make further comparisons between the band and this project, so I’ll stop. Hopkins, after all, is a much different vocal presence all around. He’s got the type of huge range that can lend itself excellently to some phenomenally huge hooks here, especially that mammoth one on the title track. And in terms of control and tone here, he’s an earnest powerhouse who reminds me somewhat of a polished Toby Keith. But he’s also the type of huge vocalist who tends to oversell his material sometimes and go for big, broad sentiments, which don’t hit as effectively. And that’s a note for the content, too, which is mostly a standard “man on the road” journey focused on a musician getting back home and appreciating his time there, amplified by some of the subtle references of how important that is in the here and now. And I do appreciate the commitment to a thematic arc.

But if there’s a reason to listen to this, it’s the instrumentation and production, which plays to what Hopkins calls “arena-folk,” and I get why. There’s a commitment to huge, rolling grooves anchored by slightly heavier percussion to keep the momentum rolling, and when the melodies mainly lean toward warmer tones and major chords in the compositions and basslines to define the grooves, it’s a huge, sweeping listen at points. And if you know the background, it’s refreshing to hear some really beautifully produced piano and fiddle lines anchor these melodies, especially on a few great highlights in “8 Tracks in Daddy’s Cadillac,” “I Hate to See Good Whiskey Go to Waste,” “Missing You All, All the Time” and the unexpected bluegrass pivot on the closer, “Throw Me from the Mountain.” And there are some fantastic chord progressions swapping the lead instrumentation here to keep things interesting … for better and worse. I like the lazy groove defining “I Know Worries” that’s like a PG-stoner’s anthem, but then there’s “Rebel Road,” which brings in one of the meatiest guitar passages here but is absolutely ruined by that ridiculous child’s choir chanting the hook. And that’s before mentioning ballads that can feel a bit oversold like “I Decided to Live” and “Close Enough” and be a bit too polished for their own good, especially the latter with its reliance on the played-out “I’m just a man” trope. And considering the writing here isn’t the star of the show, the social commentary painting “Human” – which is an old Zac Brown Band song only performed live and not on record by them – can feel a bit cloying, too. As it is, it’s an interesting listen, but an inconsistent one as well. And that’s a shame when there’s some fantastic high points here, lonesome or otherwise. Extremely light 7/10, give it a shot. 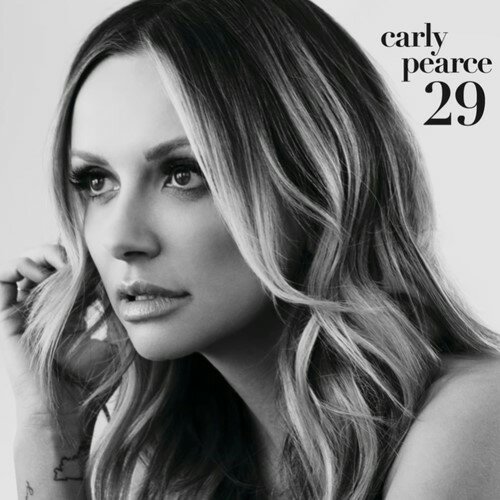 For as much as I should be shocked that Carly Pearce had a new album ready just one year after her last one … oh, who am I kidding. No one is surprised. “Next Girl” came mere months after that album’s release, and not long after her divorce from Michael Ray. And considering that album centered around falling in love and looking ahead and felt half-baked in the execution, it’s best to just to move on entirely from it. Which is to say, then, there’s a part of me that feels bad calling 29 her best album yet, if only because it’s obvious its primary purpose is to act as a coda to that album. Now, it is just a short, seven-song project, and there’s the critic in me that wishes the overall concept of moving on was fleshed out a bit more here, but I also get this album’s place as a transitional album and nothing more. And it’s not just a goodbye to that divorce, but also to late producer busbee, with this acting as Pearce’s most organically produced project yet in the commitment to more defiantly country tones. Also, not to speak ill of her former producer, but Shane McAnally and Josh Osborne are just a better fit for Pearce’s style, even if this can feel a bit lacking as a whole. For one, while I do appreciate the tonal choices, there’s a part of me that feels like they’re not doing much to support the project or give it a unique voice. I like the warmer fiddle that slips its way into the title track, but I kept wishing for more heft and smolder to come from the guitar tones on both “Should’ve Known Better” and “Liability,” which we somewhat gey on the closer, “Day One.” Good, but not quite a standout, and the lack of real diversity can make this start to run together, even with the shorter run time.

With that said, Pearce herself has never sounded better, mostly keeping things downbeat or bitter to sell the simultaneous anger and hurt that shades “Next Girl,” the title track and “Day One.” And I like that she’s unafraid to be a bit more vulnerable and honest about how tough keeping up that facade can be on “Messy.” But that’s a note on the writing, which is also just more interesting across the board. Granted, the hooks can feel a bit undercooked and undersold, especially when trying to make a double meaning out of nothing on “Liability” that feels more awkward than anything else. And for as much meaning as I know “Show Me Around” carries as the last song Pearce and busbee worked on together, it’s the sort of vague, platitude-filled track that relies more on the backstory to give it weight over the actual story. But the title track is the sort of brutally honest self-examination that gives this album its best moment, and with the driving urgency framing “Next Girl” and “Day One,” this is an entirely new Pearce. Light 7/10 – it’s good, but I’m more interested in hearing where she goes from here. 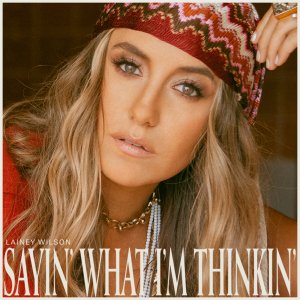 This is one of those projects that seemed to come out of nowhere – where the grassroots support and critical acclaim eclipsed pretty much anything else surrounding it. If anything, then, Lainey Wilson’s debut album reminds me of Caylee Hammack’s debut last year: Radio is not biting yet, but there’s a solid foundation nonetheless. But I could tell Jay Joyce produced this before I even looked it up … which leads to both good and bad talking points. On one hand, I like that Wilson is aiming for something of a neotraditional-meets-southern-rock blend in her approach, and if you’re looking to hammer out the rougher edges, Joyce can be a solid choice. But he’s also frustratingly inconsistent, and this is one of his misses, especially on an album that embraces the overemphasized, unsubtle clunkiness that’s characterized his groove sections in the past. It’s a project that’s not as organic or groovy as it could be, and it doesn’t help here that there’s a track called “LA” – determined to let listeners know that Wilson thinks of Louisiana and lower Alabama, among other things, before she thinks of Los Angeles, in keeping things “country” – yet sounds like it comes from the LA she’s avoiding in the disco-funk-inspired blend and mix. Granted, when talking specifically about Wilson’s take on this sound as a whole, it helps that she’s the kind of charismatic vocalist trying to keep this populist and fun in her approach, and that can lend a rollicking approach in the delivery of tracks like “Neon Diamonds” and “Straight Up Sideways” that somewhat make up for the production blemishes. And when the production gets out of the way and leaves her with little more than mandolin and surprisingly great minor chords on tracks like “Things a Man Oughta Know” – the easy highlight – and “Rolling Stone,” she proves she’s capable of emoting more with less.

That’s not to say the production is without its bright spots either. I like the liquid, smoldering touches anchoring the guitar on “Keeping Bars in Business,” and for pure, shit-kicking modern honky-tonk numbers, both “Neon Diamonds” and “Straight Up Sideways” aren’t bad. But there’s also the writing to address, which is built around the title track’s concept of crafting a unique identity in her content, only the country pride sentiments that shape this album, while not defensive in a way that can ruin other country-rock projects – looking at you, Jason Aldean – just feel played-out by this point and more than a little forced. “Pipe” builds off generic platitudes, and it’s easy to tell where “WWDD” is coming from a mile away (and if you haven’t heard it, I’m sure you know what the acronym stands for anyway). “Dirty Looks” and “Small Town, Girl” both try and work their way back around to awkward hooks and frame their sentiments from them, and it just feels clunky as a whole, especially when the former track steps into awkward, spacier pop-country territory that doesn’t suit her. I do hear potential, though, and if there’s any track to celebrate, it’s “Things A Man Oughta Know.” It starts from common clichés of things “country men” ought to know how to do, like fishing and hunting, but shifts toward an examination of how they also ought to know how to care about a relationship and learn what love means, and it’s an excellent moment here that really redeems the album. As it is, I hear the appeal, and I want to hear more from Wilson. I’m just not all the way there with this album. Decent 6/10 – it’s worth a shot.