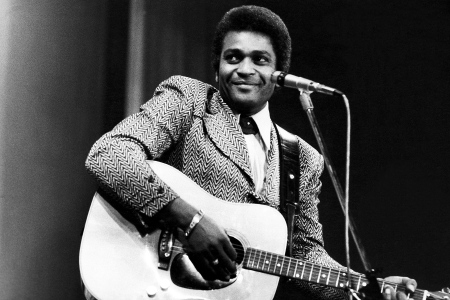 It’ll be a potentially busy week for me, folks. I have plans to review Morgan Wade’s Reckless in full, and will likely review the latest offerings from Valerie June, Austin Meade, and Rob Leines in a roundup post, if time allows. Stay tuned!

The Texas Rangers have dedicated its new spring training baseball field to the late country legend Charley Pride. The newly named Charley Pride Field in Surprise, Arizona serves to honor the Rangers fan who in 2010 became a partial owner of the MLB team. Those familiar with Pride’s story know he spent seven years as a pitcher playing for the Memphis Red Sox and Birmingham Black Barons between 1953 and 1960. A video of the dedication can be found below. (Music Row)

You are greatly missed. pic.twitter.com/v46HyO2EQ3

New music alert: Cody Jinks will release Adobe Sessions Unplugged on May 7, featuring acoustic performances of songs and interviews from his 2015 Adobe Sessions album. Fans purchasing the CD and vinyl versions will have exclusive access to bonus features, too. To pre-order, click here. (Music Row).

“When it comes to Chris Gaines, I can’t tell you anything except … you’re gonna have it in every format you can possibly imagine, even in vinyl. And, you’re gonna have Chris Gaines stuff nobody’s ever heard before either. It’s all comin’.” – Garth Brooks, who’s either announcing or threatening us with new Chris Gaines music, depending on your perspective. Now that’s a sentence I never thought I’d write. Those who remember Brooks’ alter ego know that in 1999, he issued The Life of Chris Gaines, a fictitious attempt at doubling as a pop singer masquerading as a troubled rock idol. The goal for Brooks was to prime his audience for a Hollywood film in which he’d play the character, but the album was misunderstood by both fans and critics, and plans for the film were quickly scrubbed. (The Music Universe)

New music videos are here from Chapel Hart (“You Can Have Him Jolene”) and Amythyst Kiah (“Black Myself”).

In relation to last week’s story, a GoFundMe has been set up for Travis Meadows by Karen Adams Sikes. As noted last week, Meadows recently underwent an unexpected medical procedure, and while he’s on the road to recovery, it’s a long one indeed. If you’d like to help one of the current greatest songwriters out there, click here.

In sad news, Scott Whitehead (of the early 2000s duo Hometown News) has passed away. (The Boot)

“When people start to use words like offended, the word offended is weird to me because my Grandfather taught me at a young age, when someone says something to someone else, not directed at you that doesn’t affect you. The only way that you can become offended, is if you are so self-absorbed [that] you make something about you that’s not about you … He [Allen’s late father] said, ‘Son, you are one of the few Black artists in country music. There’s not a lot of you in country. So, when things happen in country music that White people don’t understand, you are the person that they can reach out to that’s in the format, that has that point of view as a Black male in America. You have to accept that responsibility, whether you like it or not.” – Jimmie Allen, on a recent episode of the BobbyCast, on Morgan Wallen’s use of a racial slur earlier this year, in what is a truly insightful conversation. Allen reveals that he’s talked with Wallen every day since the incident, letting him know that what he did was wrong, while also saying this, in regards to fans on social media: “The extra stuff … I feel like people just want to be seen. I feel like sometimes people just want to be in the spotlight, you know what I mean? With the extra hurt. A lot of times it’s just nonsense to where people want to look cool on social media.”

“I’ve heard it all … Everyone wants me to be the next … what? Miranda’s the bad girl. Ashley’s the tattooed girl. I had people telling me I could be the next X, Y and Z … and I didn’t want to do that. I wanted to be me.” – Morgan Wade, who released her highly anticipated solo debut this past Friday, in an interview that chronicles her path to sobriety and how it’s formed her new music. (American Songwriter, by Holly Gleason)

“It reminds me of maybe how a mountain climber gets to the top of Mount Everest … There’s this joy, but there’s this incredible exertion that goes into it. There was crying, there was laughing. You are learning how to collaborate not just with one person, but with two different people and realizing that it was important enough that you had to go through all those steps. After those 10 days out there, I felt that I’d reached the summit. I think the three of us walked away from the sessions incredibly galvanized and kind of assured. We knew we were going to pursue this as a band.” – Midland, on the release of its new album/documentary, Midland: The Sonic Ranch. I know there’s a lot of talk about this band’s authenticity regarding their beginnings, and I’ve never cared much either way on that, but even this sounds a little cheesy to me. On a more interesting note: Midland will reportedly release a new album either in late April or early May. (CMT, by Jessica Nicholson)

“[Diane] Thram teamed up with Tabu Osusa, whose record label, Ketebul Music, archives rural Kenyan music and hunts down obscure and forgotten Kenyan folk recordings from the past. Together, Osusa and Thram set out to bring the recorded music back to the people who created it.” – A short quote, I know, but I highly encourage you to check out one of the most fascinating pieces I’ve read in a while, on the influence Jimmie Rodgers had on the music of the Kipsigis peoples of Kenya’s Rift Valley, and the myth of Chemirocha. (Atlas Obscura, by Ryan Kailath)

If you want a fun, short biography on Loretta Lynn, her YouTube channel now has you covered.

Country Universe’s Kevin John Coyne – the best boss I ever had, for the record – recently sat down with Lizzie No to talk about everything from New York City, No’s “Niagara,” and her career thus far. One thing that caught my eye as a sad-but-true fact for 2021: “The way it seems is that if you want to sing mainstream country music, capital C, it’s still kind of scary and inaccessible, and you still have to get permission in a way. Of course you don’t need permission to be an artist or write songs or jump up at an open mic. But if you want to get a country album made and go on tour, you still have to get permission from the powers that be. You have to get a label behind you and at least some radio support. In Americana, on the other hand, there’s still some networking to do … but there’s a little more wiggle room to be different and make records independently with a smaller budget. You can throw together some more rough and ready tours. There are just these little cracks in the door in the alternative space that I feel like are harder to find in a mainstream genre.”

YouTuber Grady Smith recently released a video detailing Alan Jackson’s life and career, from his humble beginnings in Dixie Steel, to becoming a neotraditionalist, to becoming something of a rebellious outsider at the turn of the century, to a compelling deep-dive on his landmark hit “Where Were You (When the World Stopped Turning).” Oh, and he also discusses the #BolognaCurse. Jackson’s one of my favorites, so this was a really fun watch.

That’s all, folks! Anything else? Let me know!