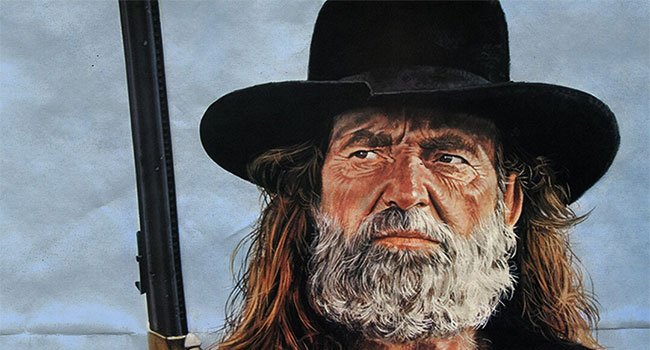 As the early 1970s roared, Willie Nelson finall found his artistic rejuvenation, even if his commercial rebound was still a few years away. In February 1973, he recorded 31 songs in five days that were cut down to craft his next album – Shotgun Willie, featuring a title track that would become a staple in his live show, along with “Whiskey River.” Unlike past albums, Shotgun Willie owed nothing to the now fading Nashville Sound. Nelson’s sound now owed more to anything from hard country to jazz, rock, Tejano, and blues, reflecting his musical upbringing far better than earlier releases. Like past releases, however, sales were still poor. The difference came in execution; the wheels were in motion, the reviews were glowing, and young fans continued to gravitate toward Nelson’s unique fusion of sounds.

The only entity frustrated with his follow-up release, then, was Nashville. Phases and Stages was another ambitious concept record, about the breakup of a marriage, with one side told from a husband’s side and the flip side used to tell a wife’s point of view. It was also cut in Muscle Shoals, Alabama, and noticeably more R&B-influenced. Further irony: “Bloody Mary Morning,” a single from the album, became Nelson’s first top 20 hit in more than five years. History eventually repeated itself, though. Nelson’s poor sales were enough to convince Atlantic to close down their country music division, and Jerry Wexler, the man responsible for recruiting Nelson for the label, quit in protest.

But, we’re not returning to the beginning of the story. Unlike before, Nelson now had a strong, almost cult-like following of fans that believed in what he had accomplished, and rather than feel discouraged or defeated, Nelson was more creatively determined than ever before. Plus, he wasn’t starting back at square one. As a parting gift, Wexler allowed Nelson to keep his signing bonus, plus the masters to every recording he had made while under contract.

Looking to his friend, Waylon Jennings, for inspiration, Nelson turned to Columbia Records to negotiate a deal that would allow him complete creative control over the albums he made with them. Two Nashville outsiders had just beaten the system at its own game, and it was time to reap the benefits. Creative control for Nelson also meant utilizing his own team of players, and so, alongside harmonica player Mickey Raphael, drummer Paul English, and sister Bobbie, Nelson recorded another concept album – this one inspired by a road trip with his wife that started with a suggestion to record an old murder ballad Nelson sang to his kids as a bedtime song.

Indeed, the album itself was bloody … if bare. Certainly not in idea or scope, though. Despite featuring covers of Hank Cochran’s “Can I Sleep In Your Arms” and Roy Acuff’s “Blue Eyes Crying in the Rain,” the album’s concept was fully realized – the tale of a preacher driven crazy by his wife’s affair, resulting in her and her lover’s deaths, followed by a killing spree that frames the narrative. It cost $4,000 to make, a low sum even for the time. Nelson felt his past records had been overproduced, so equipped only with the sparest backing instrumentation and his idiosyncratic phrasing and guitar-playing, Red Headed Stranger was born.

Well, almost. The thing is, Red Headed Stranger very well could have been overproduced. Nelson’s label bosses thought he had turned in a demo when the final product was finished. Producer Billy Sherrill said of the album, “Did he make this in his living room? It’s a piece of shit. It sounds like he did this for two bucks.” The label bosses wanted to add strings to sweeten the sound; Waylon Jennings came to his friend’s defense, saying of the head of the label, “I called him a tone-deaf, tin-eared sonofabitch who didn’t know nothin’. You ain’t got a goddamn clue what Willie Nelson’s music is about … That album is who he is.”

Eventually, the label relented … under the condition that if the album flopped, Nelson was finished. How fitting, then, that, in the aftermath of a race to the top of the charts for the album that also saw “Blue Eyes Crying in the Rain” become Nelson’s first No. 1 hit, Nashville swiftly looked to capitalize on the growing “outlaw” sound. The album eventually became a double platinum success, but only after the door swung wide open for this sound to have a home and marketable identity. RCA producer Jerry Bradley repackaged old Nelson and Jennings hits not long afterward into a compilation that, thanks to Jennings’ urging, also included his wife, Jessi Colter, and Tompall Glaser, complete with a wanted poster for its artwork. Released in January 1976, Wanted: The Outlaws stayed at No. 1 on the country charts for six weeks, and eventually became the first country album to sell one million copies.

Just like that, Nelson was a superstar – and an unconventional one, at that. He was always more synonymous with Austin than Nashville, though. One of Nelson’s concerts at the Armadillo World Headquarters in late 1973 aired live, and the recording was used to fuel potential for a new television series based around the local music scene. Unlike today, where finding live footage is all but a click away, live music on television at the time was as unconventional as our artist in question. Filmed at Studio 6A, found within the University of Texas campus, Austin City Limits was born. Nelson, naturally, kicked off the show, just as Red Headed Stranger took the world by storm. In time, the city would become known as “The Live Music Capital of the World.”

Still, Nashville needed Nelson. It needed Jennings, too. Together, the two turned everything they touched into either gold or platinum-selling records that rivaled not just anyone else in country music, but anyone else in music, period. Nelson’s creative endeavors hadn’t stifled, either. His bloody murder concept album was followed by projects like the gospel-tinged The Troublemaker and To Lefty from Willie, a tribute to Lefty Frizzell. The unlikeliest of follow-ups, though, came courtesy of 1978’s Stardust, a passion project formed through pop, jazz, and soul standards from the Great American Songbook, inspired by Nelson’s childhood love for the music. R&B organist Booker T. Jones, leader of Booker T. & the MGs, joined him. The album’s cover, pained by Susanna Clark, depicted the Pleiades constellation.

Perhaps stupidly, Nelson’s label once again rejected his ideas. This time, however, it was because his new music didn’t fit the Outlaw image he and Jennings (among others, it should be noted) had cemented in place throughout the decade. Once again, Nelson’s determination paid off, and rather than dust off old classics, he made the songs new again for his younger audience. “Georgia in My Mind” and “Blue Skies” became two more No. 1 hits for him, the former netting him the Grammy award for Best Male Country Vocal Performance. People soon understood it was the versatility in sound that was essential to Nelson’s artistic growth.

Indeed, trying to trace a consistent story from here on out for Nelson gets tricky, because while he kept one foot in country music’s door by recording a Kris Kristofferson covers project and a duets album with Ray Price, he was also looking outward. He collaborated with Spanish musician Julio Iglesias and took “To All the Girls I Loved Before” to the top of the country charts and top five of the pop charts. Not long afterward, he teamed up with soul icon Ray Charles for “Seven Spanish Angels,” another hit. He also teamed up with Merle Haggard to unearth a Townes Van Zandt relic originally given a second life via Emmylou Harris, a tale of a Mexican bandit named Pancho and his friend, Lefty, who may have betrayed him. The former dies at a young age while the other lives on with regret.  It’s nothing short of a cinematic masterpiece that Nelson lent a sense of empathy to and understood.

It should come as no surprise, then, that Nelson was also a natural fit for Hollywood, which came calling for him as the ‘80s roared. His first role was as the snarky cowboy Wendell Hickson in The Electric Horseman, with one of his key (if ridiculous) moments coming in diffusing a tense standoff by singing “Mammas Don’t Let Your Babies Grow Up to Be Cowboys.” Honeysuckle Rose followed, this time portraying Nelson as, well, a wannabe outlaw country singer that featured even more on-screen singing. Oh, and it also includes the aforementioned Emmylou Harris. Duds followed, too, like 1982’s Barbarosa and a film adaption of Red Headed Stranger in 1986, a project spearheaded by Nelson himself that, nevertheless, never caught on beyond Nelson’s most die-hard fans. As Stagecoach, released the same year, exemplifies, however, Nelson’s film roles, however predictable or ridiculous, found him having fun and capitalizing on success in his own ways. Stagecoach, in particular, essentially acted as further promotion for the Highwaymen, a four-part super-group comprised of Nelson, Jennings, Johnny Cash, and Kris Kristofferson. With a chart-topping title track and a well-publicized national tour, all four artists involved proved they still could excite fans even decades into their respective careers.

And even despite juggling several endeavors, Nelson was still on the top of the world. Personally, Nelson had reduced his alcohol and drug consumption (besides marijuana) and was the highest-earning live act in the United States. A businessman, however, he was not, and despite a remarkable run over the course of two decades, Nelson’s world was once again going to get very complicated. Join me next time, where we’ll discuss another fall from grace, and, of course, another rebound like no other.