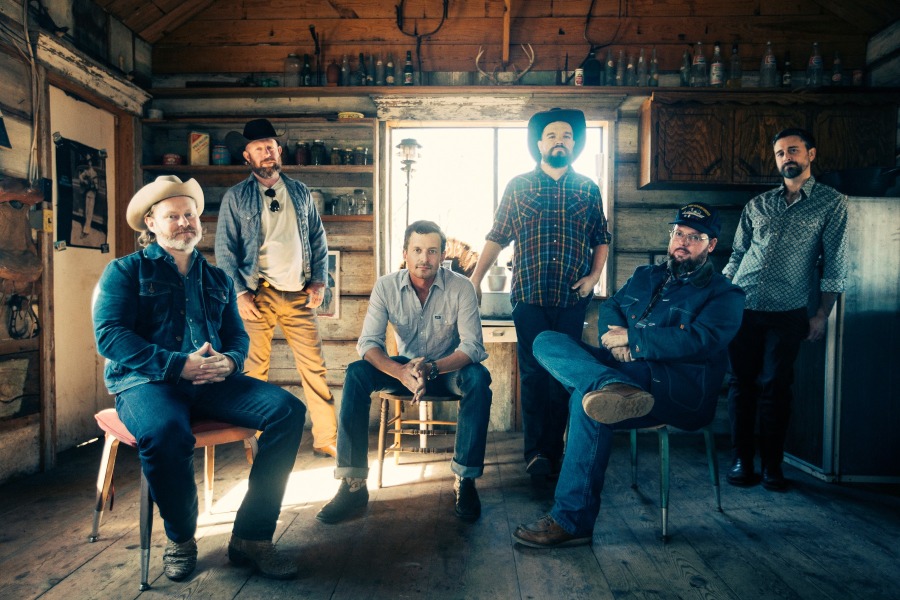 Juke Joint Jumpin’ is a recurring feature in which we loosely go through some of what has been in our respective listening rotations lately, with the primary purposes being to discuss various eras in country music history, offer recommendations, and to talk anecdotally about why these songs connect with us.

I originally had something much different in mind for the Dec. 1 edition of this feature … in that I thought I would write about a few favorite country Christmas songs to help get into the holiday spirit.

And then the Turnpike Troubadours reunited, and my idea for a Christmas edition of this series became a Red Dirt one, given that one rabbit hole kind of led to another. I wrote briefly about the sub-genre in part six of my modern country music history series, but the best source to read on the music is Josh Crutchmer’s Red Dirt: Roots Music Born in Oklahoma, Raised in Texas, At Home Anywhere (coincidentally, Crutchmer also has the details on Turnpike’s reunion over at Rolling Stone, and I highly recommend giving it a read). I read the book very early this year and developed a newfound appreciation for a sub-genre I only thought I knew before, and Turnpike’s reunion only made me want to revisit it all again. While I don’t mean for this to be a rundown of all-time Red Dirt favorites or my picks for the “best” within the sub-genre, it is an honest examination what I’ve mostly been listening to lately from it.

I know, I know, this isn’t anywhere close to the Turnpike Troubadours song I’m supposed to highlight for a series like this; let’s just say I’ll have more to say on their other songs in a future feature. For now, then, I want to highlight a song I’ve always felt has gone underappreciated in the band’s catalog – a fast-paced hellraiser in the same vein as, say, “Before the Devil Knows We’re Dead” from 2012’s Goodbye Normal Street, but also one that’s always grabbed me off the solidly anchored galloping groove driven by blasts of harmonica and banjo. Granted, it’s not quite the straightforward story song one has come to expect from this band. It’s an overblown standoff between friends that’s damn-near theatrical in what it’s trying to go for, where the best I’ve ever been able to interpret the actual tipping point is jealousy between them, which eventually leads to a gunfight. Come to think of it, this could easily be a fantastic sibling song to James McMurtry’s “Decent Man” from earlier this year. In other words, the devil’s in the fine details, indeed.

For as much as I am a fan of the mid-to-late 2000s in country music and consider that the point in which I gravitated toward the genre, even I’ll admit that it houses a lot of milquetoast music from interchangeable artists. Some would say the problem was pop-country, but to me that’s just an insult to actual good pop-country music. I think it was a lack of any raw personality or distinctive edge within the format. Not so much the case with Cross Canadian Ragweed, an act fronted by Cody Canada that built a strong grassroots following through touring and coming up through the Red Dirt ranks, but never quite broke through to country radio beyond a minor top 40 hit in “Fightin’ For” (which, while not my favorite Ragweed song, doesn’t quite sound like anything else from that year). Oh, Dierks Bentley tried to pull a Garth Brooks/Chris LeDoux move by referencing them on “Free and Easy (Down the Road I Go),” and they did have a huge following, all things considered. But I think I speak for many when I say that their eventual breakup came too soon, and in an age where there are more paths to success than just country radio, it’s good to see that their legacy lives on.

I debated whether to feature “Sick and Tired” or “Suicide Blues” here, but ultimately went with the former, mostly because I love Lee Ann Womack’s harmony vocal here. It actually just may be my favorite song of theirs, or at least among them. It’s far more downbeat than one would expect for them, but also weathered right down to its frayed edges enough to lend a greater gravitas to its theme of hitting rock bottom and figuring out where to go from there. Sure, it’s broadly sketched and blatantly inspirational, but it never feels preachy or overblown in what it’s going for, all helped by the fact that it actually sounds like it’s being sung by artists who know what they’re singing about.

And now, the easy criticism for Red Dirt – there’s hardly any women that reach the same heights of success as their male counterparts, and it’s an even worse imbalance than what you’ll hear on your average mainstream country radio station. The thing is, there’s really no counterpoint to it; it’s just a problem that’s occurred for far too long.

Of course, the women are there, and one of my personal favorites within the scene in general is Jamie Lin Wilson, who delivered a slew of excellently written, lyrically rich albums in the 2010s both solo and through her work with the Trishas. I hope we get something new from her soon, but for now, I want to highlight an excellent murder ballad off of her debut-album-that’s-not-quite-a-debut-album, 2015’s Holidays and Wedding Rings. As far as murder ballads go, “Roses by the Dozen” is pretty simple – cheating lover receives their permanent punishment, presumably before what I assume to be is his marriage to the narrator. But it’s Wilson’s weathered, frank tone combined with the low-key but still stomping groove and darker atmosphere that’s always made it a favorite of mine.

Bri Bagwell, “Cheat On Me” (written by Bri Bagwell and Courtney Patton)

And now, another artist I wish we’d hear more from these days! Granted, Bri Bagwell released “Heroes” earlier this year, and that’s a great song, but I’m still left wishing for a new full-length project. I actually covered 2018’s In My Defense as one of the first album reviews on this blog when I got back into writing, and “Cheat On Me” – featured on the album – is a song I feel I didn’t give enough credit to in that review. There’s a nuance to capturing a common feeling of being unhappy in a relationship that can be hard to articulate, particularly when there’s no good reason for it beyond personal circumstances and unhappiness; it happens, and there doesn’t necessarily always need to be a big reason for it. It was a song I was on the fence about then but absolutely love now, helped even further by rock-solid production and an equally great performance by Bagwell. It’s the sort of song I could have seen being a hit around a decade ago on mainstream country radio.

Shane Smith and the Saints, “The Mountain” (live – written by Shane Smith)

I don’t typically review live albums – mostly because I never really know what to say about them that I couldn’t say for any other live review – but Shane Smith and the Saints recently released Live From the Desert and it is awesome. Seriously, I’ve already gotten so much replay value out of this thing. It is, as you would expect from the setting, atmospheric and expansive in a way that flatters lead singer Shane Smith’s earthly, huge presence and bellowing tone incredibly well. I’ve always loved the band’s sonic approach that pulls a lot from Celtic folk melodically, and this just may be the perfect starter project and/or testament to what makes this band great (their own Hail Mary was within my top five favorite projects of 2019, and while this live project heavily favors that album, it’s a fun mix of past and present tunes from them). And after a long and sinuous introduction comes “The Mountain,” and the magic unlocks. I think what I’ve always loved most about their music is how epic and sweeping it can sound in its dramatic stakes, capturing a pure sense of adventure that’s like an adrenaline rush every time … which is fitting, given that this is literally an adventure rooted in folklore about slaying a dragon that’s basically a metaphor for overcoming trials and tribulations. It’s the perfect way to start this journey, and the YouTube video of “All I See Is You” does it even more justice.