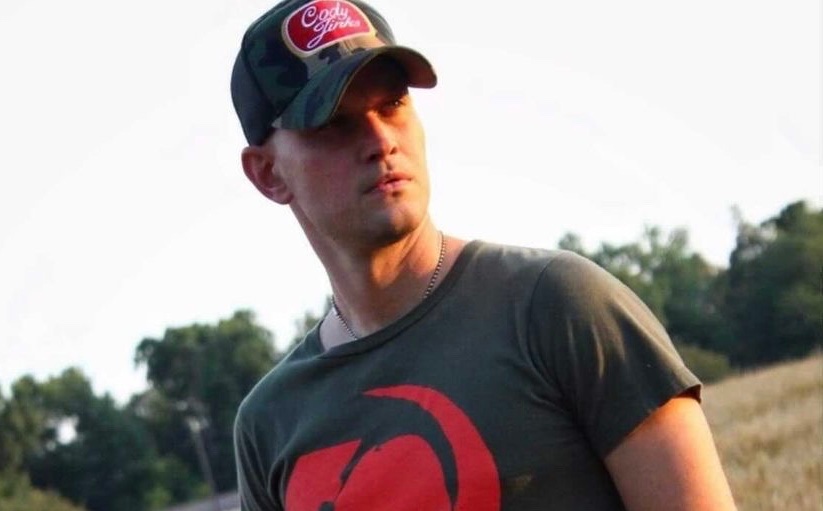 Well, here we are – my first album review of the new year … and I wasn’t expecting it to be this? Don’t get me wrong, I mean that in a good way. Tony Logue surprised me last week with his excellent single “Calloway County,” and I’ve been looking forward to diving further ever since. For context, he started with a mostly acoustic album in 2018 called Serpents and Saviors, which, despite its plaintive nature, I dug for its sharp and unflinchingly dark songwriting. He then released a “Live on Red Barn Radio” session in 2019, and I’m sure certain readers have already made a connection to two certain other Kentucky-based singer-songwriters to emerge within the past decade just based on that statement.

Which, I’ll admit, did have me both slightly intrigued yet concerned heading into Logue’s sophomore project, Jericho. “Calloway County” was excellent, but we’re also starting to experience an overflow of rural-based artists within independent country sketching similar pictures of the despairs facing their culture. And for every gem in, say, Pony Bradshaw, Charles Wesley Godwin or Cole Chaney, it gets tougher and tougher to say something new within that scene or stand out from the crowd.

Thankfully, I’m happy to report that Jericho is not only a cut above Serpents and Saviors in pretty much every way, it’s also the first album of this year I really love and think does enough to separate itself accordingly. I’m not going to say anything content-wise will surprise you (outside of the coalmines being replaced by sawmills and shipyards) or that the influences aren’t readily apparent, but there’s one noticeable element of Logue’s songwriting that I don’t think has been explored with this much detail quite yet within this scene, and that’s an element of morality and integrity.

After all, listen to any of those aforementioned artists and you’re sure to get some harrowing scenes filled with a need for dangerous tasks needed just to accomplish just to survive. But it’s always felt natural out of a sense of duty to protect one’s own or keep others from exploiting them or their land. Here, there’s a bigger question of who one will become after those choices are made and whether or not they can call themselves the “family man” that they strive to be. It’s why “Welder” is such an early highlight for me, a track where our main character struggles to make something sustainable for himself and his family working at a shipyard, which forces him to perform a favor for an outside party who’ll pay him for completing a dirty job that changes him at his core. And I like that Logue never shows his hand here – even if it’s implied that the murder of another is the favor – and focuses more on the fact that, despite doing a good deed for his family, he can’t really call himself a good man anymore, and he has to live with those choices made and doesn’t know if he can.

Indeed, it’s that weight that characterizes this entire project, not just in the present tense, but also in its visceral history that typically shades these types of projects. I’ve already discussed the breaking of the familial and abusive bond that is “Calloway County” – which still may remain the album highlight because it’s just that good – but there’s also “Color Blind,” which, despite offering an admittedly cheesy hook, is based around an interracial relationship that’s looked down upon within that rural community. And Logue is just visceral throughout in standing his ground on the matter, noting “they call it heritage and I call it hate,” which you just don’t hear explored with this much detail and nuance within this scene. I’ll circle back around to instrumentation and production later, but it’s worth noting the intensity on display here and elsewhere that lays the groundwork for this project. Of course, there’s also “Blood River Baptist Church,” which is probably the gentlest track here in terms of tone and pacing, but is also another track to confront traditional values and turn them around in a way I haven’t heard since Emily Scott Robinson’s American Siren, and that’s a high compliment.

I won’t say the songwriting is without its faults, though. For as much as I think Logue often offers enough details to sketch the scenes and add a weighted subtext to elevate them, this is a project that runs long and doesn’t vary much in tempo, which means there are a few cuts I’d classify more as filler. “Baptized” is about turning first-time love into something of a divine revelation, and it’s just a cliché premise, even in mainstream country these days. But I think what I find odder is “Sins of My Father,” which basically re-does “Calloway County” from the perspective of the son who didn’t break free and followed in those same footsteps … and frames it as a soulful, rollicking slow-burn? It’s just an odd tonal fit across the board, and again, is a theme I liked better on the other aforementioned track. Actually, repetition is probably another element that weighs against this album at points. “Dead Flowers” is probably the one song here next to “Life’s Blood” that I’d say is missing a little meat on its bones in its tonal progression, and it’s also a track about the destruction of a family from the death of a child that I’d say is performed with more of a gut-punch on the closer, “Pilot Oak,” (in the form of a miscarriage) if only for that great little melody and the harder ending to accept. In that, try as you may to escape your roots and find something better, sometimes you’re stuck where you are for the time being, and you have to make the most of it to turn it into something better, if you can.

And really, despite some inconsistencies, the high-points here are supremely high. Beyond excellent songwriting to carry them, I’d also have to grant a huge spotlight to the instrumentation and production. I’ve seen some folks make comparisons to Tyler Childers and Sturgill Simpson for the historical context behind Logue’s slow rise, but if we’re referring to the actual music at hand, this is an album that splits the difference between hard country and grimy southern-rock within a Kentucky-based scope in the vein of, say, Chris Knight. Again, another point that could easily refer to the songwriting, but just listen to that slow-burning groove carried off the spacious, atmospheric blend of pedal steel and fiddle to let that despair sink in on “Welder,” or the equally great slow-burn on “Color Blind” that’s far scuzzier and better for it. This is an album that can cultivate atmosphere excellently and consistently well throughout, and while the burnished, darker tracks here are the real standouts – be they the scuzzier tracks or, again, the phenomenally accented acoustics driving “Pilot Oak” – tracks with more rollicking momentum behind them in “Silas” and “Losin’ Kind” prove this album can kick a little bit of ass, too. Heck, there’s two murder ballads in here in “Silas” and “Road to Richmond” – he’s won me over for that alone.

Really, despite my open question of whether this could surprise me or blow me away like those last Pony Bradshaw or Charles Wesley Godwin projects, I think, even despite some slight inconsistencies in pacing, this absolutely did. Again, it runs long and is a pretty harrowing listen throughout, and I get why this style might be starting to run together for some, but it’s absolutely a project worth a chance. This has mostly been sold as Logue’s breakthrough project by other writers thus far, and I think it’s got that magic to get there.