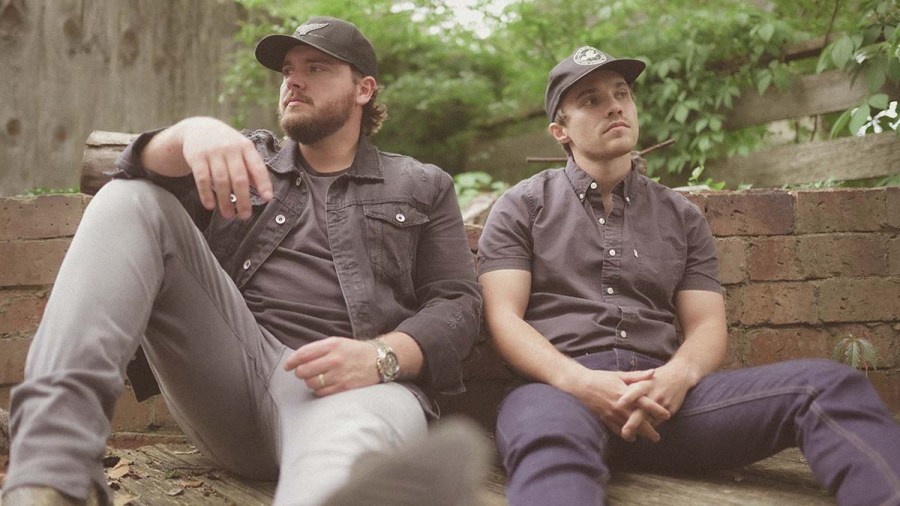 Muscadine Bloodline is an independent band that’s been on my radar for some time, even if I’ve yet to really dig into one of their projects here yet. And considering they’ve received support over the years from acts like American Aquarium’s BJ Barham, Kip Moore, Whiskey Myers, and Brent Cobb, it should come as no surprise that I’d best describe them sound as a rock-inspired country band. I must admit, though, that their debut project is kind of rough, and not in the “around the edges” way. It’s a polished take on the sound that cranks up the distortion and doesn’t always flatter the band’s strengths. I get the feeling they were trying to aim for something accessible in hopes of a bigger breakout that just didn’t happen.

And I say that because, in essence, their follow-up project, Dispatch to 16th Ave., feels like something of a course correction and a more proper introduction to a band that’s way more content with sheer independent status these days, for better and worse. On one hand, considering they’ve mostly garnered buzz for being relentless road warriors, I do think the production on this album has enough of a ramshackle edge in the rougher live pick-ups to fit the feeling of a band playing somewhere in a bar. It also helps that this time around they’re playing to distinctly ‘70s-inspired textures without feeling retro in doing so; this is a project that has the teeth their debut just didn’t, and it shows in the great groove-heavy rollick of the title track.

I do, however, wish there was more immediate punch in some of the compositions to give this album greater unique personality. I don’t get a lot out of either Gary Stanton or Charlie Muncaster as vocalists or performers, and it always feels like they’re a shade too quiet in the mix to hit with more immediate impact. Plus, this is an album where every track literally blends into the next, creating a true full album experience … even if it doesn’t feel like there’s much actually connecting this album together as a whole. I admit, I’ve heard better tracks from the perspective of a disgruntled artist trying to make it on Music Row than the title track, if only for sporting personal, lived-in details rather than a distanced perspective here, but it’s a bold opener that kicks this album off on a good note, and sports a great hook, to boot. But the album doesn’t differ much from jaded tracks caught in the aftermath of bad relationships otherwise, which range from sporting clunky hooks in “Hung Up On You” to feeling like they drag on way too long on “My Side of Town” and the lethargic “The Toll.”

Where the duo nails the balance is in the great smoky atmospherics of “No, Pedal Steel,” where it feels like the vocals are properly centered and the song develops into a fantastic little slow-burn with a great pay-off. Even “Southern” works for a lot of the same reasons – a greater focus on intimacy and songwriting that, despite being little more than a checklist ode to southern tropes, actually implements some unique imagery and feels sincere in what it’s going for, especially compared to the closer, “Down in Alabama.”

Of course, flip the script for a shit-kicking barn-burner like “Dyin’ For a Livin’” and they nail that pretty well, too; it’s a moment of release this album could have used more of, if only to help with the slower pacing of it all. In the end, then, while I don’t always think every element is as strong as it could be here, there is potential for something more. And as an improved sophomore effort, this is worth the listen – I just know there’s something better ahead.