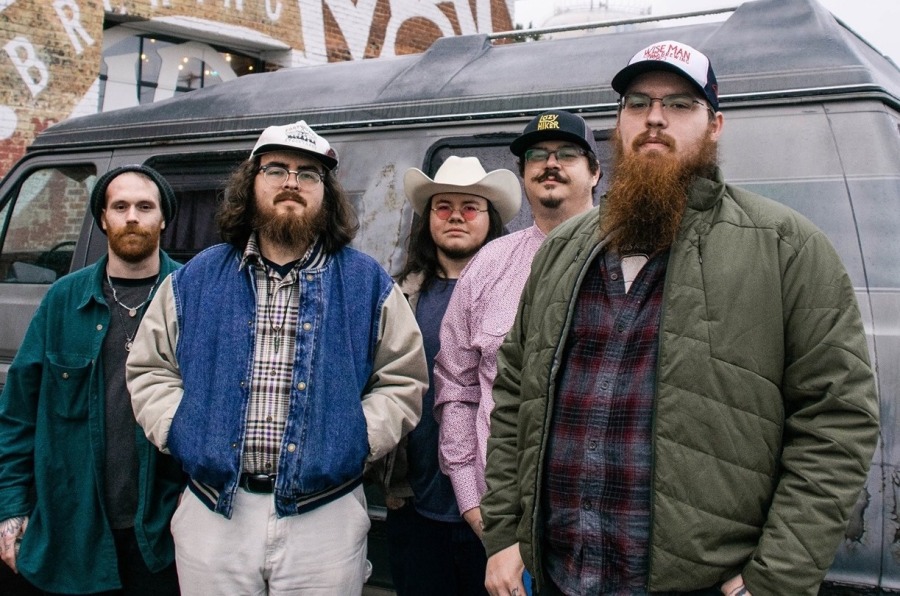 The Boom-or-Bust Jukebox is a weekly feature in which we review one single – either a standalone entity or one from an upcoming album that interests us – as well as anything new to Billboard’s Country Airplay top 40, and a throwback single (currently exploring No. 1 country singles of the ‘90s). Also, be sure to follow our playlist of favorite new country songs, updated frequently!

I’m probably overdue to discuss 49 Winchester here (relative as that statement is for any underground act these days), an independent country band that’s been picking up steam in certain online circles for the past few years. The main comparison point I’ve seen and heard with their DIY approach is to American Aquarium, and from a sonic standpoint, throw in a bit of a Drive-By Truckers and I think you’ve got a pretty good representation of this band.

They’ve got a new album set for release soon, and while I originally had “Annabelle” in my backlog for singles to review, I like “Russell County Line” a lot more. Yes, it’s a fairly straightforward song told from the perspective of a musician on the road feeling the miles and ready to return home, but the key here is the progression and grasp of tone. This is a band known mostly for its snarled country and southern-rock leanings, but they’ve got a soulful bent to their best work too. And between the intimacy crafted in the understated, warm acoustics and piano work that’s doing a ton of the heavy lifting here, this is a track that can own its weariness really effectively and feel like a true catharsis for our character, especially when the track kicks into high-gear for that incredibly well-timed guitar solo. It’s the sort of song that feels familiar but can still ring effectively when handled well, especially by this sort of band. An easy Boom.

And now, our two new entries to this week’s top forty:

Mitchell Tenpenny is, in a nutshell, another disposable male mainstream country act that I should not be talking about in 2022. And for some time there, I was glad country radio and I saw eye to eye on that … except now this song is his first top 40 hit in four years, so the peace treaty is over. Granted, this song isn’t terrible, but it’s not terribly memorable either. It’s good to hear some mandolin and steel guitar in the mix – I just wish they weren’t buried within it. And I also wish I could say that this song had any bite or texture in tone that could help distinguish it from the countless other songs I’ve reviewed for this section of this feature.

The thing is, I like the general conceit of this song. It’s a bitter kiss-off track where neither party is in the right, but isn’t quite in the wrong either. And the narrator sees that, so he tries to end the feud between them to preserve the good memories of their relationship and move on. The problem is that it’s delivered by Mitchell Tenpenny, who isn’t a good vocalist to begin with, but also can’t sell this either the petty bite that could have made this fun or the tempered weariness of someone seriously trying to end a long-standing fight. And without the deeper details in the writing to help flesh things out, we’re left with something only surprisingly decent. It’s an improvement for Tenpenny, but I still don’t need it.

And speaking of disposable male-led acts in mainstream country, we have another Old Dominion single to fill up space on airwaves and do little else … and, wait, this is actually somewhat decent? I mean, the biggest hindrance to any Old Dominion song is always going to be lead vocalist Matthew Ramsey, who’s so nondescript as a vocalist that he’s never been able to sell “cool” or mine for much emotional depth. But this reaches a weird middle ground, where he plays the role of someone whose drinking led to a messy breakup and has to come to terms with the aftermath of it, in which he recovers and makes amends for past actions.

It’s all pretty surface-level with the details, but for once, I actually think it works for him, if only because he plays it straightforward and doesn’t resort to goofy gimmicks like before. It also helps that the mix is surprisingly organic, sporting bouncy acoustics, breezy organ, piano, and what I think are wood blocks for the percussive elements (as well as some surprisingly good bass in the low end, which is rare in mainstream country music these days), meaning that this can sell those positive vibes without going over the top with it. I go back and forth with this band overall, but for what this is, it isn’t bad at all.

And now, this week’s throwback review:

Sure, I don’t mind digging out my CD copy of your debut album, Garth.

In all seriousness, this is an odd way to introduce Garth Brooks into this series. He’s known today as one of the biggest cultural icons of the ‘90s right next to Shania Twain – and notice how I didn’t just say “country music” icons – but while “Much Too Young (To Feel This Damn Old)” was a smash success and helped to shine a deserved spotlight on both his and Chris LeDoux’s career, Brooks didn’t become Garth freakin’ Brooks until a final single from his debut album went on to become a classic. We’ll get to that eventually, but in between … well, we have this western-swing inspired cut that’s among the most forgotten of his earliest singles, and I completely understand why. It’s goofy and gimmicky in a way that carries the mark of a performer just starting out and not quite sure of himself. And it feels especially awkward coming off of a tempered debut single in which the weariness and darker self-realization of mortality helped to establish a different image for him – and somewhat continued to on “Tomorrow Never Comes,” as well. Granted, it’s not like Brooks wouldn’t embrace this goofier side of him later on (for better and, sadly, much worse), but this has always felt a bit awkward as a whole for me.