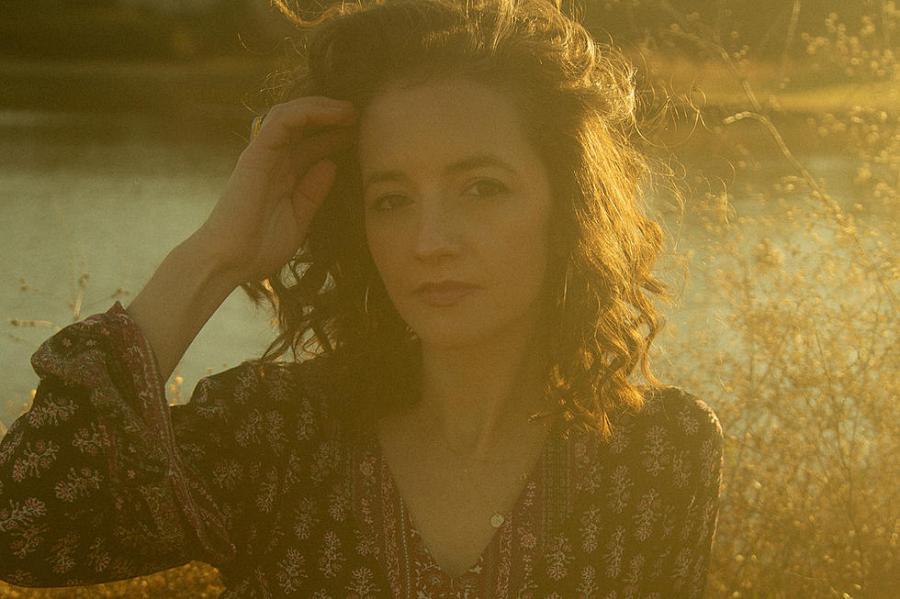 It’s nice when a comeback effort turns into a breakthrough effort.

And after a release stymied by label financial troubles in 2016, that’s exactly what Desert Dove operated as for Michaela Anne when it was released in 2019. And while a new label home and proper promotion definitely helped, I think its sound and scope also gave way to a new path for her. True to its name, the album was spacious, pulling from the same brand of atmospheric pop-country you could trace back to various points in country music history – anywhere from Kacey Musgraves’ Golden Hour to Gram Parsons’ work, really – or beyond it to the California-inspired, folk-leaning “canyon” sound. It’s the sort of sound that’s picked up traction in recent years in all corners of the country universe (and even beyond it): a huge, wide open space that often accentuates lush instrumentals, beautiful melodies, and a sense of lonely isolationism in the content; a restlessness and yearning, if you will.

So, OK, like any sub-trend there’s a criteria set for what to generally expect, and I’ve heard albums that don’t always fully pull it off or do much with the sound other than establish the basics. But for Anne’s ethereal tone and cadence, the shift in sound was one she commanded excellently, and the lead singles ahead of her latest album, Oh to Be That Free, suggested she was going to double down and further what had been established on Desert Dove.

And I’ll say this: If Desert Dove was the point where Anne established a new path for her sound but also offered points where it could improve or expand, Oh to Be That Free is the moment of refinement that makes for an even more textured, lusher, and developed project. And by taking even more chances with the compositions and the writing, she may have just made her best project to date – and one of the best of 2022 thus far, for that matter.

And while my preamble would suggest that the overall sound and scope of this project is what takes center stage – which it does – I’d like to dive into the lyrics and themes first and foremost, if only because they’ve always been the one area to feel a bit slight for Anne; refreshingly straightforward, too, to be fair, but definitely not the immediate selling point here. And yet, if Desert Dove was her journey to love for love’s own sake and not just for selfish desire … well, Oh to Be That Free certainly continues that arc – it’s actually a line paraphrased from “Who You Are” – but there’s also something equally as wide open in its scope and its sound this time around, turning inward for deeper self-reflection, but also outward-looking in its various examinations of mental health and self-worth that’s beautifully empathetic in its framing for both her and her characters.

Part of this seems to stem from the various incidents that occurred during this album’s creation process, including her mother’s stroke, newfound motherhood, and, you know, the pandemic, where I think the greatest asset to this album is a sense of stability even in the face of adversity. I already discussed the beauty of the framing alone on “Does It Ever Break Your Heart?” in my review of the song, a track where Anne reconnects with an old flame and both parties know it’s against their better judgment … and she ends up walking away, if only because there’s no real fulfillment in that sort of reconnection where the end goal is just to fill a void.

Unlike before, there’s a much clearer end goal in mind for the type of life she desires for herself, and while she’ll be the first one to admit that her harsh expectations for that perfect love may scan as hypocritical at points on “I’m Only Human,” it’s not exactly unfair to ask a partner to put in the effort to make love work, and she’s always quick to point out her own faults before judging others. And it’s not like she admits she has all the answers herself on how to make it work on a track like “Good People,” either. It’s why I like the blunt directness of getting that partner to open up on tracks like “Dirty Secrets” and “Who You Are” and daring them to be comfortable enough to be uncomfortable – potentially building a life together. I won’t say it always works – “Mountains and Mesas” feels a bit underwritten, though I do love its sweeping melodic hook – but there’s a greater sense of maturity present here that gives these tracks an added sense of weight even against the lusher backdrops. And really, it’s the inward-looking personal reflections and the metaphorically based tracks that isolate themselves from that central theme that provide the greater observations of love and life. I can’t help but reminded of Molly Tuttle’s similar-themed “Crooked Tree” with, well, “Trees” here, but the central theme of taking the personal time needed to grow at one’s own pace is a needed guide and anchoring point for a project like this, especially when she looks back at her childhood on tracks like “Chasing Days” or the title track and realizes regrets and lessons learned are a given. You’ll never be as free as you were as a child, but you can try your hardest to correct any old faults along the way and learn from them.

And you know, it helps that all of that searching and desire comes with the appropriate backdrop to match it, as like with Desert Dove, this is an amazingly burnished, warm project that consistently soars. What I’ve always appreciated with Anne’s take on this sound compared to her contemporaries is her willingness to take bigger chances with her compositions and refrain from bogging down her work in its atmosphere; it’s pretty, but it’s not sleepy. The only moment that feels a bit overly self-indulgent is “Who You Are,” which just tends to drag and clip along at almost too slow of a pace, even if I do like its connection to the album’s main thematic arc of wanting a life and love that can stand on its own.

Sacrilegious as it’ll sound to some, too, I really don’t mind her forgoing some of the more neotraditional textures of her previous albums in favor of something more rounded and consistent across the board in its folk-pop touches. It leads to a more unique listen that flatters Anne’s delivery even better, and when it truly gets to develop and open up, it’s stunning. Perhaps it is a bit more tempered this time around  – there’s rarely the same dramatic moments of “One Heart” or “Desert Dove” from before on an album that sounds more in control of itself – but if anything it makes the darker, cut-throat intimacy of “Does It Ever Break Your Heart?” a real late-album highlight, and I love the way that ethereal shimmer really gets to erupt on “Mountains and Mesas.” And even despite the album’s tendency to take its time and settle with what it wants to say, I’d say it’s still well-varied across the board to keep from running together, even if the differences are subtle. I love the galloping groove against the central melody carrying “Chasing Days” for something with a bit more kick to it, as well as the smoked-out bass that adds an intensity to “Dirty Secrets.” And I appreciate the warm, folk-like rollick of the title track that’s as cheerfully warm and innocent as its content.

But I think my favorite moment in any capacity comes at the very end with “It’s Just a Feeling,” a track where Anne slips back into bad habits of questioning her own self-worth and needs to remind herself that it’s OK to rise above that vicious cycle and go easy on herself now and again. There’s just something so warm and kind about the sentiment, especially when, I’ll be honest, that feeling of being your own worst enemy is relatable more days than it isn’t, which is why I love the general poetic self-reflection and empathy on display on this album as a whole. It’s the type of album that can be profoundly beautiful and insightful because of its insistence to see the light within that darkness – the sort of album that’s easy to relate with at multiple points because you know Anne has actually experienced what she’s written about. And when it’s so easy to revisit and strikingly gorgeous while in play, it makes for one of the true soaring winners of 2022 thus far.

2 thoughts on “Album Discussion: Michaela Anne – ‘Oh to Be That Free’”