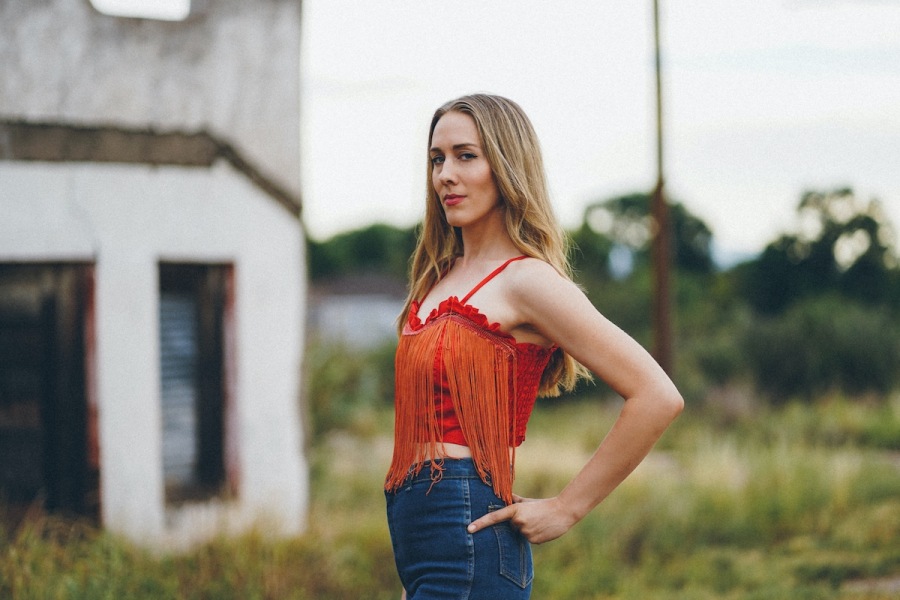 To be honest, I’ve been very happy to retire the (what was, admittedly, always clunky) clustered review method this year. But I will bring it back out from time to time when projects sit in my backlog for too long, which, with the exception of one project here, is where we’re at today. My goal here is to be even more concise with my thoughts and finally find the words for some of these projects. Anyway, onward!

There’s a part of me that’s always respected Joshua Hedley’s approach to his craft more than actually enjoyed it, as while he’s earned his rightful title of the Mayor of Lower Broadway thanks to his long-term residency playing at Robert’s Western World, he’s always struck me more as a convincing historian than a performer of the genre. I never clicked with his ‘50s-inspired Mr. Jukebox album, and with the new ‘90s-inspired Neon Blue … well, this is one of those weird cases where everything I said in my review of the album’s title track could apply here, hence why I haven’t really known what to add a review of the album proper. Don’t get me wrong – I certainly enjoy him pulling from a style I find more immediately likable, and as far as the bones are concerned, it’s easy to see songs like “Broke Again” or the title track as cuts that the late Joe Diffie never got to cover; I very much respect that Hedley wrote the bulk of this material, outside of the cool-to-hear Roger Miller cover toward the end in “River in the Rain.”

I think it’s just a matter of questioning what he brings to the table beyond imitations of other artists and sounds, because I’ve never found him to be a terribly distinctive personality, especially if we’re comparing him to the obvious influences on display here that range from the aforementioned Diffie to Mark Chesnutt and maybe Brooks & Dunn. And considering the writing doesn’t stretch much beyond the goofier side of the era that can be fun at its best on “Broke Again” or the title track and annoyingly corny otherwise on a track like “Bury Me With My Boots On,” it’s an album that can be managed to be reflective of the era but fail to match its better moments. To be fair, I do think when he leans a little more seriously on more soulful cuts like “Free (One Heart)” and “Let’s Make a Memory” there’s a lot to appreciate. He’s certainly a likable presence at his best, and this is an easy album to like on concept alone. I just wish there was a bit more meat to the execution. (6/10)

Brennen Leigh, Obsessed With the West

In some ways, I feel like I can copy and paste my introduction to the Joshua Hedley blurb here, because, much like him, Brennen Leigh has mostly acted as a historian and preservationist of country music history who resurrects the general ambiance of times past with distinctly original material. And though I’ve always been hit-or-miss with western-swing, I had high hopes for her detour into this realm with her latest album, especially when she recruited Asleep at the Wheel along the way for the ride. And this is another case where I’m struggling to pinpoint what hasn’t really clicked with me with this album over the past few months, because on a technical level there’s a lot to appreciate here. Unlike Hedley’s album, the influence is distinctly present without feeling imitative, and when she leans into the boozy, coy, playful swagger of cuts like “If Tommy Duncan’s Voice Was Booze” and the bitter “Tell Him I’m Dead,” I’d argue she’s at her best here.

Of course, I’d argue the true highlights are when she forgoes the sound entirely to embark on the same sense of soul-searching and character portraits of times long past that’s consistently characterized her work, and is what you’ll get on great story songs like the title track and “Riding Off Onto Sunset Boulevard.” It’s just a shame we don’t really hear that side of her so consistently here, because this is an album anchored mostly by slow-burning end-of-relationship songs, which seems counter-intuitive to the more playful nature of the sound by pure design. This is an album surprisingly lacking in punch that can run together quickly and suffer from pacing issues, sadly. I can see why it’s found an audience and am glad for it – and I do, as always, appreciate her carrying on the time-honored tradition of ensuring that old sounds find their way to new audiences. I just think it’s a bit too one-note in its execution to settle deeper for me, that’s all. (6/10)

Despite this, admittedly, being my first time hearing of him and Country Fresh acting as his third release, it would seem that David Quinn has found something of a breakthrough this year with this album, at least in certain independent country circles. And what we get with Country Fresh is an enjoyable slice of groove-driven, heartland-inspired country music that’s continued to grow on me as the year has progressed, driven by that lead fiddle but mostly accented by the ‘70s-era outlaw sound, especially when you get to a song like the title track that carries nearly the exact same chugging rhythm of “Whiskey River.”

So no, it’s not a revolutionary or an inherently distinctive record, but in terms of instrumentation and production I have little quibbles, especially when the grooves are mostly strong and have enough muscle to kick when needed on tracks like “Low Down,” “Grassy Trails,” and “Easy Like the Breeze” – and that’s before mentioning the abundance of fiddle on display that also keeps this album driving on at an alarming quick rate. Honestly, it’s so comfortable in its sound and niche that it almost reminds me of Brent Cobb’s work in a way – never really flashy but smooth and easy nevertheless, especially with the more overtly country presentation.

And you know, for those who dig that vibe a bit more than I do, I can totally see why that clicks. I think there’s two elements holding this back for me, though – one being Quinn himself as a vocalist. He’s certainly a reserved presence who can match the generally laidback atmosphere pretty well, but he’s almost a little too nestled in the mix at points and doesn’t really stand out as a distinctive presence who can match the roiling swagger on display. Ironically enough, I found him to be at his best on the surprisingly darker and more introspective piano ballads on “I Just Want to Feel Alright” and “Long Road,” as well as the tribute to his grandfather on “Hummingbird’s Song.” And really, from a songwriting perspective I’d argue they’re the three gems to be found here as well, because this is an album that can be very one-note in its tropes and themes of living out in the country, and … well, living out in the country. To be fair, I like that he always approaches this overdone theme from a more personal place of finding inner peace and beauty from the land around him, rather than your typical “we’re just country folks out here doin’ our thaaang” schlock; there’s a very “rambling man”-esque feel to a lot of the soul-searching on display here (at least beneath the surface) that benefits this album greatly. But it does mean this album can start to run together lyrically at points, even despite the generally quick pace otherwise. Still, all in all, it’s an easy album to like – worth the listen. (7/10)

So, I’ll admit that American Soul was a pretty safe and disappointing effort from Aaron Watson at the start of last year, especially when I’d gladly stand up for his wilder pivots on albums like Vaquero and Red Bandana that showcase him as more than just a vanilla, conventional neotraditional act. And with Unwanted Man, I had a lot of reasons to be excited: Watson reportedly channeled his pandemic energy into an album he produced and mainly wrote himself, and the pre-release tracks certainly seemed to have a rawer energy than what we were used to him … and I will say that, while I don’t think this album offers a complete return to form for him, I do appreciate what he’s going for here, even if I’d argue he’s hit this mark before with more ambitious material.

Because with Unwanted Man, you’re not going to get the more experimental stabs at neotraditional country or the wild hooks and melodies Watson typically aims for with his work. This is almost more singer-songwriter-based material than anything else – not quite the stripped-down, acoustic-based side of it, but certainly more reserved and straightforward and built around a simpler core.

And to be honest, I’m not sure it fully works for him, if only because this places a greater emphasis on the songwriting, which I’d argue has always been one of Watson’s weaker elements. Don’t get me wrong – he’s certainly a distinctive writer who opts for big, broad sweeping sentiments and can be a good storyteller when he wants to be, and can knock those big, dramatic moments out of the park with an earnest delivery, like here on “The Old Man Said.” I’m just not sure any of this material is really saying anything different than what we’ve heard before from him. I like the galloping energy of “Cheap Seats” well enough, but it’s a shot at mainstream Nashville he’s written before and with more unique flavor; the same can be said for “The Old Man Said,” which is an “old man gives life advice” type of songs that he nailed with more distinctive detail on multiple cuts alone from Red Bandana.

Granted, those are at least the moments that differentiate themselves from the pack, because this is mostly an album built around the family man image he’s crafted for himself through relationship songs and, conversely, end-of-relationship songs, the former of which take up the bulk of this project and really run together by the time you get to that final third, starting with “One In A Million Girl.” Again, when he plays for those big, broadly dramatic moments he can strike gold, which is why I like the chugging momentum behind “Heck of a Song,” or, conversely, even the great slow-burning melodic hook anchoring “Crash Landing.” And overall, I do respect the attempt at something raw and lived-in here; I’ve just heard albums where he actually gets there by taking bigger swings, that’s all. (6/10)