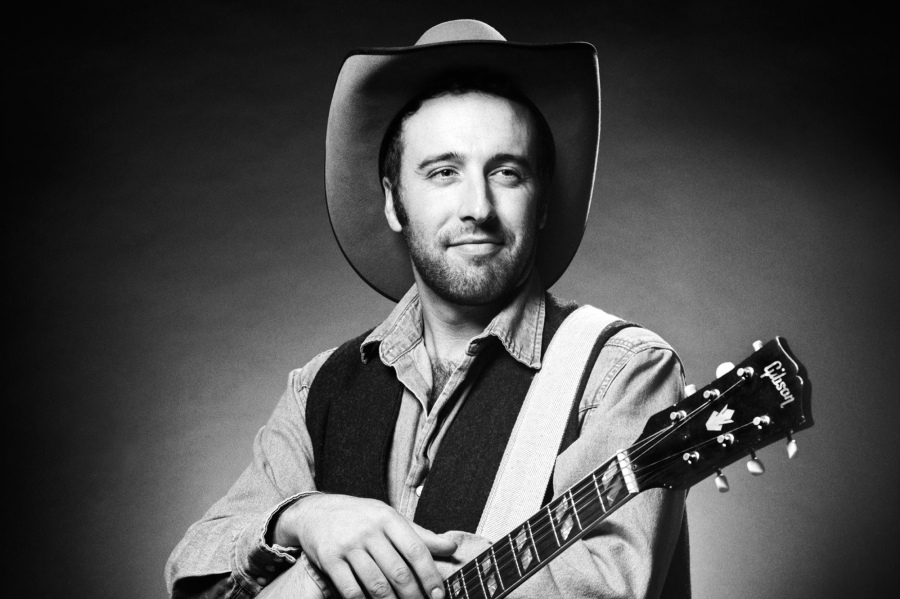 It’s one thing when the country artists we grew up with pass away – the ones that formed our earliest memories and impressions of the genre or perhaps even provided a gateway that turned a passing interest into a lifelong passion. Time marches on, and, bittersweet as it is, it’s all part of the natural element of time itself. It certainly stings – perhaps even crushes one for a time – but the best part about this medium is that the artists who pass on often leave a treasure trove of songs behind we know and love and can lean on for as long and as often as we like. And they’ll always be there for us, even if their creators no longer can be.

It’s another thing, however, when an artist passes away who was never as well-known as they should have been. To the hardcore fans willing to follow the genre wherever it leads, these are the artists that feel like they were just getting started making their mark. And because one may follow that artist’s path to potential stardom, it can feel just as personal. It feels more unfair in a way, especially when the explosion of country music’s underground beyond FM radio dials over the past decade has offered new avenues for artists – that might otherwise been even more obscure and unknown than they already are – to be heard.

I guess that’s why it surprises me – in a great way, mind you – to see an astonishing amount of attention given to Luke Bell following his recent death. There will be plenty of new fans just now hearing about the artist who disappeared on August 20th in Tuscon, Arizona, and was found just nine days later, not far from where he originally disappeared. They’ll learn about an artist who lived with bipolar disorder and was mostly elusive in his career, ultimately releasing three albums but only having one available to the general public today. And, hopefully, they’ll dig into that album and like what they hear.

Of course, there will be also be fans who remember (what should have been) his self-titled 2016 breakthrough album – fans who may have wondered when the next one was coming and revisited that album every now and then or either continued to follow him, likely elated to hear him re-emerge in 2021 with a cover of John Lennon’s “Jealous Guy” and more recently with new tunes “Anytime” and “The Prodigal Son.”

There are only a precious few, though, that can ever say they were from the beginning for any artist, which in Bell’s case could likely be traced back to around 2011, when he played infrequently at the Hole in the Wall bar near the University of Texas campus. If we’re talk about the actual beginning, though, that would be on January 27th, 1990, when Bell was born in Lexington, Kentucky, and later raised in Cody, Wyoming, and often credited his passion for music to singer/songwriter Pat Reedy. Those listening to him just now, however, may be surprised to learn he was kicked out of the aforementioned Hole in the Wall establishment for playing too fast and loud in a rock ‘n’ roll band.

But, as you’ll either soon found out or knew already, Bell was a drifter who never stayed anywhere for too long. He released a self-titled album in 2012 – good luck finding any trace of it online nowadays, though – and eventually found his way to Nashville to record another album, the decidedly honky tonk-sounding Don’t Mind If I Do in 2014, finding solace playing in Santa’s Pub along the way, evidenced by his music video for “Sometimes.”

This is around the point where my own exposure with Bell’s music came into play. I remember hearing a ton of hype for a burgeoning artist who, despite sporting a vintage flair in his presentation and music, never really belonged to one place or era. His free-wheeling, rambling ways seemed to capture the lonesome troubadour ethos of performers like Jimmie Rodgers and Hank Williams, but his down-to-earth, more conversational tone almost brought to mind Lefty Frizzell or Keith Whitley. There’s just a warmth to his tone that’s hard to articulate in terms of why it just *works,* and the way he could either be profoundly goofy – “The Glory and the Grace” is basically a silly checklist of things he likes (reminiscent of Tom T. Hall’s “I Love,” to me) that’s just endearingly charming in spite of itself – or profoundly serious, insightful, and, yes, even melancholic, reminds me of the hidden beauty and genius of those old Roger Miller albums. Indeed, it’s hard listening to “Where Ya Been?” – a simple song about searching for a friend that’s a bit blue in tone, as if he’s really hurt by this friend leaving him behind and anxious to have them back – without hearing it in an entirely new context, not a search for a friend so much as … a search for a part of himself, and one that can be frankly relatable for anyone in many given situations, really.

Thankfully, someone in Nashville noticed Bell’s talent. Booking agency WME took notice, and soon enough Bell had opened for names like Willie Nelson and Dwight Yoakam; certainly no small feat. In 2016, he signed to Thirty Tigers, where he released another self-titled album that combined half of the material found on Don’t Mind If I Do with new material. Unless you do some very hardcore digging through the Internet, it’s likely the only album you’ll find by Bell these days on most digital and streaming platforms.

And isn’t it funny how time can make us revisit works in entirely new contexts? I remember liking “Sometimes” for that boozy, infectious bounce and capturing a sly performer with a devil-may-care attitude, but it’s only now that I hear the deeper subtle nod to sometimes feeling alright and sometimes not, being the life of the party for the sake of others even when it’s the hardest thing you yourself can do. “All Blue” simply captures the Bell ethos – a typical rambling man always on the move and never one to settle for too long when he does rest, all the more evidenced by that faster-paced gallop and wily harmonica play that characterizes a lot of this album. It clips by, and sadly now, it’s over way too fast.

But it is a blast in the moment and, because of how easy it is to make, is always worth the return trip: “Hold Me” is just kind of hilariously dark in how he’s admittedly using a new partner to make an old flame jealous and isn’t really succeeding in his endeavor; “Loretta” is just a quintessential country heartbreak song that shows a relationship in shambles from years of distance and clinches it spot as a highlight with that perfectly timed fiddle solo; “Working Man’s Dream” and “Ragtime Troubles” maybe breeze a bit too quickly and feel a bit slight as a whole, but they’re still just so frenetic and fun that it’s hard to care; “The Great Pretender,” the underrated closer, in my view, owes as much to hillbilly tradition as it does to blues, another track where it feels like Bell is offering a wink and a smile at his audience as he plays coy in the typical playboy mold of never quite committing to just one person for too long.

In a way, he kind of dared us to commiserate with what should have been unlikable characters (for the most part, at least), but he did it in such a lighthearted, humorous, and almost self-deprecating manner, able to draw on a tradition of country music’s sad sack characters and bend them to his own mischievous will. And I think songs like “Where Ya Been?,” and “Loretta” proved he could be profoundly empathetic in capturing their endeavors, too.

I guess what I’m trying to say is, if what Bell left behind is that album along with a few scattered songs found here, there, and everywhere, that will be just fine – but I just keep circling back to what I said in the beginning; it’s just not fair, to us or him. Post-2016, Bell continued to perform infrequently and started appearing with traditional country artist Matt Kinman. He won Best Honky Tonk Male at the Dale Watson-created Ameripolitan Awards in 2018, and, as previously mentioned, reappeared in 2021 and earlier this year with snippets of new music.

But beyond the brief moments in the spotlight, Bell’s whereabouts were constantly unknown and changing. Taken under Kinman’s care, Bell’s battle with bipolar disorder grew worse, with him reportedly ending up in jail or hospitals. Thanks to medication and treatment, it seemed like Bell was on the verge of a comeback, appearing in shows with Kinman and alongside Martha Spencer to cover Guy Clark’s “Dublin Blues,” as well as, again, releasing new music of his own. But while recently in Tuscon with Kinman, he ran off while Kinman went to get something to eat.

It’s the unfortunately all-too-common story in country music – the ones we’re guilty of romanticizing so as to chisel an artist’s legendary status into stone, where personal demons rob them, and us, of more stories to tell. The only thing one say now is that Bell’s struggles are over and that he’s found peace, and, though we didn’t get as much from him as we wanted as the hungry fans we are, what we got was pretty damn great, too. I, however, like many fans new and old, will still always miss our friend.