This is a republished post, backdated to reflect that and posted again for reader visibility, edited for past grammatical errors/sentence structure issues.

I’m publishing this list now because, in case you haven’t noticed, there’s a lot of high-profile albums set for releasen soon, including those from Jason Isbell, The Honeycutters, The Secret Sisters and Steve Earle. Plus, I wanted to get this piece out sometime this month, and I’m not sure the end of June would have given me enough time to really fairly absorb those projects.

Even with that in mind, though, these last few weeks have been fairly slow when it comes to new releases, so I’ve had enough time to truly absorb these projects and think about their standing in relation to other projects.

There are probably some great albums I missed, but I’m just one person. I can’t hear it all. And, of course, these are just my favorites that have resonated with me for some reason throughout the year.

Let’s get this show on the road! 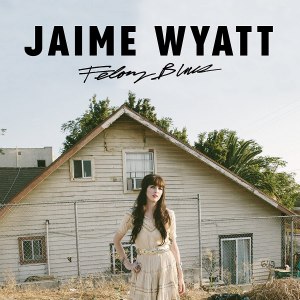 Yes, this is technically an EP, but it’s more satisfying than a lot of albums I’ve heard this year. For a debut record, the production is extremely solid, and, more often than not, Jaime Wyatt is able to tap into some real emotional nuance with her writing, like on the biting “Wishing Well” or the quieter, softer “Giving Back The Best Of Me.” 2017 has been a great year for debut albums, and this is the first example.

At its core, Vaquero is just fluffy Texas-country filler, but I like it anyway. Actually, I think there’s something to be said about this album, because the instrumentation and production is certainly brighter and more modern than some will give it credit for. It feels like a step forward, sonically, for Aaron Watson, and while the lyrics aren’t always up to par, when the songs are this lively I couldn’t care less, really. It really feels like Watson found himself as an artist with this album.

It’s the most recent entry on this list, but it earns it. It’s not for everyone, and even Dalton Domino himself will admit it, but if there ever was an authentic way of truly overcoming your demons, pouring your heart into your music has to be the top method. Domino won’t be able to make this same album again, but he’s a growing artist, and Corners is a bold step forward for him in that respect.

No, it’s not better than Rubberband, but I like the variety in sound on this album, from the tastefully soulful “Call You Up” to the steel guitar-laden “Old Time’s Sake.” Of course, there’s also the anthemic “Cut Your Groove” and storytelling masterpiece title track to cap it off, as well. This is probably my most played albums of the year, so far.

There isn’t an album more comforting this year than Jason Eady’s self-titled album. It’s an incredibly tight collection of ten songs that all feature amazing songwriting, and while the production is minimal, that’s what makes these songs special. There’s room to breathe, and when you know Jason Eady is the one holding the pen, you want to hear what he has to say.

7. The Infamous Stringdusters – Laws Of Gravity

Let’s pretend the old cliché is true and just assume that all bluegrass music really does sound alike (an assertion I don’t agree with, for the record). If that’s true, the Infamous Stringdusters are the shining anomaly, as this is their most adventuresome record to date. Sure, I’m referring to the sound with that comment, such as the bluesy “This Ol’ Building”, but I’m also referring to the fast-paced writing that often incorporates some gripping stories, like the near-death experience in “1901: A Canyon Odyssey.”

Dare I say I like this better than Traveller? I mean, sure, it’s short, and for many that’s been a criticism of this album. For me, when you have all killer and no filler (alright, so “Them Stems” is far from killer), it’s all right in my book. I think there’s a better variety in tempo and sound on this album, and overall, knowing Mercury, we won’t actually get Vol. 2 this year. However, From A Room Vol. 1 is doing more than enough to satisfy me for now. 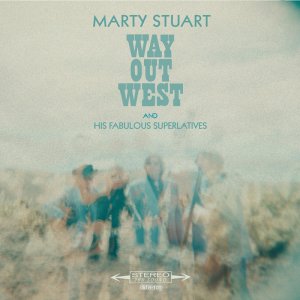 Lyrically, Way Out West might not explore a Western concept, but instrumentally it’s an absolute trip, and one that I wish I had given more attention to at the time of its release. It’s another classic from Marty Stuart and those fabulous superlatives.

Best tracks: “We Could Fly,” “At The Purchaser’s Option,” “Better Get It Right The First Time”

This has been an album that’s hard to digest for some, and that’s fine. There’s a lot to be taken in with Rhiannon Gidden’s Freedom Highway. Exploring African American heritage not only through the lyricism but the production as well, this is an album that actually says something, and that message is important for all to hear. 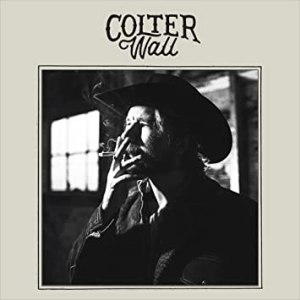 I still think there were some missed opportunities here with the production, but an album coming from someone this talented is still bound to be absolutely stunning. I still lose myself in some of the stories told on this record (which read like absolute poetry, by the way), and Colter Wall’s voice is absolutely one that commands your attention. The most exciting part is that Wall has many more years to hone his talent. I can’t wait for that.

2. The Steel Woods – Straw In The Wind

Best tracks: “Better In The Fall,” “Straw In The Wind,” “Della Jane’s Heart”

Jaime Wyatt, Colter Wall, and the Steel Woods – these are all artists/bands that have released incredible debut projects that beat out many projects from established artists this year. That’s because they’re unique and full of great material. In the case of the Steel Woods, nobody should be surprised that I absolutely love this album. The mixture of southern-rock, country, and blues is right up my alley, and the lyrics often delve into some pretty dark and malicious territory. In short, this is a project that had a ton of heart and thought put into it, and I can’t wait to see where this band goes next.

Best tracks: “Bottle By My Bed,” “Unsaid,” “I Feel Like Hank Williams Tonight”

Sunny Sweeney made her best project yet with Trophy, and she did it simply by doubling down on her strengths. The writing is sharper, the songs have more punch, and, best of all, there’s many tracks here that could qualify for a “song of the year” distinction while also forming an incredibly cohesive, tight album. In short, Sweeney has earned her trophy, indeed.