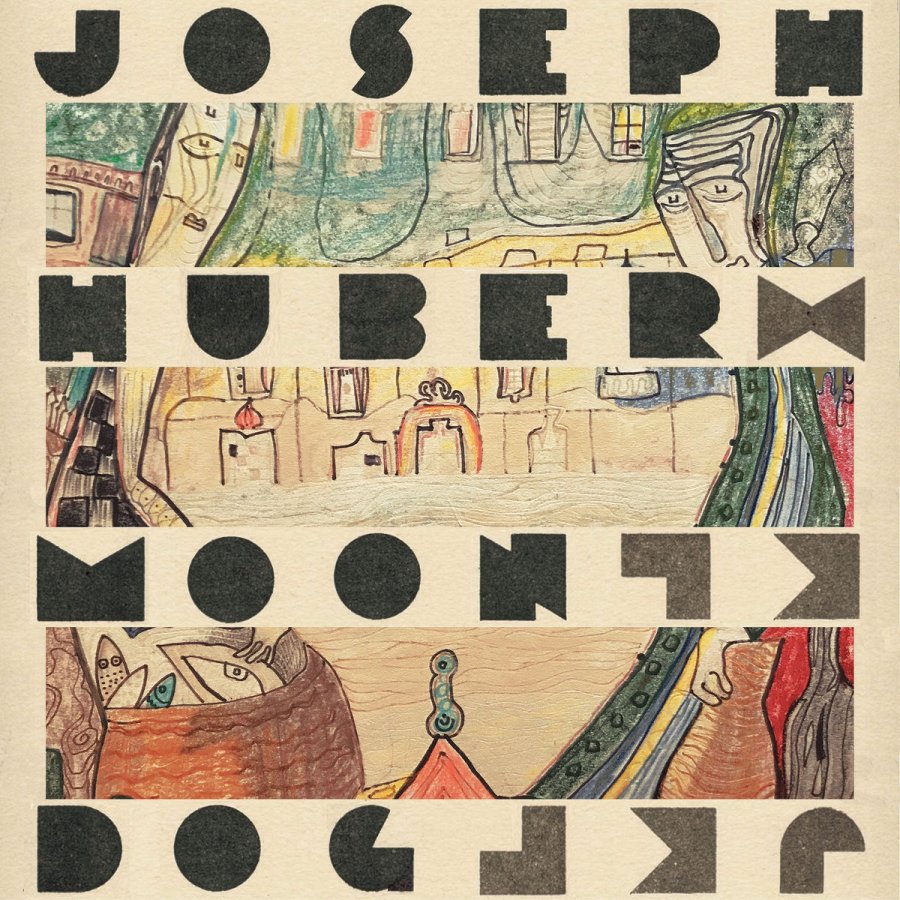 The short version: Joseph Huber is consistent as ever on ‘Moondog,’ a project that feels like a culmination of his past solo projects into one.

The long version: I’m not quite sure we’ll ever reach a point where we can open a discussion about Joseph Huber without mentioning the .357 String Band.

Granted, that’s not meant as a slant toward Huber, who, at this point, has released more solo projects than the band did in their entirety (and, as a note for those who don’t know, Huber was a primary songwriter and banjo and fiddle player for the band). But someday when we write the history books to capture this decade in country and roots music (or Americana or whatever else you want to call it), Huber and his contributions with that band will be important.

Today, when you think of the words “independent country music,’” the first names that usually spring to mind are, say, Sturgill Simpson, Jason Isbell, or Margo Price. But there was a time period when a different country music underground existed, one that sadly faded away in the very early 2010’s right before a new country underground exploded anyway. But it was a time when bands like the aforementioned .357 String Band, Hellbound Glory, Those Poor Bastards and others you probably haven’t heard of reigned supreme, bands that were ahead of their time, unfortunately.

As such, as one of the last active links to that time period, Huber feels like a national treasure in some sorts, churning out one consistently great project after another. Granted, part of why that aforementioned discussion will always take place is that, when it comes to Huber, he’s not the kind of artist who’s actively looking to push or market his craft. He’s just as happy contributing toward his woodworking career as he is being a musician, and yet the talent is too damn excellent to simply squelch.

Moondog, Huber’s fifth studio effort, shouldn’t exactly be called a “surprise” release, but that earlier point holds true – there were no lead singles or exclusive first listening streams anywhere prior to its release, after all. As such, while I wouldn’t say Huber is only music making for his fans these days, those who consider themselves disciples of country music history surely kept up with this album release. For everyone else, Moondog is a bit of a strange project. I wouldn’t call it the best album of Huber’s to jump right into as a first listen, especially when it spans 15 tracks and has several individual tracks stretching well beyond the five minute mark (certainly his most ambitious project yet). At the same time, however, Moondog is reminiscent mostly of Hayes Carll’s What It Is from earlier this year – an album that combines a little bit of everything from past projects to craft what feels, at the very least, like Huber’s most complete project to date, even if it’s the first project of his to contain some “fat” within the tracklisting.

Yet when it comes to Moondog, it mostly speaks for itself, especially if you’ve heard Huber before. A testament to consistency in the best possible way, there’s, as always, a healthy mixture of fiddle tunes and singer-songwriter material that shows why Huber is a monster with the written word.

And considering that the written word is where the conversation with Huber takes place, it’s easiest to start here for a discussion on this album. Moondog doesn’t necessarily carry an overarching theme, necessarily, but there is a spirit and vibrancy to the sentiment of certain tracks here, ironic given how that usually comes out best on a debut album. But the songs on Moondog truly stand on their own. There’s a way to Huber’s phrasing that’s almost old-time in construction, yet the themes are very grounded and relatable. Most of Moondog sees Huber trying to catch a moment in time, whether it’s the conversation with himself on the title track that, for all the warnings he received from others for living a disconnected lifestyle, he’s the one who can now look back, laugh and reap the rewards of his output, or focusing on the beauty of an ordinary night in “And The Night,” where the simplicity of it all becomes the beauty.

Basically, Moondog is reckless at points to fun degrees like on “Centerline,” but it’s more about accepting your age without being confined to its traditional limitations. Huber can still be the wild dog on the prowl in “After You,” but that thrill he found when he was younger hasn’t so much died out as … shifted, more toward finding beauty in the simplicity of life, including raising a family later on in that song. And on the note of “After You,” it’s always amazing how Huber can construct such deftly-crafted poetry while managing to work in a great, evolving hook, a testament to “Centerline” as well.

But again, Moondog isn’t a word-for-word narrative of Huber and where he’s at in his life right now, but rather how that fade of time affects one’s acceptance of their situation in the form of well-sketched-out characters in these songs Sometimes it doesn’t come so easy, like on the album highlight “Pale Lonesome Rider” where “a better man will settle down beside her” because he knows that lone, wandering troubadour spirit in him isn’t fit for that role. Or take “Rivers Of Smoke” where the listener is invited to literally hear a relationship peel away and decay, with both characters not quite ready to own up to that.

There’s also moments that simply just stand out on their own on Moondog, including tracks already discussed. There’s something so incredibly desolate and lonely to the sentiment of “Where You Said You Would Be,” a track that almost reads like a summer romance where the heartbreaking emotion is present and the clichés are left out. Then there’s the two epics on this album, “Northwood Waltz” and “The Wild Swans At Coole.” Both are highlights here, though I’m quite partial to the original former track for working a fantastic metaphor of a love dying as the winter sets in.

But “The Wild Swans At Coole” brings us to the production and instrumentation portion of our Moondog discussion. Again, if you’ve heard a Huber record, you know what to expect – plenty of excellent fiddle melodies laced with equally enticing mandolin and banjo lines and hints of pedal steel and piano on a few tracks to add some flavor, instruments still relatively strange to hear on a Huber album. Of course, some tracks are built around that uplifting, old-school fiddle melody, and while I wouldn’t say “Found Penny” is necessarily doing anything different compared to similar, better tracks like “After You” or “Hardwired,” it’s still easy to enjoy.

“The Wild Swans At Coole,” however, is a poem by William Butler Yeats that Huber set to music, one of his most experimental cuts to date, yet works by establishing its sinister mood early on and only gaining more suspension thanks to some well-mixed violin and piano lines. “Atmospheric” is a common word to describe this kind of sound, but in truth it’s just knowing how to use real instruments in the right way. Though there is something alluring about the hazier qualities of “Pale Lonesome Rider,” especially when it goes to paint Huber (or his character) as somewhat of a ghost. Huber isn’t the most expressive singer in the world, but on serious tracks like this, he’s truly captivating.

Again, Moondog mostly speaks for itself in terms of its best qualities, though there are certain tracks here that are outdone by others at points. “Geronimo!,” much like the title track, adopts the framing of a song where the narrator questions a character about his burnished lifestyle, only to a more long-winded and less effective result, and that weird siren-like sound at the beginning does the song no favors. “I Wonder Where You Go” is another track that seems to go for an odd, broader perspective by imbuing some philosophy into the mix, but never really connects its pieces to ultimately get a point across. Huber also asks in the liner notes on Bandcamp whether adding a crooked fiddle line can save a song with one of the most cliché moralistic lines on planet Earth, and well … no, it doesn’t, especially when “Geronimo!” seems to contradict it. Most of all, Moondog does run quite long, and in an age where it’s harder to get listeners to listen to a full-length project, it’s hard to see this project’s appeal going beyond the core fans.

Which, to be fair, is likely how Huber wants it anyway. Still, Moondog is simply a testament to Huber’s ongoing strengths and how, five albums in, he hasn’t even begun to lose the same spark he had when he recorded Bury Me When I Fall. Again, I can’t promise this is an easy listen, but considering Huber has garnered a reputation for being one of the most underrated artists working in this scene, there’s no reason why that should be the case when the quality is this great.

Buy or stream the album!