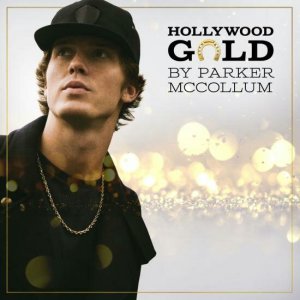 If I had to pinpoint a specific point in time that influenced my desire to write about country music, I’d cite early 2015, namely when acts like Aaron Watson and Blackberry Smoke attained No. 1 country albums in spite of a certain former CEO claiming that, “if you’re not on country radio, you don’t exist.” Granted, a lot of that was wishful thinking on my part in hope that the continuous momentum would inspire a real change in mainstream country radio, but it was a nice thought nonetheless.

Today, there’s plenty of other problems facing mainstream country radio, and as far as “crossover” success goes, acts like Watson and Cody Johnson have made some waves in Nashville out of Texas, but I wouldn’t say they’ve exactly set the world on fire; they’re older and more established. Where I do see potential is in Parker McCollum, who, arguably, has had more immediate success than those two within mainstream country music and is younger, with only a few albums under his belt and a more polished sound to his name, albeit to a fault. I wasn’t crazy about “Pretty Heart,” but as an entry point to his newest EP, Hollywood Gold, it’s mostly forgivable. Now, to be blunt, this is still a very polished effort, even more than 2017’s Probably Wrong. I’d still cite it as a cut above average in comparison with McCollum’s contemporaries – if only because organic percussion can sometimes make a world of difference with this brand of pop-country – but with cuts like “Pretty Heart” and “Love You Like That,” it’s clear that he and his team are aiming for a more accessible, less distinctive production in the smoother guitar tones, meaning I’d call it good, but not great.

Granted, that McCollum actually has some good melodies is also another (sad) distinctive difference for mainstream country music, and I do appreciate the moodier groove driving “Young Man’s Blues” as well as the slightly rougher tone of “Hallie Ray Light” that manages to cut loose a bit. And the easy highlight is the burnt-out smolder surrounding “Hold Me Back,” where Jessi Alexander is a real secret weapon on backing vocals. On that note, though, while there’s a lot of earnestness to McCollum’s delivery, especially on tracks referencing a younger perspective, he’s still fairly nasal, and when he goes out of his comfort zone on “Like A Cowboy,” the results can be somewhat inconsistent. And that colors the writing, too, where the whining on “Pretty Heart” still makes that track the absolute dud of the bunch. Otherwise, there’s some solid material here, especially when he taps into that weird divide of being a young man still figuring out what growing up means but forced to do it anyway, from seeing his town in a different, sadder perspective on “Young Man’s Blues” to hoping he doesn’t screw it all up on “Hold Me Back.” It’s a likable effort, and, given the circumstances, I can see why he and his team opted for a breakout EP over a full-length effort, but I also know he’s capable of delivering something a bit sharper, too. For now … (Light 7/10)

So, I wasn’t sure when we’d have to have this conversation regarding Sturgill Simpson; I certainly didn’t expect it to come just one year after his last release. But for as wildly creative as the promotion surrounding Sound & Fury was – it is Simpson, after all – I stand by what I said in my review of that album. It was a bloated, messy effort that scanned as a “burn it down” approach to ending his major label deal, especially in hindsight.

And, no, this isn’t coming from some hurt country fan that wanted him to make another High Top Mountain or Metamodern Sounds in Country Music – I love A Sailor’s Guide to Earth and support the experimentation. But there was a sourness to the writing on his last album that was far too toxic to really enjoy … which is why I’m happy to hear his newest project, albeit for an entirely different reason than you may think. First of all, it’s an album that stems from a charitable effort and even came with a personal letter from Simpson stating that he found his love for music again from making it, which is already more rewarding than what the effort sounds like anyway.

As for what this effort is, though, it’s the first volume of a series where Simpson cut his backlog as bluegrass tunes, with this mostly spanning his first two releases as well as some Sunday Valley cuts – some of the best ones, too. Now, when I say it’s a lot of fun, that does extend to how some of the players on this record are the best in the business and are absolutely phenomenal here, yes, but it also extends to how rejuvenated Simpson himself sounds. He’s not the fried, isolated man he was – at least not here – and if anything, some of these songs make more sense to record now than they did when they were initially released, especially when the common themes running throughout those early records was an effort of understanding his mind and the world around him, all while still maintaining a sense of relative peace and happiness.

Now, there’s still a limit to how far one can really read into pure subtext here; the tracklist is in alphabetical order and is mostly a creative version of a greatest hits project than anything else, which means that “All Around You” is as strange of an opener as “Water In A Well” is as much a downer of an ending. But there’s something to be said for how well all of these songs work as bluegrass tunes, and how much better some already excellent tracks become. The easy highlight comes early on with “Breaker’s Roar,” which maintains the liquid atmosphere of the original but feels more free-flowing, especially with the ghostly swell of harmonies that Sierra Hull brings to the table, vocally and instrumentally (also, she’s a real secret weapon as to why this album works as well as it does). And that’s before the track leads into the minor swell of “I Don’t Mind,” where Simpson sits right at the front of the mix and hasn’t sounded better, really.

At 20 tracks, though, it does lose steam toward the middle, where it feels like Simpson and his team are just sort of rushing through the tunes at high speed without the same punch or variety as its beginning. And for as much as I do love High Top Mountain, I would cite “Sitting Here Without You” as one of Simpson’s weakest cuts and wouldn’t have even minded hearing, say, “It Ain’t All Flowers” or “Call to Arms” in its place, though there’s always the second eventual volume, too. But as far as transitional projects go, it’s one of the best of its kind. I don’t honestly expect this euphoria to last, but it’s good to have Simpson back for now. (Light to decent 8/10) 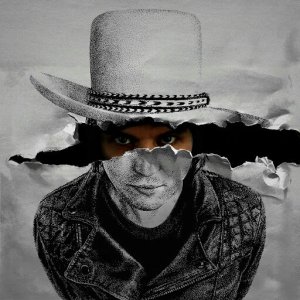 Earlier this week, I discussed Ward Davis and his relationship to frequent collaborator Cody Jinks. Well, it’s time to finally knock this album out of my backlog and discuss another frequent Jinks collaborator, Tennessee Jet, who fits less within a rough-edged country mold and more with, say, the folk tendencies of Townes Van Zandt or ‘80s-era Steve Earle. Granted, I’d also call him the quirkiest writer and performer of that trio, which is why his earlier albums scan as somewhat scattershot and flabby, even though the potential is certainly there.

So, with Jet pivoting toward a more distinct country sound with his latest album … I’m still not sure what to make of it, given that it features two covers, two songs previously recorded by Jinks (that I’ve discussed, at that), and an opening song that rips the riff directly from Bob Dylan’s “I Want You.” The album certainly wears its influences on its sleeve, yet the irony comes in Jet singing these folk songs from a modern perspective. Indeed, on writing alone, this is easily Jet’s most interesting release, exploring the intricacies that come with being a writer and performer who knows he’s mostly working within the shadows. It’s why there’s so much simultaneous angst and bite in the hook on his take of “Someone To You” compared to Jinks’ from last year, because he’s the artist who hasn’t “made it” yet and isn’t quite sure if he wants to anyway. Again, I find myself referring to it as a quirky release, rather than an outright throwback. Yes, there’s the “Pancho & Lefty” cover – which makes way too sense with the general poetic meter, vocal tone and style of this album – but he’s more interested in bringing in a few modern voices to help him sing it, including Jinks, Elizabeth Cook and Paul Cauthen.

Of course, that’s also a moment where there’s too many cooks in the kitchen, and for as neurotic and ambitious as this album can feel, it can feel scattershot as well, and I’m still not sure whether that’s a feature or a flaw. I might not be as wild about a few of the basic cuts in “Stray Dogs” or a few of the acoustic ballads, but there’s an unhinged rage to “Johnny” that shows a ton of unique flavor and potential in matching Jet’s writing with a more distinct sound. But it’s not for a lack of trying; with Dwight Yoakam’s touring band playing on this record, it’s easy to tell that this album is mostly trying to bridge the gap between the ‘70s singer/songwriter-driven side of country music and the alternative boom of the ‘90s, both of which strengthen the album’s thematic arc of trying to write the best song, rather than the most popular one. Then again, with the fantastic bass groove driving “Hands on You,” sometimes it can be both. But take “Johnny,” which is a tribute to Johnny Horton’s infamous prediction of his early demise, yet thrashes with a fury akin to the nastier garage-rock tendencies of the alt-country boom. It works, too, mostly because the album’s lyrical focus of personal paranoia and self-destruction fits that sonic palette just as well as country music does.

Of course, it’s on the note of that song where I’ll say that, for the most part, the writing is incredibly solid, especially in the poetic structure of tracks like “Sparklin’ Burnin’ Fuse” or the self-critical ode to a musician lifestyle on “Off to War.” On the flip side, though, there’s the title track, which tries to work a breakup track around a hook of missing her “like the country radio don’t play no more,” and it just feels like it’s trying too hard to be clever on an album that mostly does that on its own. Which is to say that, on influence alone, this album is right within my wheelhouse, but I don’t think it’s great just yet. Still, there is something to appreciate about the nature in which it was intended, which means I’m definitely interested to hear what’s next. (Decent 7/10)

One thought on “Quick Draw Album Reviews: Gold Grass All Over The Country”