Tracy Lawrence celebrates 30 years in music with the first installment of an eventual three-volume project … and also arguably makes his best project in years.

The last time I discussed a Tracy Lawrence album, I made a comparison to Mark Chesnutt and the criminally forgotten acts of the ‘90s that’s made too much sense in the years since. Because, yeah, it just dawned on me that those acts debuted 30 years ago now, and examining where they are now is an interesting case study.

That is, provided they’re still actively making music. I mean, I could pinpoint the resurgence that’s occurred in recent years from legitimately great comebacks from Pam Tillis and Reba McEntire (who debuted in the ’80s but also found success then), the upcoming comeback effort from Alan Jackson, or the attempt at regrouping by Brooks & Dunn. But I also immediately think of how we lost an act like Joe Diffie way too soon, and the thing is, a lot of those acts from that era are still mostly in a weird holding place between being past their commercial prime and still awaiting that deserved legend status.

Now, what prompted me to review Tracy Lawrence’s newest album in full instead of including it in an eventual roundup sort of came out of the blue. A friend of mine made a good point that other ‘90s acts like Clint Black and Travis Tritt are also still around and receiving legitimate attention … but for the wrong reasons, one of them being subpar music that doesn’t compare to their earlier work, all while someone like Lawrence has remained consistent but has never quite ascended to that superstar status or has received the same amount of attention today.

Granted, that’s a fitting way to describe Lawrence’s career in full, and part of the Chesnutt comparison in my last review came from the fact that acts like them and Joe Diffie churned out super solid music throughout that decade, but also never broke through beyond that and mostly faded away by the 2000s. Call it a case of the material sometimes being too slick for its own good or make the fair point that they were more performers than they were songwriters then, in comparison with someone like, say, Alan Jackson, who balanced that fine line better. It’s only just now dawning on me, though, how much more active Lawrence has been in the years since. Yes, he hasn’t released a ton of new, original studio music over the past decade or so, but what he was delivered has mostly carried the same solid, uniform quality that’s framed the bulk of his catalog, even if the actual material hasn’t always been there – I liked 2019’s Made in America, but it had its rough spots. Anyway, this newest project is the first installment in an eventual three-part project chronicling Lawrence’s 30-year-run in country music, and given that this is reportedly the only one to feature wholly new material, let’s see if this celebration is worth it. 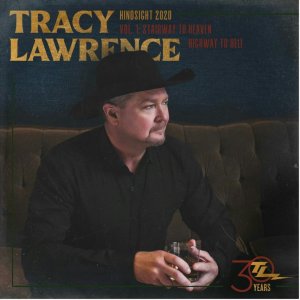 You know, I went further with that aforementioned Mark Chesnutt comparison in that last review when I compared Tracy Lawrence’s last album to Tradition Lives, Chesnutt’s 2016 comeback effort that may have made for his best-ever offering. This isn’t quite on that same level, but the comparison feels more earned here, because this may be Tracy Lawrence’s best project in years. Yes, it’s straightforward and fits a wheelhouse of sounds that I like, but … I don’t know, call it a case of consistency winning out or the highlights being fairly potent, but this was a nice surprise for me. After being on the fence with it for some time, I’ll say it – it’s a great project.

Of course, it’s the type of remarkably solid neotraditional country record that’s straightforward in a way that doesn’t give me many discussion points to work with, which is honestly fine. If you know Lawrence or the era in which he thrived, you know what to expect here. The electric guitars are bouncy and rollicking to keep the momentum going, the acoustics have a lot of great warmth to them to accentuate the melody lines – as does the prominent organ, – and there’s plenty of fiddle and pedal steel to update a familiar sound for the modern age with the slight uses of sharper reverb. Sure, the actual song structures can feel a bit basic at times, but Lawrence makes up for it with generally solid hooks and by taking some of these tracks in interesting directions.

Now, the few moments that don’t stand out as much carry some added problems in the writing, and though I’ve enjoyed “Lonely 101” for what it is ever since I reviewed it, the generally chipper fiddle tones do make the tonal choice of the content a bit jarring. That doesn’t mean simple is bad, mind you. The darker, driving interplay between the lead fiddle melody and bass line on “Whole Lotta Me” reminded me of John Anderson in a really great way, and I enjoy the generally brighter blast of the driving, crunching electric guitar mixed against the organ to accentuate the groove on the title track. But what I love more is how this album doesn’t immediately play to those expectations of what to expect from that sound, or Lawrence, for that matter. I love the generally minor melody that supports a strong hook on “Struggle, Struggle,” just as I do the liquid touches of bass and piano driving the surprisingly dark “If I Could Give You Anything.” And that’s before mentioning the warped smolder added to the electric guitars for an added crunch on the decidedly anti-drinking sentiments of “Water,” or that between the chugging percussion and swampy bass, “Knowing” reminded me of a great ‘70s-inspired cut that worked surprisingly well for Lawrence. And though it plays into generally cheesy ‘90s-country ballad sentiments, between the general warmth augmented by the string flourishes and tempered acoustics on “Summer Snow,” the song became a moment I didn’t expect to work for me but did. It’s a surprisingly beautiful moment.

Of course, part of that has to do with Lawrence himself, and while he’s always been a technically great singer, he’s never been outright iconic. Still, I’ll take earnest and likable any day, and what I’ve always liked about his delivery is its expressiveness. Even though some of the sentiments can default to clichés in the actual framing of the content or lack the stronger details to push them further, Lawrence has the earnest passion to make up for it. Even just on a technical level, when he plays toward his lower register on tracks like “Water” and especially “Knowing,” it’s a great fit that I wish he played around with more here. And while I’d cite “Hard Times” and “You Only Get One” as the two weakest tracks here, I don’t doubt that Lawrence believes what he’s selling on either one of them. What didn’t convince me as much was “Whole Lotta Me,” the familiar observation of time that tries to paint Lawrence as this restless, tried-and-true troubadour, when I’d argue the title track works better for being a little more self-aware, looser, and all around more fun.

Granted, that’s a good segue into the content itself, where those aforementioned conversations of time slipping away and noting that age and distance somewhat frames the album, if only loosely or in its subtext at times. Again, it’s all pleasant and likable, and it doesn’t carry the outright duds of that last album, but I would also say the writing is only mostly really solid here across the board – not quite great. Maybe it’s because Lawrence is obviously painting some pretty broad sketches here, but “You Only Get One” is the sort of track where you can tell what it’s about in the title alone, detailing how we only get one of some of the most important things in our lives, including life itself (though I disagree with one line – you can certainly have more than one favorite song). And “Hard Times” is the obligatory “pandemic-themed” song that’s not detailed to the point of actually addressing it, instead choosing to default to generic platitudes of unity and “we’re all in this together” sentiments that ring hollow.

Again, though, sometimes simple isn’t bad. While I would have preferred some general closure on “Struggle Struggle,” I respect the intent and message to hold out hope even in the worst of times. What surprised me more was “If I Could Give You Anything,” easily the album highlight for me, especially when it carries a darker subtext of neglect and abuse a significant other carries over from a past relationship into their current one, causing them to distance themselves from everyone around them. And while Lawrence plays the role of the significant other in the new relationship, he (thankfully) eschews any judgment toward her and only ever tries to understand where that hurt stems from and wants to help her push past that, and it was a surprisingly excellent moment I didn’t expect so late on the album.

Granted, between that song and “Knowing,” the album does end pretty strong, and the entire project as a whole is remarkably consistent and likable. But if I had to question whether it surpasses pure consistency to deliver something genuinely great, I’d argue in its favor. Between “Struggle Struggle,” the title track and those other two aforementioned tracks, this is some of Lawrence’s best work in a long time, and while it’s meant to be a celebration of the past, it’s a testament to the present, too.