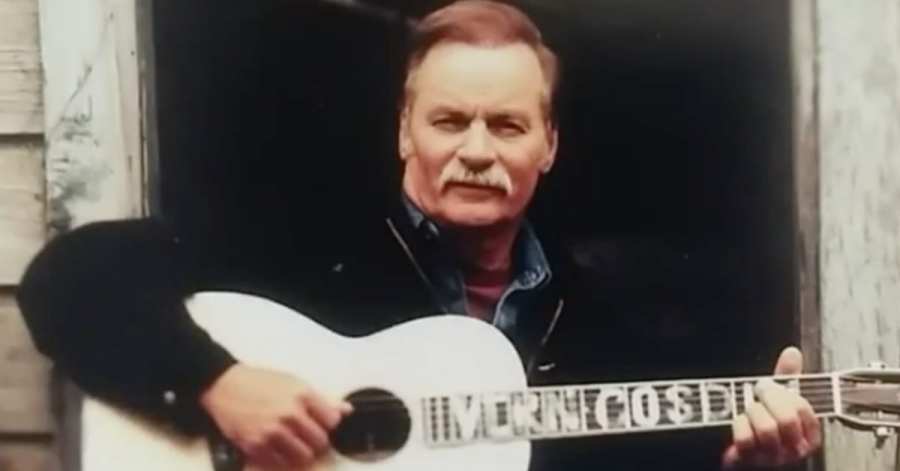 The Unbroken Circle is a recurring feature where I discuss classic country songs, or, in cases like these, discuss a classic artist at length.

With one of the finest, purest voices in all of country music, Vern Gosdin came in time to be known not only as “The Voice,” but also, according to Tammy Wynette, the only other singer who could hold a candle to George Jones. He was 42 years old when he had his first solo chart hit in the late 1970s, and further success wouldn’t materialize for him until the late ’80s. He remained Nashville’s best-kept secret for a time for cutting pure honky-tonk at a time when the industry favored younger acts, but his story by no means starts there. One would have to trace things back to his modest success with his brother Rex in the Gosdin Brothers, or even further back to when he was cutting bluegrass music in California with Chris Hillman and Don Parmley in the ‘60s, or even further to gospel radio in Alabama during the ‘50s.

Of course, like with all of these stories, it’s best to start at the beginning and work our way up. As a child growing up in rural Alabama, Gosdin grew up listening to the Grand Ole Opry on a beat-up radio with his two brothers. The Gosdin brothers were fond of acts like the Blue Sky Boys and the Louvin Brothers, and together tried to emulate those same harmonies when they joined the Gosdin Family Gospel show on Birmingham radio in the early ‘50s.

They liked bluegrass music, too. And a vital strain of it – related but distinct in comparison with the kind started by Bill Monroe in the Southeast – surfaced in Southern California in the late ‘50s and early ‘60s, just as the style was becoming popular with folk listeners. While small at first, the community made up for its size in passion and innovation, laying the groundwork for what would later become known as country-rock. Three important groups became successful during this time, including The Kentucky Colonels, which eventually found itself appearing on the Andy Griffith Show, as did the Dillards.

There was also the Golden State Boys (eventually renamed the Hillmen), comprised of Chris Hillman, Don Parmley, and Vern and Rex Gosdin, which attracted attention through Hillman but disbanded all too quickly. The group made one recording around 1963-64 that was released long after disbanding, and while Parmley left to form the Bluegrass Cardinals, Hillman helped shape rock ‘n’ roll history as a founding member of the Byrds, then later teamed up with temporary Byrds member Gram Parsons in the Flying Burrito Brothers. The Gosdins shared a manager with the Byrds, and when Gene Clark left the band in 1967, his first album was titled Gene Clark with the Gosdin Brothers, which also featured Hillman and Michael Clarke of the Byrds, Doug Dillard, Leon Russell and Glen Campbell. Together, the brothers had their own top 40 country single, “Hangin’ On,” on Bakersfield International Records.

Further success was not imminent, however, and the two later left music to take day jobs in Atlanta, Georgia, in 1976. The story obviously doesn’t end there, though. That same year, producer Gary Paxton convinced Vern to record a new version of “Hangin’ On,” as well as “Yesterday’s Gone.” Gosdin agreed, but only after convincing his West Coast pal Emmylou Harris to fly to Nashville for a demo session to contribute harmony vocals, which she did. Those single later became Gosdin’s first country hits for Elektra. His third hit, “Till the End,” featured another musical pal – Janie Fricke. He finally found consistency after a few label changes, penning hits for George Strait and collaborations between George Jones and Merle Haggard along the way. But he wouldn’t fine true success until he teamed up with songwriting partner Max D. Barnes. Together, the two crafted some of Gosdin’s best and most well-known singles. Rex Gosdin died in the early ‘80s, but after 15 years of struggle, Vern finally set out to make both of their dreams come true and live on in song.

Of course, struggle also lived on through Gosdin’s music, and his ability to convey gut-wrenching emotion came naturally. Most of his 25 top twenty hits between 1977 and 1991 were co-written about personal sad incidents in Gosdin’s life, including three divorces, one of which framed 1989’s Alone. You might not know that by his first No. 1 hit, however, “I Can Tell By the Way You Dance” – a song originally intended for Gary Morris and one not written by either Gosdin or Barnes. His producer wanted something upbeat for him to switch things up, and while Gosdin feared the song rocked too hard for his straight country delivery, it became his first chart-topper nonetheless. Still, he mostly stuck to ballads afterward, including through his peak years at the Columbia label.

He was dropped by his Compleat label in 1986, in part due to the label’s poor promotional and marketing capabilities. Merle Haggard offered Gosdin a chance to come out to his studio in California and work on an album intended to be marketed for television, but songwriter Hank Cochran came to the rescue first, helping Gosdin land a deal with Columbia and helping him pen future hits like “Is It Raining at Your House” and “This Ain’t My First Rodeo.” After the Gosdin/Barnes collaboration of “Do You Believe Me Now” rocketed to the top five of the charts, Gosdin was back in action. Rounding out his first album for the label was “Chiseled in Stone,” which became the 1989 CMA Song of the Year, as well as a tribute to a musical icon, Ernest Tubb, through his next No. 1 hit – “Set ‘Em Up Joe.”

Written with Cochran as well as Buddy Cannon and Dean Dillon, known for his work with George Strait, “Set ‘Em Up Joe” eventually became something of a tribute to Tubb’s 1941 landmark hit “Walking The Floor All Over You,” a No. 23 pop hit. Ironically enough, the Billboard country charts wouldn’t exist until 1944, so beyond the song’s well-cemented legacy, it also helped spur another single honoring it to the No. 1 country chart position in 1988. Gosdin would have one more No. 1 hit – 1989’s “I’m Still Crazy” – but his legacy is arguably best captured by the aforementioned “Chiseled in Stone.” Told as a conversation between a younger man having domestic issues and an older man in a bar, the iconic chorus is based on Barnes’ life. He lost his then-18-year-old son, Butch, in an auto accident in 1975, making lines like “You don’t know about lonely, or how long nights can be, ‘til you’ve lived through the story that’s still livin’ in me” all too real, which Gosdin conveyed effortlessly as if it was his own pain, and reminded listeners that life is a constant change of events.

That, sadly, became more evident by 1991, when Gosdin’s hits dried-up and a series of strokes halted his career and eventually ended his life on April 28, 2009. Though not as revered as other classic country singers from his era – perhaps because of the odd timing or because it’s foolish to record a Gosdin song knowing it can’t outdo the original – artists such as George Strait and Brad Paisley have credited him as an influence in the years since his heyday. It doesn’t make him any less underrated, but it does prove that “The Voice” lives on, in more ways than one.

One thought on “The Unbroken Circle: Vern Gosdin’s Echoed Voice”