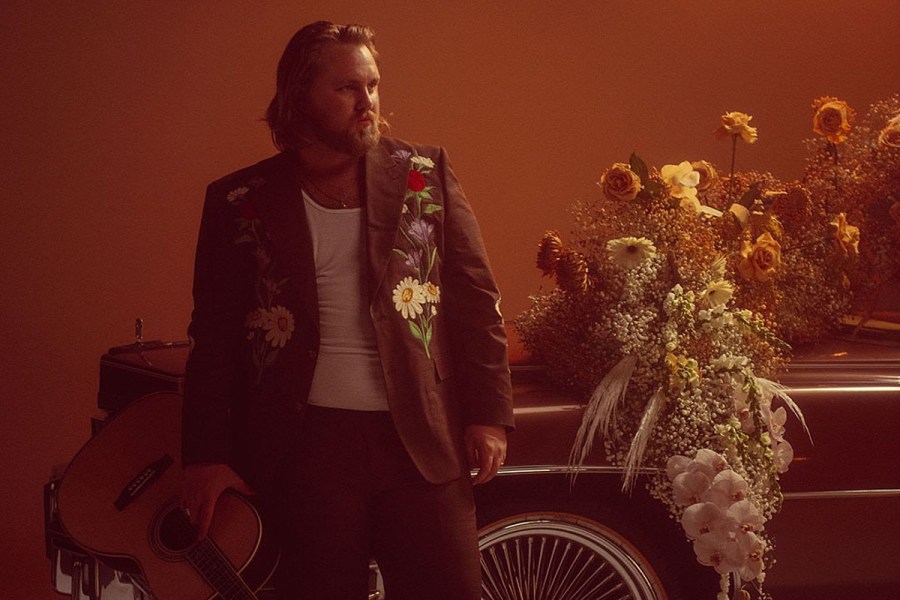 Oh, where to start with this one?

I reviewed ERNEST’s debut single a couple of months ago, and at the time I concentrated more on its (valid) controversy rather than the artist behind it. Even then, it was a strange case study – a fiercely traditional, waltz-like ode to the tried and true history of country heartbreak songs coming from – *sigh* – Morgan Wallen and … wait, who’s that other new guy again?

In all seriousness, establishing context in how ERNEST’s past work led to “Flower Shops” feels like an exercise in futility. He started as a country-rap artist (and not the Yelawolf kind, sadly) and also wrote songs behind the scenes for Wallen, Sam Hunt, and Florida Georgia Line, and today is mostly associated with Wallen and HARDY.

Yeah, suffice it to say, it took some time for me to muster up the desire to dive any further, and even then I went in with some low expectations. But there’s an interesting discussion to be had here. For one, given how well “Flower Shops” is doing on all fronts currently, this could be the start of the next big thing in mainstream country music, or maybe not. But unlike Wallen and HARDY, right out of the gate I actually like something of ERNEST’s, so … you know, maybe I won’t have to be the contrarian bad guy I’ve set myself up to be here?

Honestly, my verdict with Flower Shops (The Album) is that it’s surprisingly better than I expected, but also less interesting, as well. Again, I’m not a fan of either aforementioned artist associated with ERNEST, but at least they’re detailed enough writers where I have a lot to say about the material itself. This album is pretty solid, but also feels workmanlike in its execution and lacking a cohesiveness to stick with me more. The main draw with this album thus far has been that it’s a surprisingly traditional affair in the vein of “Flower Shops,” and while there’s a part of me that knows how country critics tend to overpraise certain artists pushing toward this sound, I do think the praise is warranted, even if “Sucker For Small Townes” rips off the main melody line from George Strait’s “How ‘Bout Them Cowgirls” (and it’s not the first time that’s happened with this artist, apparently). For one, there’s a surprising commitment to pushing the sound without making it feel inspired by a past era or a throwback gimmick. And between copious amounts of rich pedal steel not only bleeding through but outright defining these more atmospheric mixes at points, you do get some really great, burnished slow-burns.

Of course, I think the bigger appeal for me is less that it’s traditionally minded and more just committed to a greater organic presence, because when real drums come through to add a propulsive swell and groove to the more contemporary “Did It With You,” it works really well regardless. That’s not to say it’s completely perfect or that there aren’t moments in “What It’s Come To” or “Some Other Bar” where the instrumentation and vocals feel overstuffed and overmixed, or that ERNEST is a unique enough presence to carry something like the soulful “Classic” all that well; he’s only a slightly better singer than Wallen, and that’s not saying much.

If anything else, though, I’m just not sure this album is doing much with its sound other than impressing listeners with the surface elements, because this is a surprisingly quaint, low-key listen that can tend to drag in pacing even at just a little over a half an hour. And if we were getting great heartbreak tracks like the title track pretty consistently it’d be one thing, but I think my main gripe with the writing is how nondescript it feels as a whole. The title track works really well because it mines a fantastic hook out of that heartbreak the way a good traditional country song would and feels better fleshed-out for it. And in a way, self-reflection of one’s own past actions could be considered a minor thematic arc for this album, but I’d say it’s relegated more to a few individual highlights like the title track, the confessional and damn-near intimate “Comfortable When I’m Crazy,” or even the self-aware admittance of his alcoholism and its problems on “If You Were Whiskey.” Otherwise this album just seems to be lacking in greater drama or heft to justify the consistently tranquil vibe and feels unfinished in comparison to those highlights. His love with a partner on “Classic” is going to go down in history just, you know, because, and he’s got some demons to work out on “Feet Wanna Run,” but what they are feels like it’s better explained on other tracks. And the thing is, even when just addressing the basics, I like a surprising amount of this album more than I don’t. “Sucker For Small Towns” is corny but not overdone, and the strings do support a good melody and hook. I just wish there was more unique flavor to latch onto beyond a familiar sound. For now, good, but where it goes from here is anyone’s guess.

One thought on “Album Review: ERNEST – ‘Flower Shops (The Album)’”