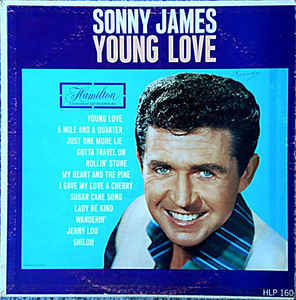 Pop Goes The Country is an ongoing feature where I explore country music’s biggest crossover hits.

After weeks of discussing cowboys, boogie tunes, war and government conspiracies, it’s time to move on to something else with this feature. Considering this feature is meant to explore country music’s biggest crossover hits, it should come as no surprise that not all of these stories are necessarily beneficial to country music’s sanctity.

In November 1955, Steve Sholes signed Elvis Presley away from Sun Records for $40,000, a move deemed so risky that his career would have ended had it not worked out. What happened ushered in one of the greatest changes ever to overtake the Nashville game.

In Sholes’ own words, country music needed to change. When addressing country DJs, Sholes said, “Your older listeners who want old country music sounds are wonderful people. They’re the backbone of this country, loyal radio listeners, but they don’t buy records. Not enough to keep us in business. Not enough to keep the old-fashioned country artist in guitar strings. It’s the kids who … want and buy the newer sounds.”

Remember, country music DJs were still a relatively new phenomenon themselves, so once Presley found massive success, they began to chase those dollar signs. Hal Smith, Ernest Tubb’s booking agent at the time, said, “we came to the conclusion that the best thing to do would be to get out of the business.” Of course, Tubb hung around, but things looked rather grim for him and other veterans in 1956. Teenagers simply didn’t want older country music.

Because Presley had been signed by RCA’s country music division, the head offices of other major labels hounded A&R chiefs to find the next Presley. But it wasn’t quite time yet for a few artists such as Buddy Holly, Johnny Burnette and Conway Twitty. Their day would come soon enough. Of course, older artists were forced to try to adapt to … mostly poor results. George Jones became Thumper Jones while Buck Owens became Corky Jones; it wasn’t pretty.

But really, Presley represents the entire theme of this feature – opportunity, not a threat. It’s not like these crossovers were new. We’ve already discussed eight of them, and it all started when the National Association of Broadcasters boycotted songs by ASCAP, because ASCAP had raised its licensing rates by extreme amounts. In response, the NAB formed its own song-licensing agency, BMI. BMI cultivated areas ASCAP had ignored, namely country music. What Presley represented was an opportunity for artists to crossover with their original songs.

And if you were wondering if we were ever going to finally discuss Sonny James, here we are. While veterans were now struggling in the industry, artists such as James and Ferlin Husky, an artist already featured through this series, struggled heavily. For Husky, the problem came from a dried-up well of hits. For James, he had some minor hits, but nothing spectacular.

At the end of October 1956, Ken Nelson of Capitol Records flew from his base in Los Angeles, California to Nashville, Tennessee. Atlanta music publisher Bill Lowrey wanted to license a record given to him by a kid called Ric Cartey. The top song was a rockabilly song called “Ooh-Eee,” but the B-side was a cut that Cartey and his girlfriend composed titled “Young Love.” Nelson had James in mind to cut the song.

Simply put, “Young Love” represented the smoothing over of country music. There was no fiddle or steel guitar, nor were there any lyrics about pain and sorrow. Instead, James smoothed his vocals and incorporated an electric guitar into a song about exactly what the title says it’s about. By February 1957, “Young Love” had become a No. 1 on the pop charts. James remembers Nelson telling Lowrey that “Young Love” would be a hit despite James and Lowrey being skeptical. It was Nelson’s idea to bring the chorus into the mix, possibly because Dean Martin had scored a pop hit on Capitol with “Memories Are Made Of This.”

If anything, “Young Love” proved to A&R representatives what they could already see from artists such as the aforementioned Tubbs and Jones – why polish older country singers and make them perform rock ‘n’ roll when there was fresh young talent who still had time to change their sound? Not that James was ever really rockabilly, but his songs afterward carried a youth consciousness within that was prevalent at the time. This is also the first notable edition of this piece where the friction between country fans and outsiders to the genre was really starting to heat up. As for now, this conversation will be continued on the next edition of ‘Pop Goes The Country,’ where we’ll discuss the ever versatile Marty Robbins.