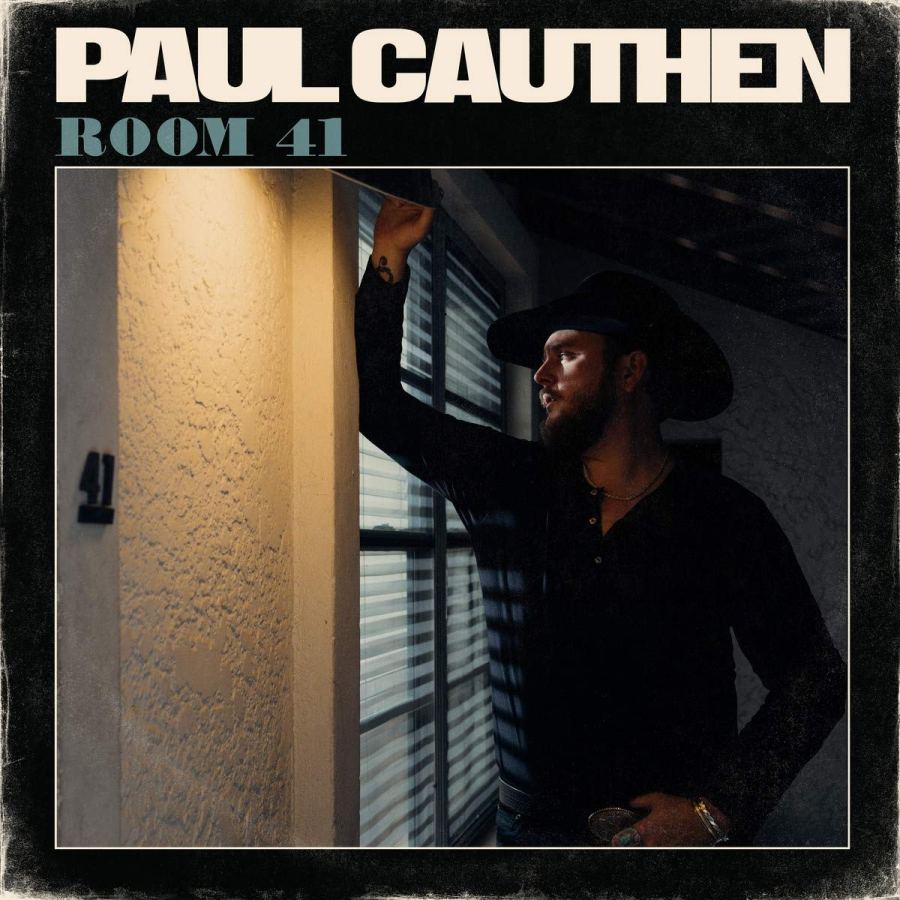 The long version: I can’t believe I’m about to say this, but Lana Del Rey makes for an interesting conversation as an entry point into this review.

Not to dive too deep into the controversy, where she angrily responded to Ann Powers’s review of her latest album, but it does bring to mind the role of a music critic in 2019 (even a wannabe one). Some will argue critics are no longer needed, given that consumers don’t need music recommendations thanks to the rise of streaming. But people have been buying into mass-marketed music since (at least) the dawn of radio, with radio playlists now replaced by streaming playlists that are oddly starting to replicate radio playlists, critics be damned. As such, in this writer’s opinion, critics should work to foster analytical discourse from their own perspective, not bolster public opinion or try and provide recommendations.

But that’s a discussion on the relationship between the critic and reader, which should always be an even-level playing field. For artists, critics have never served as connoisseurs looking to coach the artist to be better, but rather as objective observers looking to frame how well the work accomplishes its goal, for whatever one individual opinion is worth anyways.

And while I’d say there should be a distance between what both parties do, those lines do intersect sometimes. Paul Cauthen’s naturally booming, bellowing voice immediately drew comparisons to Johnny Cash on his 2016 debut album, My Gospel, with the actual style feeling closer to Roy Orbison. In other words, while Cauthen was an obvious natural talent, he wasn’t a distinct performer yet, but that’s a common criticism of debut albums anyway. And, in fairness to Cauthen, the album scanned more as him wearing his influences on his sleeves rather than letting them hinder the actual quality of the work.

A 2018 EP certainly didn’t show much growth, though, as Cauthen worked backwards to directly copy his influences instead of standing on his own two feet. But his second full-length album, Room 41, looked to shed those aforementioned criticisms, inspired by a deep spiral into the darkest throes of depression as Cauthen’s would-be-marriage collapsed and he retreated to Dallas’ Belmont Hotel on an alcoholic, drug-fueled spree. It’s an obviously dark background story, but it certainly didn’t reflect the lead singles leading up to this project, which found Cauthen infusing elements of disco and funk into his music that rarely worked. Still, Room 41 could have been the chance for Cauthen to step out from the shadows and define himself as an artist if he could find a way to make the new style work.

But while the background surrounding the album is uncomforting, Room 41 is a step backward for Cauthen in every way imaginable, and like with his 2018 EP, it finds his gimmick overshadowing his actual music. Sure, there’s a more definable style here, but only for those wishing for a combination of the worst of ‘80s pop and country music and disco; otherwise, Room 41 feels like the kind of work that won’t resonate beyond a cult following buying into an image.

Admittedly, that’s a harsh way to describe what could be a deep, complex album, but the ultimate Achilles’ heel here is that Cauthen can’t let the music overshadow the gimmick behind it all. The most obvious example is “Cocaine Country Dancing,” which has garnered more attention for its music video than its quality as a song, though it is likely the only track here that’s remotely decent.

Cauthen himself is both an asset and a detriment to this project. His deep, billowy voice is the biggest attention grabber, and to be fair, the direct Cash comparisons aren’t as prevalent on this album. But this also means his singing style isn’t natural, but rather one that’s got a thunderous magnitude to it that adds weight to his work. But while Cauthen is excellent on a technical level, he lacks subtlety and nuance as a performer, often selling his material in ways that can only be described as overwrought and heavy handed.

This is a note on the content to be addressed later, but Cauthen finds himself torn between his dark side and the side of him seeking redemption on Room 41, with the former trait overshadowing the front half of the project. While tracks like “Holy Ghost Fire” and “Cocaine Country Dancing” have fairly decent grooves to them, Cauthen tries to sell himself as a hell-raiser, yet fails to sell these tracks as anything but ridiculous. To hear Cauthen talk about tracks like this in interviews, where he acts like some dark, foreboding, reckless figure, reveal that he’s not proud of this point in his life, yet if one were to hear these songs without that context, all they’d hear is glorification of the some of the cheesier sentiments of ‘70s outlaw country.

And considering that Cauthen sells just about every track here with a serious, lower-registered hangdog roughness, he lacks any sort of charisma or warmth to make these tracks work; he tries to play things slick and cool, be he’s not convincing in the slightest. It’s almost comical to hear him prop himself up as someone you don’t want to mess with on “Big Velvet” or “Freak,” for example. That’s not to say Cauthen can’t evoke authentic emotion every now and then – “Prayed For Rain” is a somewhat passable ode to redemption, and there’s a ghostly atmospheric swell added to Cauthen’s cadence to give “Slow Down” some flavor – but beyond these tracks lacking substance in other areas, the former track finds Cauthen in uncomfortable territory in his upper register on the chorus.

The content is another issue altogether with this album, but for an album looking to explore consequences through various vices, the album spends more time trying to feel epic and huge rather than say anything meaningful. Granted, part of those issues also extend toward the instrumentation and production, the most notable changes from Cauthen’s past work. Sure, there were hints of disco and a slicker vintage pop sound on previous Cauthen works, but never have they been as prominent as they are here. The album does find a decent hook and groove every now and then, but the tones feel too muddy and bland to evoke anything close to warmth or even something fun.

Something like “Holy Ghost Fire” sets the mood for the album right away, with the murkier synths never doing the track any favors along with the percussion that nearly clips the mix. And that’s the problem with Room 41 in general – it’s a dance album that tries to be slick and cool, yet never blends well with Cauthen or the content. The synth tones feel too dour, and if the album is going to try and play to darker territory, lyrically, the last thing you want is for the listener to feel like they should be out on the dance floor instead. Beyond that, the tones just feel underweight and sloppily mixed across the board, with the worst example being the warped, compressed, jagged synth tones on “Freak” not helped by Cauthen’s monotone performance.

The only moments in this regard that do work come in flashes – “Can’t Be Alone” has a decent solo to it, and “Cocaine Country Dancing” is probably the only track that pulls the sound off effectively, blending thick, heavy drums with a darker-sounding bass that actually feels as meaty and gripping as it’s trying to be.

But as I’ve alluded to many times in this review, there’s no saving graces in the content. Room 41 could work decently as a concept album about destruction and redemption, but when the album finds Cauthen acting ridiculous more than sincere, it’s hard to take this all that seriously. But truthfully, Cauthen’s writing has always been fairly shallow, and this isn’t much different; it’s just that on past works, certain songs like “I’ll Be The One” and “Marfa Lights” could transcend that criticism by being well-crafted, catchy pop songs. Here, Room 41 doesn’t really know what it wants to be, one of many problems here. There’s not much weight added to Cauthen’s comparisons of love to being like a spiritual reformation on “Holy Ghost Fire,” and to repeat the million dollar criticism again, it’s just too gimmicky for its own good.

And Room 41 never feels truly personal, instead opting for something broad and epic to capture a sentiment over real nuance, and tracks like the clichéd ode to overcoming adversity in “Prayed For Rain” and his literal conversation with Jesus about loneliness on “Can’t Be Alone” are tracks that feature cool concepts, but never rise above overwrought mediocrity. On that note, Cauthen also decided that adopting the mainstream country trend of pulling from placid religious iconography to craft “deep” material was a good idea, and it wasn’t.

But even if we were to pretend Room 41 was about lessons learned, there’s a certain pride taken in songs like “Cocaine Country Dancing” and “Freak” that undermine the sentiment altogether. The only tracks that don’t try to paint Cauthen as some sinister badass are “Give ‘Em Peace,” an exercise in the Hallmark method of dealing with forgiveness, and “Lay Me Down,” which is admittedly decent, but way too sleepy to hold attention this far into the album. And all “Angel” is missing is the infamous pickup line asking her if it hurt when she fell out of the sky to wrap up the usual segment of these kinds of albums where the hero finds a love interest.

All of this isn’t to say that Cauthen should pour his entire heart and soul revealing details he doesn’t want to, but when the focus of the album is going to extend toward those themes anyway, you might as well make interesting art while you’re at it. Instead, Room 41 is a muddy, dark-sounding project that doesn’t know if it wants to scare its listeners or get them out on the dance floor. Cauthen remains a natural talent, but he lacks any distinctive character as a performer, coming across as boring rather than frightening. Finally, the writing isn’t much more transparent than usual, but it’s the first time it’s ever been a real issue on a Cauthen project. This leaves Room 41 feeling like a moment where, yes, Cauthen found a unique sound, but not a particular good one, and one that won’t stick around for long.