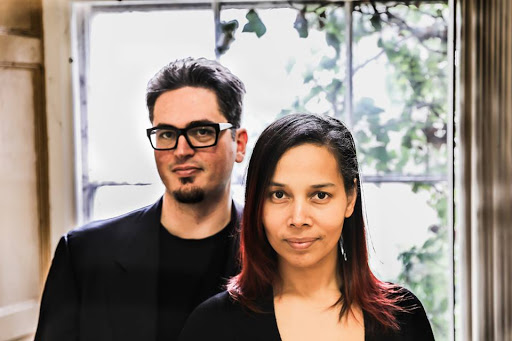 By framing ‘They’re Calling Me Home’ as universal in its approach to life and death, Rhiannon Giddens and Francesco Turrisi have crafted an album that speaks to the here and now, and will continue to long afterward.

I’ve been itching to delve deeper into Rhiannon Giddens’ work through reviews for a while now, especially given that I missed out on covering 2019’s there is no other and have no excuse for why I didn’t other than, “I wasn’t ready.” I think it’s taken time for me to develop the proper mindset to approach her works and offer the perspective they deserve, try and fail as I may, given that I mainly approach perspective within my own reviews as something that stems from my own personal enjoyment and little more.

It goes beyond me here, though, given that Giddens’ works are as much historical narratives as they are albums to simply enjoy, be it through her past work with the Carolina Chocolate Drops, her solo work, the Our Native Daughters collective, or her work with Italian instrumentalist Francesco Turrisi. It’s an engagement with the past and specifically one with Black America that frames all of those works, from her reclaiming the banjo of her ancestors to reviving old stories so they can live again. Her works with Turrisi thus far have had more to do with exploring the past from a specific musical perspective, threading together traditional Italian sounds with opera, bluegrass, country, and folk that can co-exist together without hesitation – there is no illusion of an “other,” in other words, as that 2019 album implies.

And I bring up that last album to frame the narrative behind her newest work, one reportedly informed by the pandemic and the isolation that’s come with it, but also to show that those connections – personal or musical – are integral to survival and harmony, even if this album also doesn’t shy away from the darker aspects of the past year and a half. In other words, while I am burnt-out on attempts to try and capture those moments, sometimes we have to look to the past to understand the present. And there’s arguably no better way to do it than through Giddens and Turrisi’s scope. 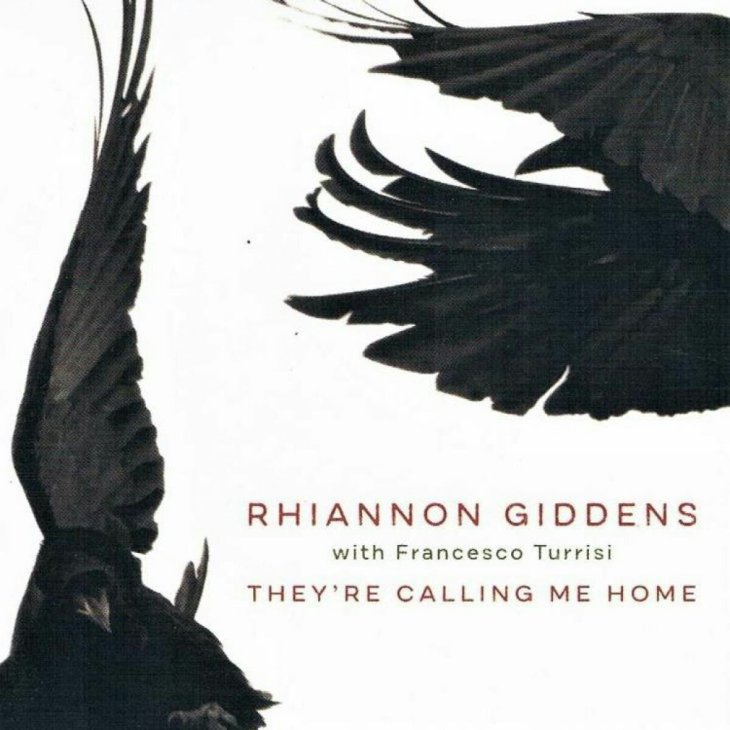 And, oh, does it ever work. While I would say the heavier focus of this album does, as always, provide a challenging listen that requires a deeper analysis, not only would I also call it the more accessible album of the two spurred by this collaboration and Giddens’ most accessible work yet, I would also say it’s just excellent no matter which way you cut it.

I mean, that it starts with its title track that finds peace through death reminds me of the first track from Dave Cobb’s Southern Family compilation album, in which John Paul White’s own first line is, “you’re gonna die.” And indeed, this album is also about longing for a place and connection that comes in various means, from the aforementioned spiritual release through death of its title track to flipping the script toward the opposite end of the spectrum with the take on “O Death,” about holding off that inevitable end until some sort of physical meaning is found. Different perspectives, but ones that come to the same general conclusion that we’re always searching for some greater meaning or release to justify our work on Earth, and that there’s a connective thread between all past works in some way. And with both artists recording this while isolated in Ireland, it gives tracks like the original “Avalon” a greater sense of urgency in its journey home that, while written a while ago, fits in best on this specific project, especially when the faith to find that catharsis and meaning gets tested through the takes of “Black as Crow” and “I Shall Not Be Moved.” Of course, it’s also the original “Avalon” that leaves me wanting a final verse to not leave the ending so open-ended as to the conflicts that await its character after that journey home, too.

But to pick up the writing and add another dimension to it, we have Giddens herself, whom I’ve always loved and appreciated for her wide technical and emotive range. Again, I feel the need to highlight the parallels between the title track and “O Death” as examples, and how she adds a solemn respect to the sentiment of the former while adding that needed urgency to the latter track. Indeed, respect for these old songs is what’s always noticeable about her tone and delivery, from capturing a weary optimism on “I Shall Not Be Moved” that, despite its title, could easily be shaken but will not be broken, to doing it again on “Waterbound.” Plus, the multitracking in the vocal harmonies adds an echo desperately needed to reinforce songs like the former or help inspire the pure adventurous yet still uneasy rush of “Avalon.” I don’t want to discount Turrisi’s contributions beyond his instrumental ones, either – not when his lullaby to his infant daughter adds a sweetly nice touch toward the end on “Nenna Nenna.”

But, hey, speaking of – the music is pretty fantastic, too! And while it’s Giddens that carries the otherwise sparse title track and “When I Was in My Prime,” I also love the skittering percussion and spike of cello that adds a sense of adventure to “Avalon” as well as the drawn-out fiddle and flute interplay that adds a harrowing sense of loneliness to the excellent “Black as Crow.” And that’s before mentioning the gorgeous liquid plucks that accent the gentler “I Shall Not Be Moved” and add a sense of calming warmth to “Waterbound” and the other instrumental of “Bully For You,” even if this is, ultimately, a dark album inspired its struggles, which is why the darker, wordless take on “Amazing Grace” is a far better closer than I ever could have expected. It’s an album where each part is purposeful in its progression and contributes to an album diverse in tone yet cohesive in execution.

Of course, like with a discussion of the album itself, it’s hard nailing down outright criticisms for the work. It’s damn-near note-perfect and excellently crafted, but I also would say that by piecing together the album arc from already established works instead of creating it, there’s never a sense of outright closure or cohesiveness in terms of its actual structure – rather a story that pieces itself together through the sum of its parts, even if, again, “Amazing Grace” and “Nenna Nenna” are the best notes to end on. And I know the aspects of framing it as a “pandemic” album may halt its longevity as a defining album in the way past works have become known for them and Giddens herself. With that said, it’s still excellent, and if that last album was about defining the musical tissue and muscle that connects our cultures, this is about framing the struggles that connect us as individuals, and as such rings louder for now, and will continue doing so in the years to come.